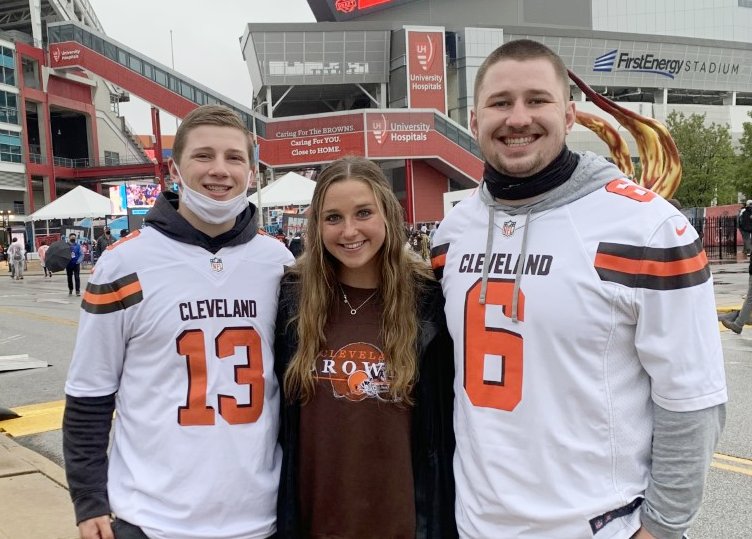 At Ohio’s Baldwin Wallace and Youngstown State universities, a trio of scholar-athlete siblings will leverage the NCAA’s interim name, image, and likeness rules to increase awareness for colorectal cancer by endorsing the national nonprofit Colorectal Cancer Alliance (the Alliance).

“Most of the deals so far feature big Division 1 football players with companies like Gatorade or Under Armour, not really a cause,” said Patrick Simon, who plays football at Baldwin Wallace. “This is something way different, and I haven’t seen anything like it.”

The NCAA decided in June to let college athletes benefit from their name, image and likeness by endorsing products and services. While the Alliance partnership will not include payment to the scholar-athletes, as many deals do, they will receive materials to help spread awareness and messaging support.

The siblings, including Youngstown State soccer player Mackenzie Simon and Baldwin Wallace footballer RJ Simon, felt called to increase colorectal cancer awareness after losing both their aunt and uncle to the disease several years ago. Their aunt, Maureen Train of Avon, and uncle, Marty Simon of Olmsted Falls, both died in their forties. Their grandfather was also diagnosed with colon cancer.

“Nowadays, the demographic of colorectal cancer is starting to get younger and younger,” Patrick Simon said. “It doesn’t get talked about much because it’s a weird topic. It’s butts and poop, and so it doesn’t get a lot of publicity. But if people don’t know about colorectal cancer and aren’t willing to talk about it, it’s tough to get screening done.”

The Simons have already started getting screened due to their increased familial risk. The rate of young-onset colorectal cancer, which occurs in people under age 50, is rising enough that screening guidelines were recently revised. People at average risk should start getting checked at age 45, according to the United States Preventive Services Task Force’s recommendations.

“Both our aunt and uncle had strong ties to their communities,” Mackenzie Simon said. “It was impactful to see how everyone rallied around them, even though they continued to put others above them. There was not a day that they did not show their love and compassion for others.”

“We care about our teammates, friends, family and peers around us,” Mackenzie Simon said. “If they get screened and catch this disease early, it can save their lives. The awareness aspect is really important.”

Feature image: From left to right, scholar-athletes RJ, Mackenzie, and Patrick Simon were inspired to raise awareness for colorectal cancer after the loss of their aunt and uncle to the disease. Their aunt, Maureen Train, was also an advocate of the Colorectal Cancer Alliance, a national nonprofit that the siblings now endorse.