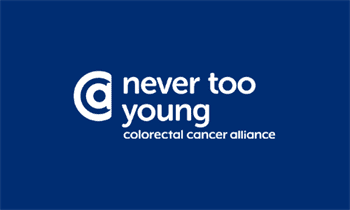 The Alliance’s latest Never Too Young Survey Report, based on data from a 2019 survey, provides key young-onset trends and findings. Among patient and survivors who responded to the survey:

885 patients and survivors completed the survey that included up to 140 questions. The majority of patient/survivor respondents (83%) were first-time survey participants. The 2019 survey included questions for caregivers, as it did for the first time in 2018. A separate report with those findings will be released by the Alliance later this year.

“The Never Too Young Survey Report is a critical tool in advancing our mission to end colorectal cancer in our lifetime,” said Michael Sapienza, CEO of the Colorectal Cancer Alliance. “Change is inspired by stories, and stories are fortified with data. Here we have real-world evidence on the traumatic impact of colorectal cancer on our young people, amplifying their stories and drawing attention to policy and healthcare improvements that will save lives.”

Several important gaps throughout the colorectal cancer journey and survivorship experience were identified through this survey. The findings further exposed a critical issue that young-onset colorectal cancer patients are diagnosed at late stages. This occurs due to multiple challenges around misinformation and medical providers dismissing symptoms brought forward by patients. Young-onset patients also wait to see their doctor after symptoms arise, and when they do seek medical advice, they frequently find that they receive incorrect diagnoses and that it requires multiple visits and numerous providers before finally getting to an accurate diagnosis. This indicates a knowledge gap, both among the public and the medical community, to identify early signs and symptoms of young-onset colorectal cancer. It is critical that these colorectal cancer symptoms move to the forefront of cancer education.

Lastly, the survey findings highlighted the unique challenges of cancer treatment for younger patients around fertility and sexual dysfunction, as well as pain and wellness beyond the course of treatment. Many patients still felt uninformed prior to or during treatment, even though the majority of young-onset patients indicate ongoing pain and side effects that change the trajectory of their daily life, and outcomes related to sexual function and/or reproductive health.

Colorectal cancer is the third-most commonly diagnosed cancer and the second-leading cause of cancer death in men and women combined in the United States. In its early stages, colorectal cancer is very treatable, with a five-year survival rate of 90%, making it highly preventable through early detection. On average, the lifetime risk of developing colorectal cancer is about one in 23 for men and one in 25 for women; however, this varies widely according to individual risk factors.

The Colorectal Cancer Alliance is dedicated to working with all stakeholders, including policymakers, to address the unmet needs in the unique and often overlooked young-onset population of colorectal cancer patients and survivors to improve their outcomes.

The full survey report can be viewed here.

Find us on social media: