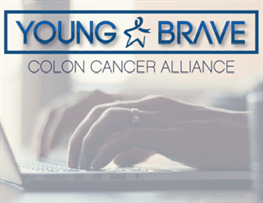 What do the statistics show?

What do these numbers mean?

These numbers show us that specific communities are affected by colorectal cancer at a disproportionate rate than others. Based on this information, there is a need to address these health disparities and prioritize interventions and resources on groups who are at the most risk. In response to this article, Medical Adviser and Senior Patient Advocate and young survivor Dr. Laura Porter said, “We know that in general African Americans have poorer outcomes with CRC regardless of the stage at diagnosis.  It makes sense that it would be the same for young onset.  What I find alarming is that the percentages in minority populations diagnosed under 50 are so much higher, at least 2 times, that of whites.  It has been recommended that African Americans start screening at 45 but these have not been incorporated into the national guidelines.  This is not the answer but a start at addressing the disparities.”

Want to learn more about colon cancer symptoms? Check out our website for a detailed list of common symptoms. Are you experiencing symptoms but can’t afford a colonoscopy? Through our Blue Hope Financial Assistance Program, we are able to offer no-cost colonoscopies to qualified individuals.

Our monthly Young & Brave blog series brings you the information you need to know about the latest in young-onset colon cancer. Don’t forget, the Colon Cancer Alliance serves as a source of information about colon health. If you have questions or are in need of support, please contact our free Helpline at (877) 422-2030.