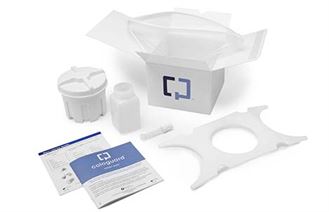 Since 1984 the US Preventive Services Task Force (USPSTF) has sought to improve health in America by providing recommendations on how to best prevent disease. However, in their newly released draft recommendations on screening for colon cancer, their approach seems to reinforce known barriers to screening by failing to endorse proven screening methods for individuals unable or unwilling to have a colonoscopy.

First, USPSTF provides inclusion in the guideline for FIT-DNA, available as Cologuard, in their draft only as an alternative screening test that may be useful in certain clinical situations. Cologuard is a screening test that the US Food and Drug Administration (FDA) approved in 2014. The Centers for Medicare and Medicaid Services (CMS) also approved FIT-DNA for Medicare reimbursement with an interval of every three years.

In this guideline, the USPSTF continues to endorse only the traditional stool-based test (FIT), which, has never been approved by the FDA but is simply “cleared” based on its ability to detect blood, not its ability to detect colon cancer. USPSTF notes that the FIT-DNA test is significantly better than FIT at finding colon cancer, but may be more likely to have a false positive, meaning that the test may report a positive result, for someone who does not have colon cancer. What they failed to acknowledge is that the test can also detect significant numbers of the most advanced precancerous polyps, allowing a significant opportunity for cancer prevention.

In this draft recommendation, the USPSTF does not recommend the FIT-DNA test due to the potential “harm” from people having a colonoscopy as a result of a false positive and instead endorses FIT which misses many cancers as it only looks for the presence of blood in the stool. The health risk from having a colonoscopy is extremely small (FDA estimates 0.68% adverse event rate); however the risk from colon cancer diagnosis could be fatal. The USPSTF appears to believe that the risk of having a colonoscopy is greater than missing the presence of colon cancer by a test that is already FDA approved.

According to the Centers for Disease Control and Prevention (CDC), screening rates for colon cancer have been stagnant for the last two years, leaving one-third of all Americans at risk for colon cancer—23 million citizens have yet to be screened. The Colon Cancer Alliance seeks to improve the screening rate and believes these two proven screening methods should be moved to a recommended stature by USPSTF to serve those who are unable or unwilling to have a colonoscopy. We most strongly urge the USPSTF to re-evaluate their recommendations and help ensure that Americans have access to all proven screening methods.

What are your thoughts? Visit the USPSTF website to read their draft recommendations and leave a comment to let your voice be heard!

Don’t forget, the Colon Cancer Alliance serves as a source of information about colon health. If you have additional questions about colon cancer screening or are in need of support, please contact our free Helpline at (877) 422-2030.