Obamacare Repeal: What You Need to Know Now 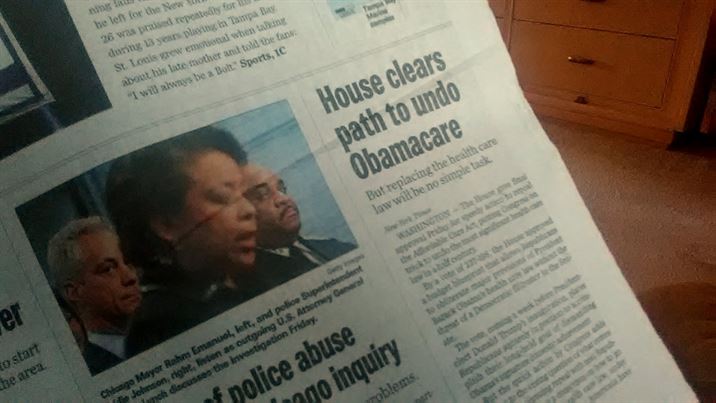 The Affordable Care Act (aka “Obamacare”) has been a divisive topic ever since its passage in 2010, with roughly half of Americans strongly supportive and the other half equally opposed.  Despite the passion that people on both sides feel,most Americans know little about the law itself and their views are often shaped by political affiliation or what they see on social media. With the start of the 115th session of Congress with Republicans controlling both the House and Senate and the inauguration of President-Elect Donald Trump this month it is now certain that the Affordable Care Act will be repealed but beyond that there is little that is certain.  So what will happen now and what does it mean for people with colon cancer and their families? [caption id="attachment_5712" align="alignright" width="120"]

This blog was written by Executive Management Consultant Eric Hargis.[/caption] There are almost as many replacement plans floating around as there are politicians, but they can roughly be placed in two camps: Repeal and Replace versus Repeal and Delay.  The Replace camp contends all aspects of the law should go away and a new plan immediately or shortly thereafter enacted.  President Trump is in the Replace camp and recently indicated his plan was almost complete and claimed it would provide health insurance for every American. This is seemingly at odds with most Congressional Republicans and Rep Tom Price, his appointee to lead Health and Human Services (HHS) both of whom favor a reduced Federal role in health care.  Other models move much of the Federal responsibility to the states and limit the Federal role to providing block grants. The Repeal and Delay camp is concerned that there is not a consensus yet on what is an acceptable alternative to the Affordable Care Act and so will repeal the law but keep in place most of its elements.  This camp believes it will take time to transition to a new model and is concerned about dramatically shaking up the health care system. While we wait to see what direction Congress and our new President take, the Colon Cancer Alliance believes any plan, at a minimum, must address several major points: Beyond these broad areas there is little we can comment on as there are mostly concepts being proposed at this point and, as with most legislation, the devil is in the detail.  The Colon Cancer Alliance will help keep you apprised as things develop and will encourage you to Speak Up and Speak Out to make sure the voice of people with colon cancer informs the legislative process. Speak Up, Speak Out is an advocacy series where we bring you the information you need to know every third Tuesday of the month. Don’t forget, the Colon Cancer Alliance serves as a source of information about colon health. If you have additional questions about colon cancer screening or are in need of support, please contact our free Helpline at (877) 422-2030. photo credit: dno1967b 2017-01-14_04-15-06 via photopin (license)