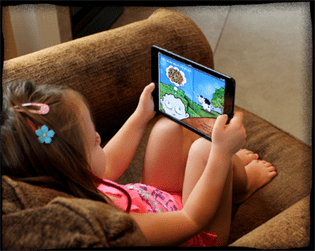 That’s right. We want to shout it from the rooftops: it’s OK to talk about your doo-doo! We all had things we were afraid of when we were kids, whether it was going to sleep, sitting on Santa’s lap at the mall or using the potty. After all, the bathroom can be a scary and unfamiliar place for the little ones. That’s why Paul Perzyk and Eric Bookout, also known as Uncle Paul and Mr. Book, created ‘Even Poop Has a Purpose,’ a children’s book dedicated to helping kids overcome their fears. Together, we’re making poop a hot topic and one folks young and old are comfortable chatting about. $1 from every book even benefits us! Learn more about this dynamic duo and why your little poopers will want this book in their stockings!

Uncle Paul: He wrote it

Q:  Can you tell us about your dad?

A:  My father died of metastasized colon cancer. I was his only son. We would go to our cottage and have father/son time when we could. I used to fish, hunt, boat and tinker around in the garage or the basement workroom with him. I wasn’t as much of a hands-on guy as he was; I still liked spending time with him. And he loved surprising people. I think it was his greatest joy, aside from my mom, whose name is Joy. He loved the pure excitement on someone’s face when he was able to surprise them in a fun way.

My dad was a mountain of a man. He had a long beard and long thick curly hair that hit the middle of his back, always wore bib-overalls with no shirt and he tipped the scales at 280 pounds at one point in his life. Usually kids were scared of him at first, but he had a smile that calmed even the most frightened child. I remember once we were at a supermarket and a little kid looked up and asked, “Are you a werewolf?” Many other times kids would ask if he was Santa Claus. He would just smile and wink.

A:  When I eventually moved home a few months after his diagnosis, I found a smaller, less energized man with way more scars. The cancer ended up in his liver and brain. He lived for two years after his initial diagnosis until his body betrayed him and he died at 57. Since then, I’ve advocated for the people in my life to get their colonoscopies, and lives have literally been saved because of his experience.

I could tell you a million stories about my dad. But, I think the take-away from his life was that he didn’t have a malicious bone in his body. He was protective of his family and was always there to help. That’s who Skip Perzyk was; the most selfless, sentimental and strongest man I’ve ever known. And I miss him dearly. If I become half the man that my dad was, I’ll be a lucky guy.

Q:  What was the genesis behind the idea for this book?

A:  That’s a good question. It’s a topic no one really talks about unless it’s so overt that it becomes ironic. I’ve never been one to shy away from talking about anything, and I think that I am still child-like in that regard. I wanted to shed light on the fact that kids look at the world differently than adults do. As adults, we forget that a child might have a fear that we take for granted.

Uncle Paul and his father, Skip.[/caption]

Q: What do you hope children and/or adults get out of the book?

A:  Well, it’s the first book in a series, the Even Series, so there will be more titles to come. But honestly, I just hope they connect – connect with each other and with the stories. Some of my fondest memories include my mom and a picture book. The sound of Mom’s voice, the feel of a quilt on a cold night and the smell of a real book – quality time doesn’t cost much.

Q:  What inspired you to donate a portion of the book proceeds to the Colon Cancer Alliance?

Mr. Book: He drew it

Q:  How did the partnership between you and Paul come about?
A:  Paul and I worked together for years at an advertising agency. He is a real interesting guy with a ton of talent. We had a great working relationship that quickly turned into a great friendship. Sitting around at work one day we started talking about a poem he had written the night before, which turned into a discussion about writing and illustrating children's books and discovered we both had the same dream.

Q:  What was the most fun part of illustrating the book?

A:  Drawing is something that has always brought me tremendous joy. It's almost a form of therapy at times. Very rarely are artists allowed to express themselves fully, especially when it is produced on behalf of a big company. So the best part of drawing this book was, by self-publishing, it was all me and my style. It was an absolute blast, and the theme still cracks me up.

The dream team! Mr. Book and Uncle Paul show off the first book in their Even Series collection.[/caption]

Q:  What makes the book unique and special?

A:  I like to phrase it as "tackling the tough toddler issues." From a theme perspective there are not too many successful books that really try to shed light on things that seem gross or pointless to a kid. And from an art style, I think it's fresh, colorful and just a touch gritty. You won't see too many books that look like this. And the edition of the read-along e-publication, we have my boy Jackson reading. I thought it was quite novel and very effective to have a kid reading to kids.

Q:  Why did you decide to donate a portion of book proceeds to the Colon Cancer Alliance?

A:  My sister Amy recently died from pancreatic cancer, my cousin Jacquee has terminal breast cancer, my Aunt Jean has been battling breast cancer and I lost my Aunt Sharon years ago to lung cancer. So cancer has had a huge impact on my life and on those I love. When Uncle Paul and I started on this project we always discussed it was a labor of love and we wanted the series to be a positive influence, not only in children's lives but in their families and communities, too. That's when we decided for every book we make we will donate to a charitable organization related to the book’s theme. When creating ‘Even Poop Has a Purpose,’ aside from the obvious connection, we decided this was the perfect relationship because Uncle Paul's family had been devastated by this terrible disease. It really was fate and I am so excited to be a part of such a great cause.

Paperback and iBook versions of 'Even Poop Has a Purpose' are now available. Purchase the book and don’t forget to check out the other fabulous holiday gifts our partners are offering!