In blue dresses and ties, Indianapolis allies danced into the night May 5 at the The Alexander Hotel. They had come for the inaugural Blue Hope Bash Indianapolis, a formal gala that raised funds for the Colorectal Cancer Alliance while honoring those who have battled the disease. Through live and silent auctions, sponsorships, and more, allies raised $230,000 to support the Alliance’s efforts in prevention, research, and patient and family support.

“We believe colorectal cancer is a senseless killer that must be stopped, and that is why we’re focused on empowering a nation of allies, like the fierce advocates in Indianapolis behind this first Blue Hope Bash in the state,” said Michael Sapienza, CEO of the Alliance. 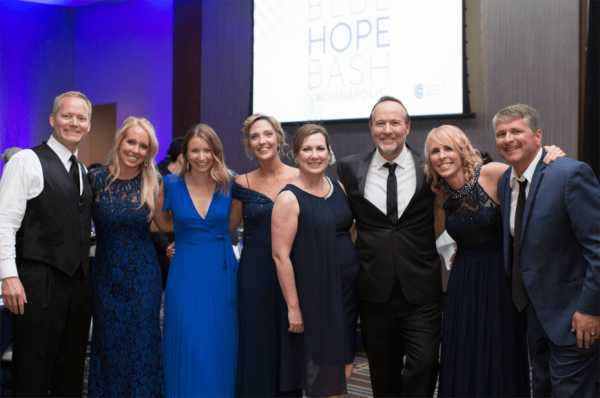 Blue Hope Bash Indianapolis co-chairs and planning committee members, including Co-Chair and Alliance Board of Directors member Clay Scheetz, take a group photo during the gala on May 5, 2018. Photos: Molly Connor

The Bash stems from painful first-hand experiences with colorectal cancer, the second-leading cancer killer in the United States. Two of the co-chairs, Clay Scheetz and Kellee Clevenger, lost their mothers to the disease. Two speakers and planning committee members, Tess Deeter and Julie Knox Thornton, lost their husbands, who were in their early 40s. This event honors those losses while advocating for a world free of colorectal cancer.

“The death of these four amazing and selfless human beings, who lost their lives too soon, inspired this event and our ongoing commitment to ending this disease,” Scheetz said. “Our guests, our community, and all who work against colorectal cancer are indispensable allies in this mission, and we’re incredibly humbled by their support.” 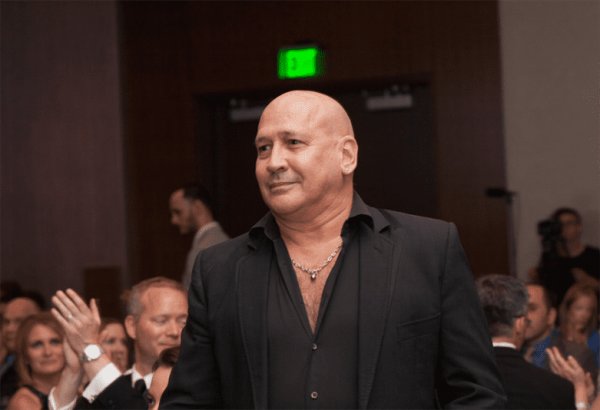 “The problem with this disease is we don’t talk about it,” said Carmen Marc Valvo, Alliance Board of Directors member, fashion designer, and Blue Hope Bash Indianapolis keynote speaker.

Hosted by national touring comedian Scott Long, the Bash included remarks from race car driver John Andretti and American fashion designer Carmen Marc Valvo, both of whom have battled colorectal cancer. Andretti was the guest of honor and recipient of the Blue Hope Bash Founders’ Award. 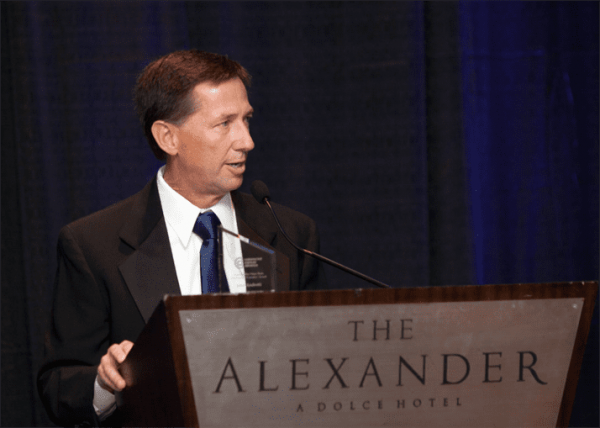 Colorectal cancer is expected to take the lives of 1,110 Hoosiers and 50,630 people nationwide this year alone, according to the American Cancer Society.

For more information or to donate, please contact bluehopebashindy@ccalliance.org.