Not Your Typical Fundraiser: Diane Bendtsen 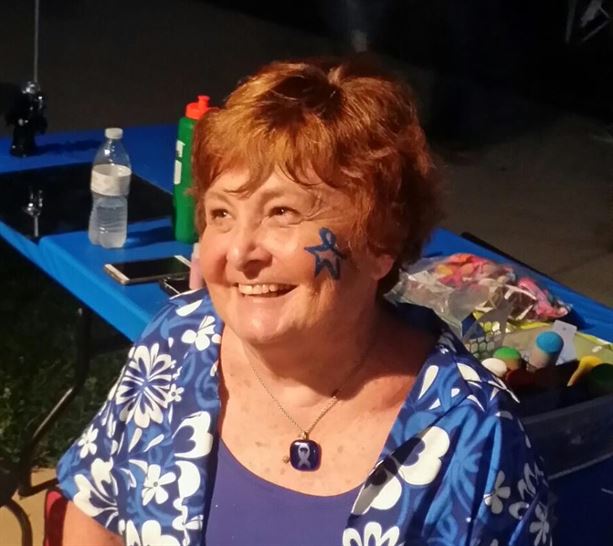 Diane Bendtsen is no stranger to taking a stand. After experiencing some symptoms of colorectal cancer, she fought to be given the screening she needed. Now 3 years NED, Diane is channeling her energy into sharing the importance of screening with her community and is an integral part of the Peoria Undy Run/Walk.

We caught up with Diane to pick her brain about her unique fundraising tactics and how she gets her community involved.

Tell us about yourself:

We have lived in Peoria IL now for 43 years, I grew up in southern Minnesota and we moved to Peoria when my husband accepted an engineering job with Caterpillar, INC. We have two children, our son and his wife live in Boston and our daughter lives in St. Louis.

What is your connection to colorectal cancer?

I am your “typical” colorectal survivor...over 50 etc. I had a routine colonoscopy in 2008. My doctor found a precancerous polyp and told me to come back in 5 years--which, for the record, is not the correct protocol. I started having symptoms in January of 2012 (fatigue, constipation, diarrhea etc), but I just chalked it up to stress at work. Finally the end of February of that year, after seeing my  GP,  I went to my GI and fought with him to have a colonoscopy a year “early”. In late March, I was diagnosed with Stage IV colon cancer. I had surgery to remove my ascending colon and part of my liver. I then proceeded to have a year of chemo and 5 weeks of radiation. I have been considered NED since Oct of 2013.

How did you get involved in the Undy Run/Walk?

Our involvement in the Undy started in 2012 when the first race held in Peoria took place. We had Team ITBOK (it will be ok) for 3 years.

What's the secret sauce to your fundraising and outreach success for the Peoria Undy?

We have a small committee and we are each a little too laid back to go out and solicit donations. our area is inundated with charity walks and fundraisers so we had to get creative. We have found a lot of success in asking local businesses to host fundraisers, rather than writing checks. Buffalo Wild Wings, Granite City Food and Brewery and Culvers have been great partners of ours, to name a few. I would like to make this a year-round fundraising approach and hopefully get Colon Cancer Alliance and the fact that it is important to be screened out to all the people in the area.

In an ideal world, I would like to make this a year-round fundraising approach so we can spread the importance of screening, and the resources offered by the Colon Cancer Alliance, out to the whole community.

How did your partnership with the Mackinaw Winery come about?

In 2014 the original group held a fundraiser out at Mackinaw Winery. And, after hearing that their owner, Paul Hahn was diagnosed with colorectal cancer, I approached them to see if they were interested in having another one. Paul has been a huge asset to the colorectal cancer community in Peoria, and has been very generous with all of the help he has given us.

What advice would you have for someone looking to get more involved as an Undy volunteer?

I would advise anyone who is thinking about getting involved in the Undy to attend one of the races. If there is a local one, volunteer to help in the marketing or even just handing out water on race day. If there isn’t a local event, contact the Colon Cancer Alliance and see if there is interest in having one in your area. It doesn’t have to be huge or raise tens of thousands of dollars but every little bit will help spread the word that colorectal cancer can be prevented.

Simply talking about colorectal cancer and the importance of screening in your every day interactions could actually save a life one day. Be in tune with your body when you think there is something wrong, and don't be afraid to push your doctor into helping you find the answers you need.

Head over to Culvers in Lincoln, IL on September 15-- 10% of the restaurant's profits will be donated to the Colon Cancer Alliance!