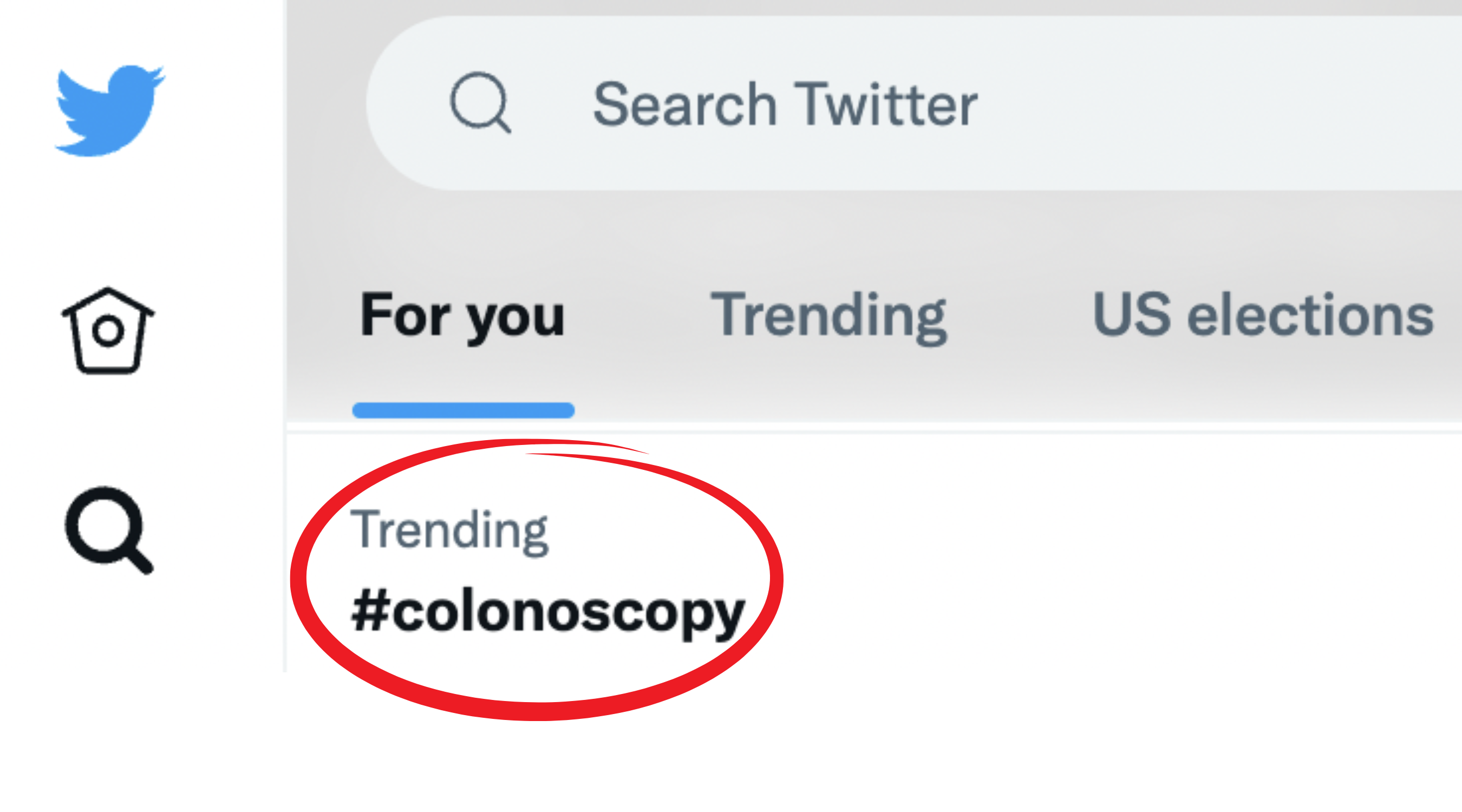 This weekend, a study out of Oslo, Norway, published in the New England Journal of Medicine questioned the effectiveness of colonoscopy in preventing colorectal cancer, the second deadliest cancer in the United States. The study triggered a swell of media reports casting doubt on the procedure.

It also inspired a lot of tweeting and more than a few threads of analysis by experts, many of them taking issue with the simple conclusions made by news headlines or the study itself.

The Colorectal Cancer Alliance’s CEO, Michael Sapienza, made our position clear on Twitter.

More on the study — and the caution we should use while reading it — from Dr. Arif Kamal, American Cancer Society’s chief patient officer. 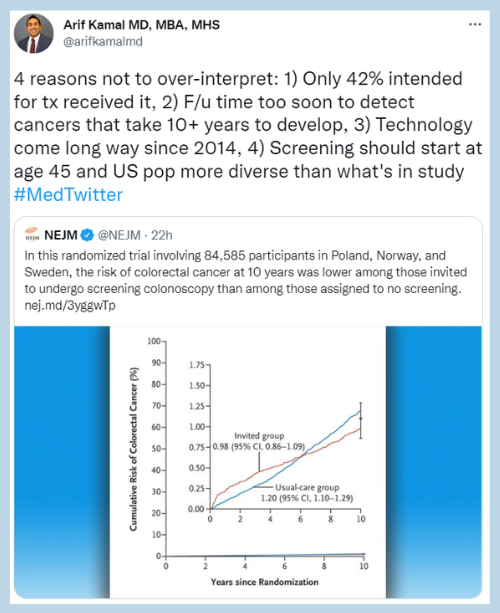 Dr. Hamed Khalili, an associate professor at Harvard University, wonders if the study emphasized the wrong aspect of prevention.

Dr. Meghan May, a professor of microbiology and infectious diseases at the University of New England, takes issue with some of the reporting on the study. 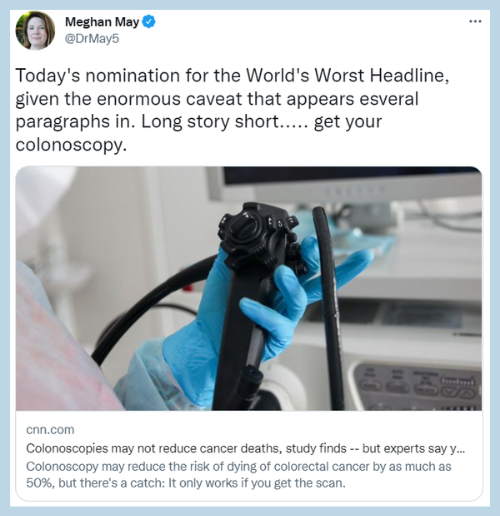 Dr. Leo Nissola sets his sights on one report in particular. 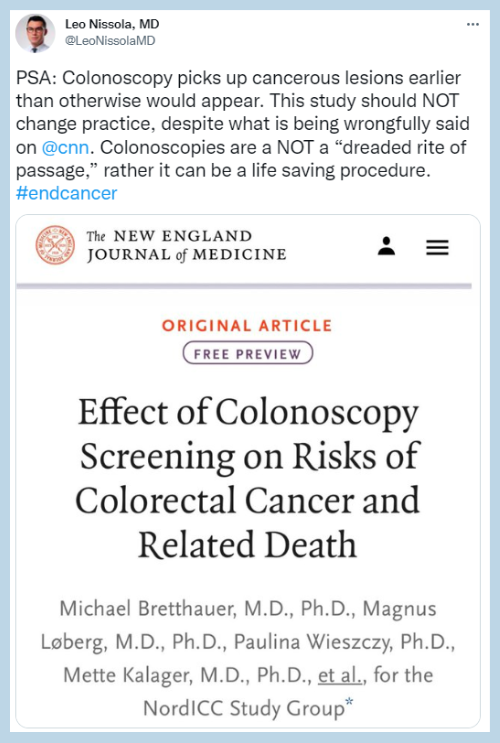 Jeremy Faust, an ER physician, was among the first to weigh in with a substantial piece, in which he encouraged readers to consider glimmers of hope before “flushing colonoscopies down the toilet.” 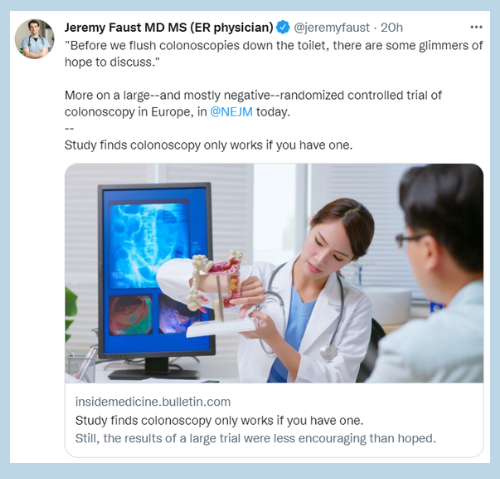 Gastroenterologist and podcaster Dr. Kaveh Hoda produced a thread reinforcing Faust and adds that “populations in the countries of study are different than the US makeup.” 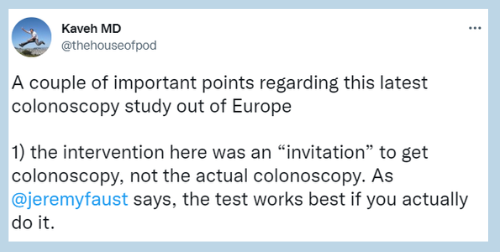 Joining many others, Dr. John Damianos of Yale pointed to a critical editorial in the New England Journal of Medicine, which identifies some of the important issues in the study. 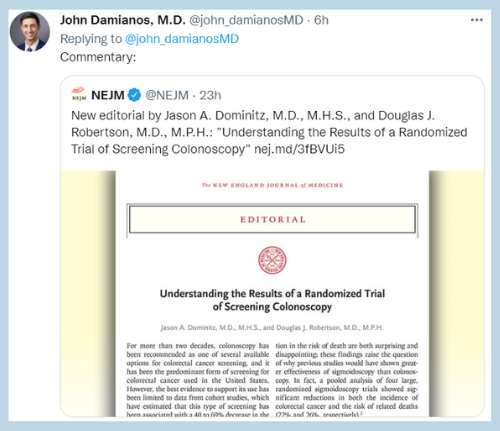 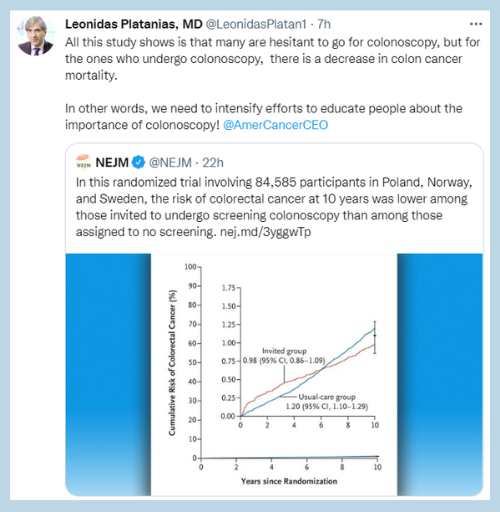 With all the media attention on this study, the public has questions. Dr. Sophie Balzora of the NYU Grossman School of Medicine has answers. 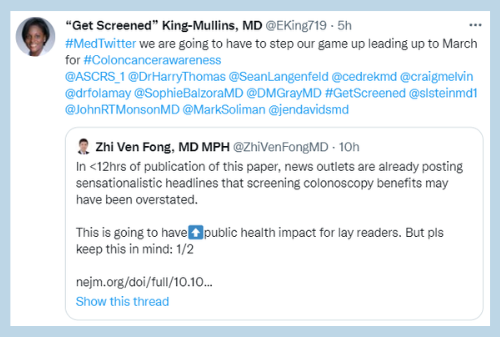 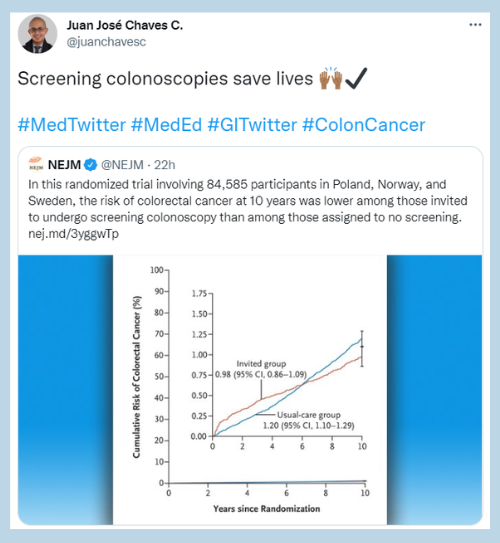 Read the Alliance’s statement on this study here.