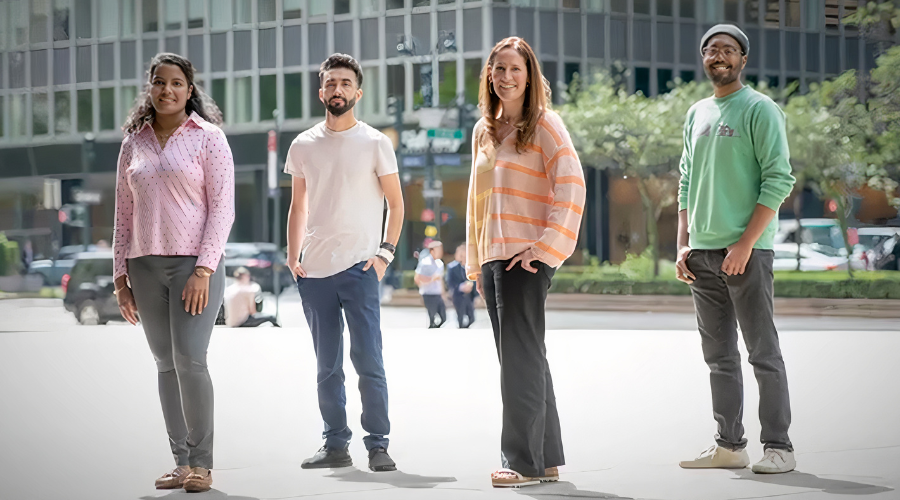 A clinical trial out of Memorial Sloan Kettering Cancer Center has set the cancer community abuzz after it showed a 100 percent success rate among the first 14 participants who completed treatment.

The small phase-2 trial — the first step toward validating a new therapy — tested the effects of the immunotherapy dostarlimab on stage II and III rectal cancers with deficient mismatch repair (dMMR). dMMR rectal cancers, which are generally equivalent to those with the high microsatellite instability or MSI-H biomarker, may be resistant to chemotherapy and account for 5 to 10 percent of patients with rectal cancers.

Users of Blue Hope Nation, the Alliance’s private Facebook support community, sounded off on the trial yesterday with a mixture of hope and caution.

“Happy for those who have great results,” one user wrote, but, “sad it didn’t include MSS … encouraged they’re getting closer.” Another added, “Small study, however, still good news that every single patient was in remission. Keep pressing on!”

Dr. Hanna Sanoff of the University of North Carolina's Lineberger Comprehensive Cancer Center told NPR that the total success of the trial and the pronounced lack of serious side effects among participants was “paradigm-shifting” for patients with dMMR rectal cancer.

Among those participants was Sascha Roth, a member of the Alliance’s Never Too Young Advisory Board, who was diagnosed with colorectal cancer at age 38. As the trial’s first participant, she kept her expectations low, telling The New York Times that she had planned to do chemotherapy, radiation, and possibly surgery after the trial ended.

Instead, Roth was greeted with the best news possible — her tests showed no evidence of disease. She remains cancer-free today, according to The Times.

“The attention this study has received from the media and healthcare community alike highlights the hunger every patient, caregiver, and advocate has for progress in colorectal cancer research,” said Michael Sapienza, CEO of the Alliance. “We congratulate and thank Dr. Andrea Cercek, Dr. J Joshua Smith — who received past funding from the Alliance for rectal cancer research — and their colleagues for their intrepid approach to science that saves lives, and we are overjoyed for each of the trial’s participants.”

The FDA approved dostarlimab, sold under the brand name Jemperli, in April of 2021 to treat endometrial cancer. As an immunotherapy, dostarlimab works by activating the patient’s own immune system to fight against cancer cells. Chemotherapy, on the other hand, attacks cancer directly.

It’s likely that clinical trials of dostarlimab for colorectal cancer will continue, and other scientists will attempt to replicate the results. The drug development process, concluding with FDA approval, can take a decade or more. Until then, the treatment could be given as an off-label therapy under the direction and expertise of an oncologist.

The use of off-label therapies is legal and increasingly common with the advent of biomarker testing, which has opened up new treatment pathways depending on the genetic profile of a patient’s tumor.

For example, trastuzumab deruxtecan, a therapy approved for breast cancer, shows promise for treating colorectal cancer with the HER2 biomarker, which appears in about 4 percent of colorectal cancers.

“That’s a big deal,” Noonan said. “Biomarker testing truly did save my life because it gave us another avenue for treatment, another way to look at my specific cancer.”

The Alliance is committed to investing $30 million in colorectal cancer research over the next five years, including research to identify other treatments that could reverse the course of cancer in patients like Noonan and Roth. It has already invested $5 million, including a grant to researchers at Memorial Sloan Kettering Cancer Center.

The results of the trial were first announced at the ASCO Annual Meeting in Chicago. Dostarlimab is an anti-PD1 immunotherapy.