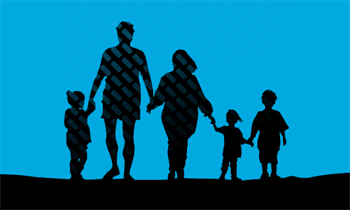 Below are some common questions asked about Lynch syndrome, along with answers from Dr. Ronit Yarden, the Colorectal Cancer Alliance’s Senior Director of Medical Affairs.

Why don’t more people know about Lynch syndrome, even when it's present in their own families?

The harmful changes that cause Lynch syndrome are relatively common. It is estimated that between 1 in 300 to 1 in 440 people have a mutation in their DNA that causes Lynch syndrome.

These harmful changes can happen in one of five genes. The most common changes happen in genes that go by the names MLH1, MSH2, MSH6, and PMS2. Changes in the gene called EPCAM are relatively rare.

Why are mutations in the MLSH1, MSH2, MSH6, and PMS2 genes harmful and increase the risk of cancer?

Cells, the basic building blocks of our bodies, are made through a process called mitosis. In this process, cells divide and replace themselves. The genes MLH1, MSH2, MSH6, and PMS2 play a vital role in this process. They work together as “spell checkers,” ensuring that, when cells divide, the DNA is copied correctly. If they find problems, they repair them. This quality control process is called DNA Mismatch Repair (or MMR).

Mutations in any one of these four MMR genes will “turn off” their spell checking activity and harm the quality control process. As a result, in cells that are deficient in MMR (dMMR), the DNA will not be copied correctly and many more changes or mutations will integrate into the DNA. By chance, some of these new changes in the DNA will be cancer–causing mutations, causing the cells to lose their control and grow endlessly, creating tumors.

How do I know if I have Lynch syndrome?

It is important to know your family history and share your health information with your doctor. If you have a strong family history of cancer or family members that were diagnosed with cancer before the age of 50, your doctor may recommend genetic testing as well as genetic counseling. Through this process, a genetic counselor will build a family tree and assess the risk of family members who have not developed cancer. Family members at high risk should be screened often.

What to do if I find that I have Lynch Syndrome?

If you tested positive for Lynch syndrome but have no symptoms or cancer diagnosis, it is important that you follow an intensive screening program for colorectal cancer and get a colonoscopy examination every one or two years beginning at 20 years old.

The screening recommendations for women also include an endometrial biopsy every one or two years and may include ovarian ultrasound.

Some women may choose to reduce their risk of developing cancer by removing their reproductive organs, specifically their uterus (endometrium) and their ovaries upon completion of childbearing. Women should discuss these surgical procedures and the impact it may have on their quality of life before undergoing these procedures.