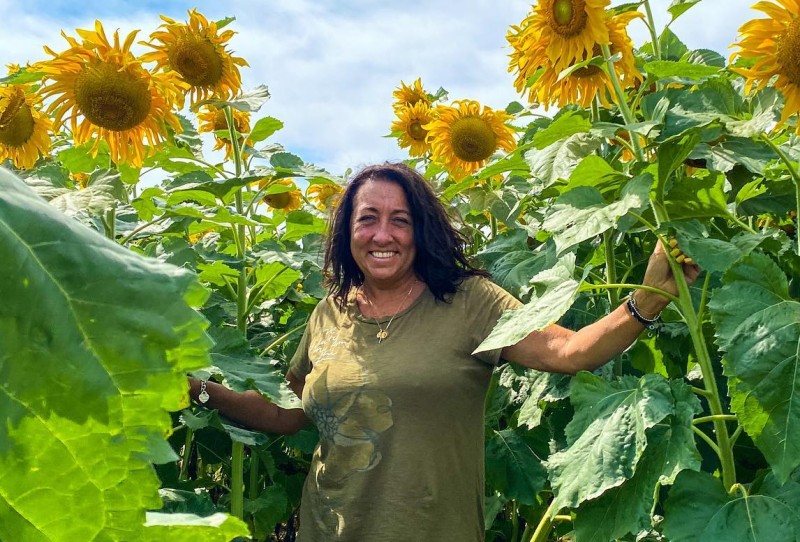 With “total stress everywhere” else, the sudden weight loss Dawn Benedetto Failace experienced in 2016 was seen by the 47-year-old as a silver lining, not a red alert and potential symptom of colorectal cancer.

“Because society is so screwed up, I thought I could go in and buy clothes anywhere, and that’s great,” Dawn said. “I also had diarrhea, but you make excuses. People are like, ‘that’s ignorant,’ but everyone’s ignorant. Who is going around talking about their poop?"

Then Dawn had a series of fainting spells — once with her son at Applebee’s as she struggled to eat french fries. She often had trouble swallowing, too, which came to a head when she choked on an antibiotic for a supposed case of ulcerative colitis and landed in the emergency room.

Dawn’s emergency room blood work — especially her hemoglobin level, which at 3.4 was low enough to indicate a severe bleed — led doctors to question how she was even living. In fact, her organs were shutting down and, before long, she knew why.

“I was diagnosed with stage III colon cancer,” Dawn said. “I went to the parking lot and threw up. I don't know how we got home.” 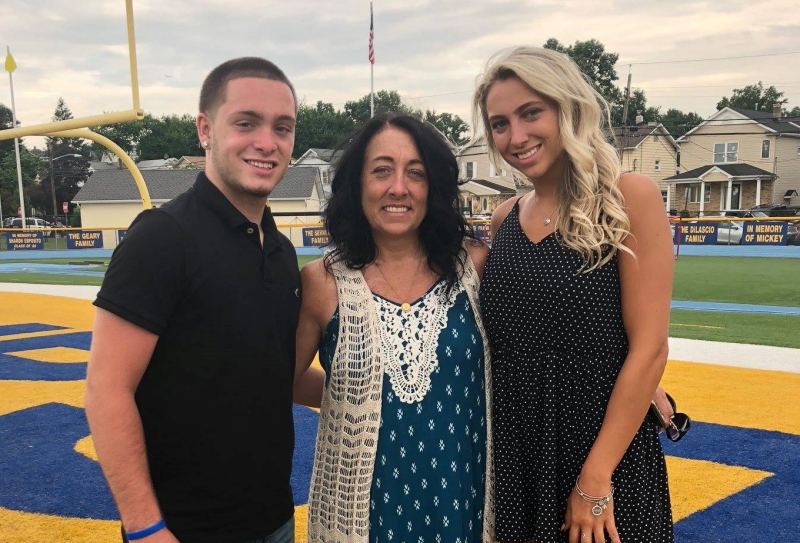 At first, Dawn’s battle with cancer seemed to be going well. Surgery to remove her seven-centimeter tumor ended with clean margins, and in no time Dawn was exercising through the hospital. One thing was certain: She didn’t want to have cancer again.

But when doctors re-evaluated Dawn’s lymph nodes, they found a single tiny cancer cell. A later exploratory surgery found cancer throughout Dawn’s pelvic floor and a Krukenberg tumor, or ovary cancer metastasized from her colon. Half awake after the surgery, Dawn learned the news and began to cry.

I’m going to die, Dawn thought, just as her son was entering his sophomore year in high school and her daughter was entering her junior year of college.

Dawn’s doctors started talking about HIPEC surgery. In Hyperthermic (or Heated) Intraperitoneal Chemotherapy, 108-degree chemo bath circulates throughout the abdominal area, also called the peritoneal cavity, delivering highly concentrated doses of hot chemotherapy. That allows doctors to intensify the drugs’ cancer-fighting abilities while directly targeting cancerous cells. After about 90 minutes of the infusion, the chemo is washed out and incisions are closed, according to The University of Chicago Medicine’s cancer center.

“Frankie,” Dawn told her brother at the time, “there is no way in hell I'm doing that, those people are insane.”

She told her kids about her decision.

“They were like, ‘You’re just going to give up? Really? That’s not you,’” Dawn recalled.

With these words, Dawn changed her mind and sought out what’s often referred to as the “mother of all surgeries.” 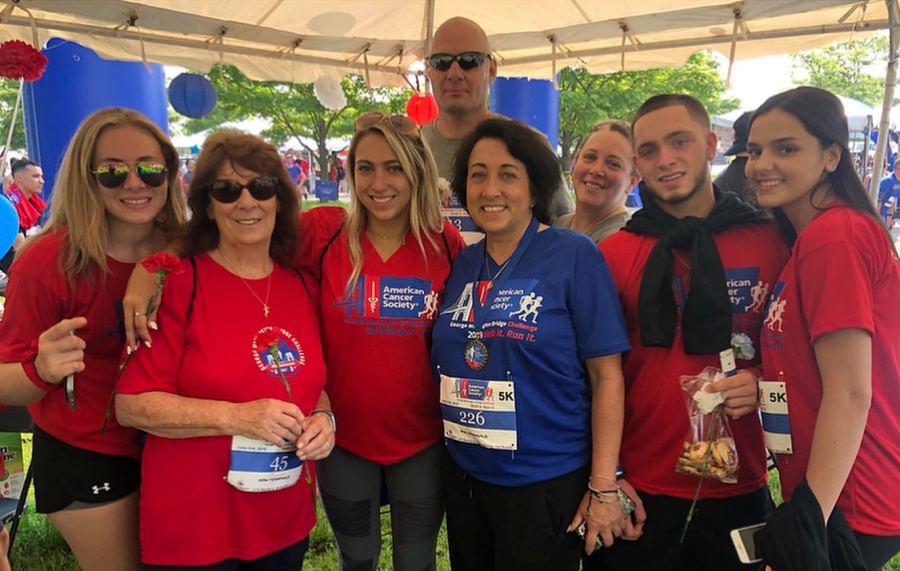 Dawn flew to see a doctor in Pittsburg, who told her she was a candidate for the procedure but the cancer would likely come back. He recommended against it.

“That whole plane ride back I planned my funeral .... where will I be buried?” Dawn said. And she thought about her kids.

When Dawn got home, her children had decorated the house with all the reasons they love her — an invigorating call to action that moved Dawn to seek further opinions.

“Plumbers want to fix your pipes,” Dawn explained. “Electricians want to fix your wires. You as the homeowner have to coordinate it to make your house livable. With cancer, you have to have your oncologist who wants to do chemo, you need the surgeons you trust to remove cancer, and you have to have them work together to have a healthy living body – I never had that. So when my oncologist was adamant not to do HIPEC, I never called back, I never went back.”

“I kept promising myself and my kids that I’d try.”

And try she did, finding a doctor who would perform the operation.

The Krukenberg tumor was removed first, and then a HIPEC surgery was scheduled for Sept. 24, Dawn’s 48th birthday. En route to the hospital, Dawn noticed a party supply bus that said “may your birthday wishes come true,” outlined in colon cancer colors.

“I’m going to be fine,” she told her brother in the car.

And in the hospital, to the anesthesiologist, she said, “Girl, it’s my birthday, if you can give me a couple extra drugs, I’d appreciate it.”

Power of community and confidence 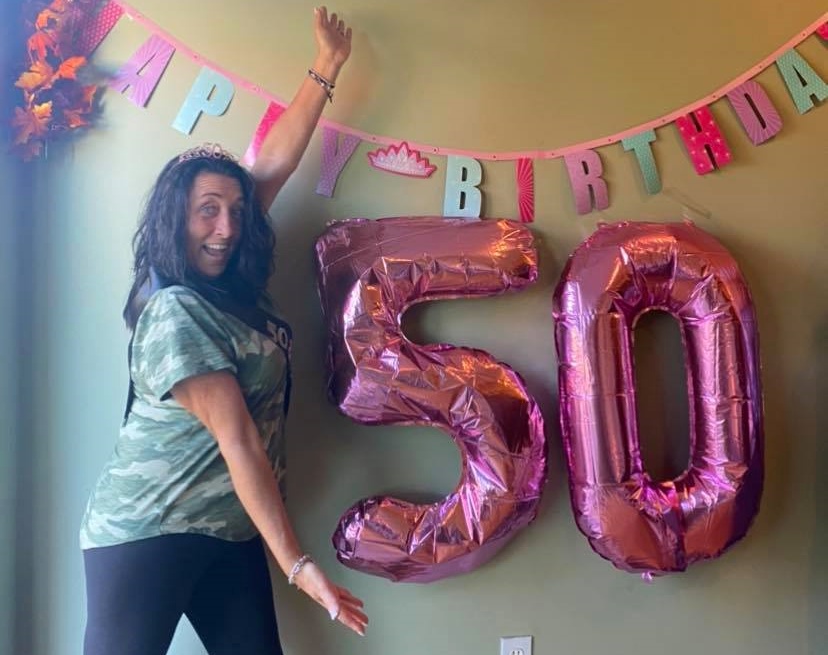 “When I was first diagnosed, I was searching for people who had the cancer I had, and I kept clicking on people who had passed away,” Dawn said. “It flipped me out so bad.”

Soon, she turned to online communities like the Alliance’s Blue Hope Nation for support and encouragement.

“Someone has to be that percentage that is cured, why can’t it be me?” Dawn thought. “I believe you need a good tribe behind you, family and friends. And that’s all great, but it comes down to your mindset. At the end of the day, you are who you’re with.”

She looks back on her first experience with an oncologist, who had doubted her ability to live long.

“Don’t believe people,” Dawn said. “Those doctors go to bed the same way we do, and they’re not gods. Of course, I think mine is because he saved me — but you need to advocate and get two, three, four opinions. If I stayed with my first one, I would be dead today, there is no question.”

Contrary to one doctor’s prediction, Dawn is presently two-years NED, no evidence of disease, with her latest scan on September 23. An amazing gift for her 50th birthday on September 24.

As for that HIPEC, like a miracle, the doctor went in and after three hours called Dawn’s family in the waiting room to report that he had found nothing.

“I truly believe my eating habits, THC drops, exercise, and mindset helped and it just left … and the Avastin helped, too,” Dawn said.