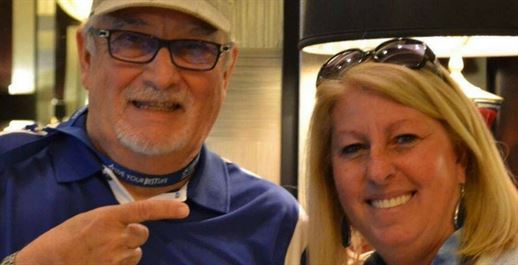 Charlie Award, a four-time colon cancer survivor, died August 27, 2018. Charlie leaves behind an indelible legacy of support for countless friends, family members, and allies whose lives were improved by his fearless, often hilarious, and always genuine take on surviving this disease.

It wasn’t colon cancer that took Charlie. Despite doctors giving him only four years to live after his first cancer diagnosis in 2004, Charlie persisted and beat the disease, which claims more than 50,000 American lives each year. Complications from an open-heart surgery led to his death at age 71.

Charlie was the husband of Val Awad, a relentlessly dedicated member of the Colorectal Cancer Alliance’s patient and family support team. Inspired by Charlie’s bouts with cancer, she made it her personal mission to support all who suffer from this disease, becoming a certified patient navigator. 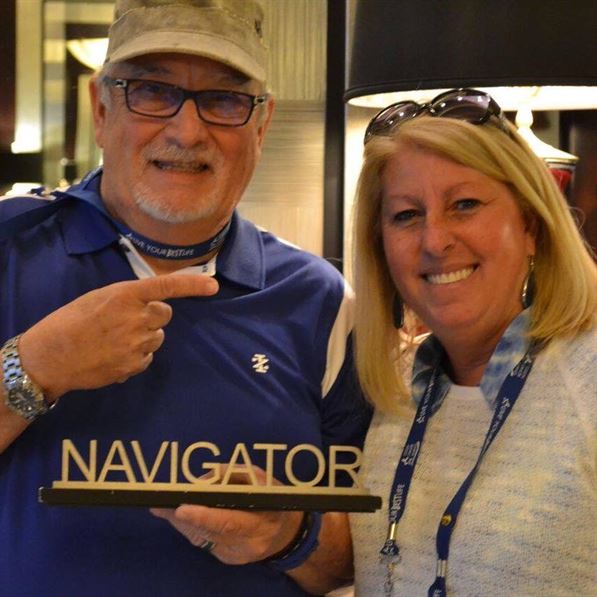 For his part, Charlie became an advocate for early screening. With Val by his side, Charlie blogged, spoke at events and conferences, shared his story with media outlets, and ran CancerSucks.TV, which was “committed to ending the suffering and death caused by colorectal cancer.”

“I want people to understand how important colon cancer screening is,” Charlie told his hometown paper, the Truro News of Truro, Nova Scotia, in 2017. “It’s a part of the anatomy people don’t want to talk about, but it could save your life.”

On-time screening is the No. 1 way to reduce risk of colorectal cancer, a highly preventable and treatable disease when caught in its early stages.

Charlie eventually moved to Florida. In 2013, Val and Charlie posted a YouTube video tour through the Alliance’s large inflatable colon, which was setup in Tampa, as he wore a platinum-blonde wig.

“Your colon is an item totally separate from the rest of your body,” he explained in the video. “So what’s inside your colon really doesn’t go anyplace ... except when it becomes a polyp and it becomes cancerous.”

Charlie was originally diagnosed with colon cancer in 2004, and 18 inches of his colon were removed. Treatment included chemotherapy and radiation.

“A living hell,” Charlie wrote on the blog Growing Bolder. “Every week of a completed chemo session, I said I wasn’t doing this again next week. The side effects were just too excruciating for a guy who thought he was so tough, but I had family and friends who told me I had to do it; I had to do it for them.”

In 2008, Charlie learned the cancer had spread to his lung, which led to multiple surgeries in the years following. He lost half of both lungs.

As news of his death spread, memories of Charlie filled newsfeeds.

“He was an inspiration to many and obviously had a huge impact on [Val’s] life, the life of his entire network of family and friends.” - Michael Sapienza, CEO, Colorectal Cancer Alliance

“My stepdad Charlie Awad was many many wonderful things, such a great man. An absolute joy to everyone he came to meet and befriend.” -  Melissa Cowan

“He was sweet, funny, witty, soooooo strong and always so positive. His kindness was infectious!” - Joanna Radwanski‎

“His strength, resiliency and determination have allowed him to raise cancer awareness throughout the community, which has subsequently promoted the well-being of others, while saving many lives along the way!” - Javed Fiyadh Khan

“Every single person that was graced with his presence was blessed, he is one of the very few people I have ever met that when he said "if you need anything" he truly meant it from the bottom of his heart.” - Lynn Hayward 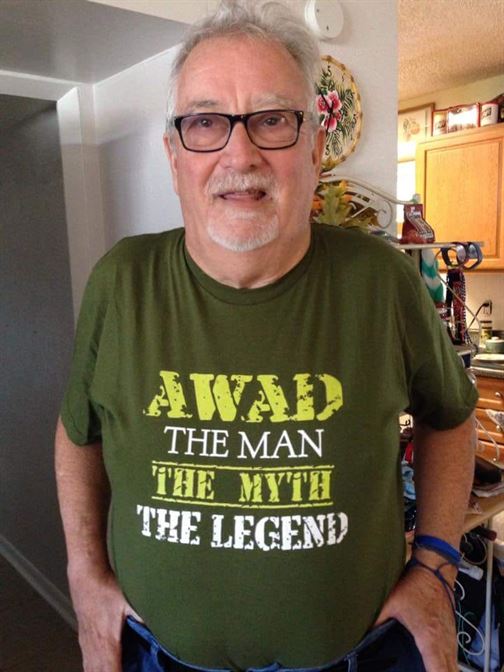 The man, the myth, the legend

Charlie Awad has a Blue Star Tribute page on the Alliance’s website. From there, visitors learn that Charlie’s passions exceeded saving lives:

His love of hot rods and cars started early in life and his stories of races down the backroads of Nova Scotia were many. He had a dream after his 2nd recurrence, that he travelled Rt. 66 from Chicago to Santa Monica in his 1950 Dodge with 2 of his childhood buddies, stopping at sites along the way to advocate for screening. Sadly, he was never able to complete that trip.

The Colorectal Cancer Alliance is grateful for Charlie’s work toward ending this disease, and we know that, wherever he is, he’s racing a muscle car down Route 66.