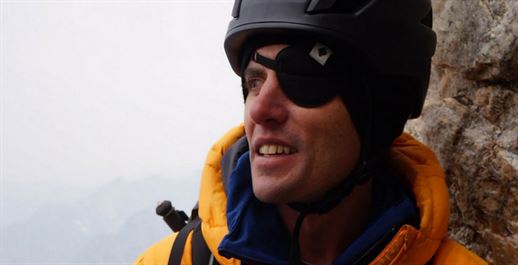 The Grand Teton, a 13,775-ft mountain in Wyoming, serves as a source of inspiration for friends Tate MacDowell and Brian McDonnel, who are battling colorectal cancer. Determined to reach the top despite their diagnoses, the duo decide to document their effort. The result is Mountain in the Hallway, an honest, poignant, and visually stunning film, which is at once inspiring and heartbreaking. Tate MacDowell, who is currently undergoing treatment for stage IV (metastatic) colorectal cancer, answers for us a few questions about the film.

The title of the film, Mountain in the Hallway, is both a literal and metaphorical reference. Can you tell us about it?

After a few weeks of passing [a photo of the Grand Teton mountain] in my radiation center, The Mountain In The Hallway became a metaphor for colorectal cancer. It represents an unavoidable obstacle, and over time I’d found myself making lifestyle changes with the physical mountain in mind. This concept of focusing on a tangible goal to achieve seemed much more fun and under my control than doing it in the name of cancer.

The film features you, friend Brian McDonnell, and, to a great extent, both of your families. Why did you decide to focus so prominently on your loved ones?

We‘d wanted to show that this involves so much more than just two guys dealing with cancer and climbing mountains. We’d wanted to show the support and inspiration that comes from our families and how this affects our group as a whole. But most importantly, our families are our shining lights when everything else can seem dark. Seeing my family moments in the film are my favorite part.

You share what's usually a private moment in this film, when you and your wife learn of your stage IV (metastatic) diagnosis. Why did you include this moment?

Well, originally (being “terminally optimistic” as Tom Marsilje would say) I was really hoping that we’d be receiving good news! We’d reluctantly decided to leave that in the film because it was a very real moment and I think that people need to see the wide spectrum of this disease. It’s not all instagram selfies acting like heroes. Sometimes it’s just a total beat down. Before I’d actually climbed The Grand, I’d hated that moment in the film with all my heart. But now that I’ve summited and reached my goal, it serves as a reminder of how far I’ve come from that moment where all hope seemed lost.

Toward the end of the film, your wife, Lora, says that you have grown wiser since your diagnosis. What do you think she means?

I think she’s referring to my outlook on life. When we’d first started dating I was known as “Tater The Hater” because I was pretty cynical of everything. Now I feel like I’m a little calmer, I sweat the small stuff a lot less and I try to create positive things. I’ve gotten into creating watercolors and always hand paint thank you cards for people. (Like I did to raise money for my Undy RunWalk!)

The film shows a few text conversations between Brian and you, as you grow closer despite having never met. What’s the importance of having someone like Brian in your life?

Having a buddy that understands exactly what you’re going through is a great way to feel less like you’re the only person on planet Earth that understands what this is like. Sometimes you can get helpful diet tips or techniques for dealing with certain issues that you’d feel uncomfortable discussing, even with your doctor. They are people that will laugh at your gross story of something that happened to your ileostomy in the grocery store or just let you vent.

The film is dedicated to Jason Fish. Can you tell us about him?

Jason Fish was a friend that I worked with at Teton Gravity Research (producers of the film). He’d passed away due to cancer and a lot of us that created the film knew him very well. I consider him a mentor in my film editing career. He’s still in my thoughts a lot and I really admire his ability to live his life the way he did while dealing with a poor prognosis. 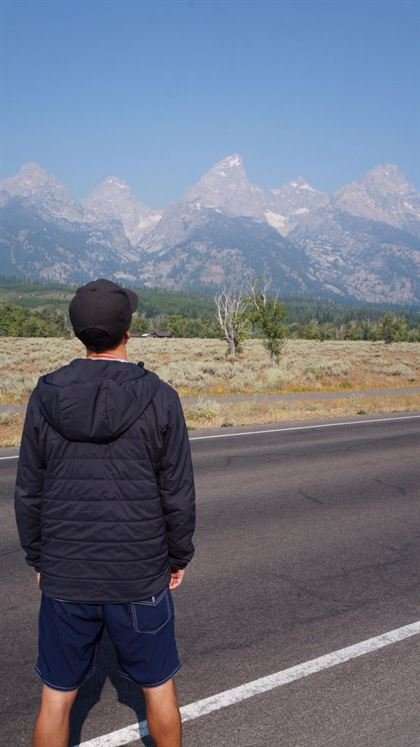 What do you want people, both those with cancer and those without, to take away from Mountain in the Hallway?

Spoiler Alert! In the film, you aren't able to journey to the summit of Grand Teton, an imposing 13,775-ft high mountain in Wyoming. Just last week, you finished the climb. What does that mean to you?

Climbing The Grand means that I took advantage of a moment I was granted and lived my life to the best of my ability regardless of my illness. To me, those moments may be the only way to truly “beat” cancer.