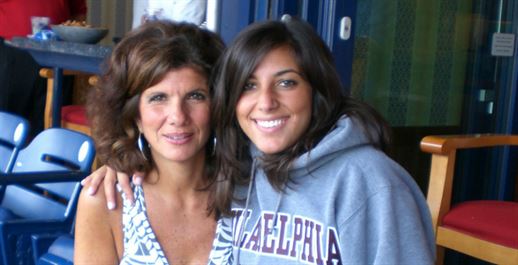 Nicole Obenski’s story began 16 years ago with a case of salmonella poisoning from a popular chain restaurant. Little did she know a few chicken fingers would change the course of her life.

In 2005, Nicole’s gastroenterologist recommended a colonoscopy, which showed ulcerative colitis, a type of inflammatory bowel disease that causes inflammation and ulcers on the colon and/or rectum.

From the moment of her diagnosis, Nicole was a prisoner to her condition. Her young adult years were filled with anxiety and dominated by an incessant need to go to the bathroom.

“I would refuse to drive in cars with people a lot of the time, especially with people I was not comfortable with,” she said. “There would be times I would not eat depending on what social or work events I had. Wherever I went, the first thing I’d do is locate the closest bathroom.”

Even with these precautions, accidents still occurred.

Anxious about her condition, she lived off Imodium. Almost monthly she experienced flare ups—marked by extreme fatigue, joint pain, stomach cramping, diarrhea in excess of 8 to 10 times a day, and fevers reaching 102 degrees—which sent her to the hospital.

After the first class of drugs did not improve her condition, the doctor recommended immunosuppressants, but Nicole refused to take them.

“I just thought no way—I’m too young for that,” she said. “There were just too many long-term risks associated with them”. 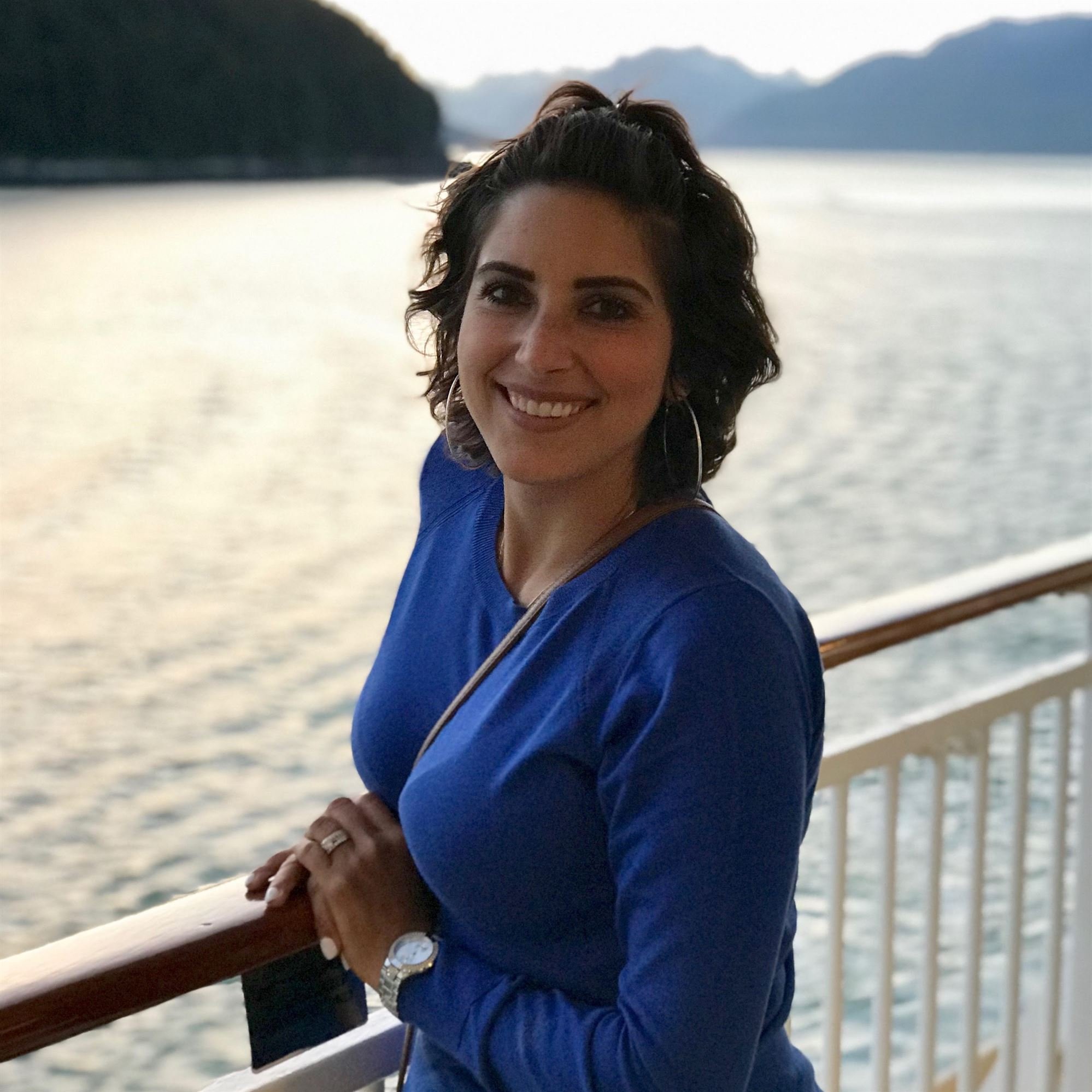 Instead, Nicole focused on nutrition and well-being. In 2014, she was recommended to a holistic health center, where she was given a specific diet as well as plant-based supplements. Through muscle response therapy, Nicole was found to have parasites, which may have been residing in her gut ever since the Salmonella poisoning in 2002. The parasites were never medically confirmed.

“A lot of people were skeptical, however, I was feeling better with an increase in energy and a drastic decrease in frequency of bowel movements,” she said.

Around this time, Nicole married and wanted to start a family. Unfortunately, she went through back-to-back miscarriages—including one after a heartbeat had been detected.

“This was very difficult on us both emotionally and mentally,” Nicole said. “Between my years of colitis and fertility struggles, I didn’t think anything could be worse, until the cancer came.” 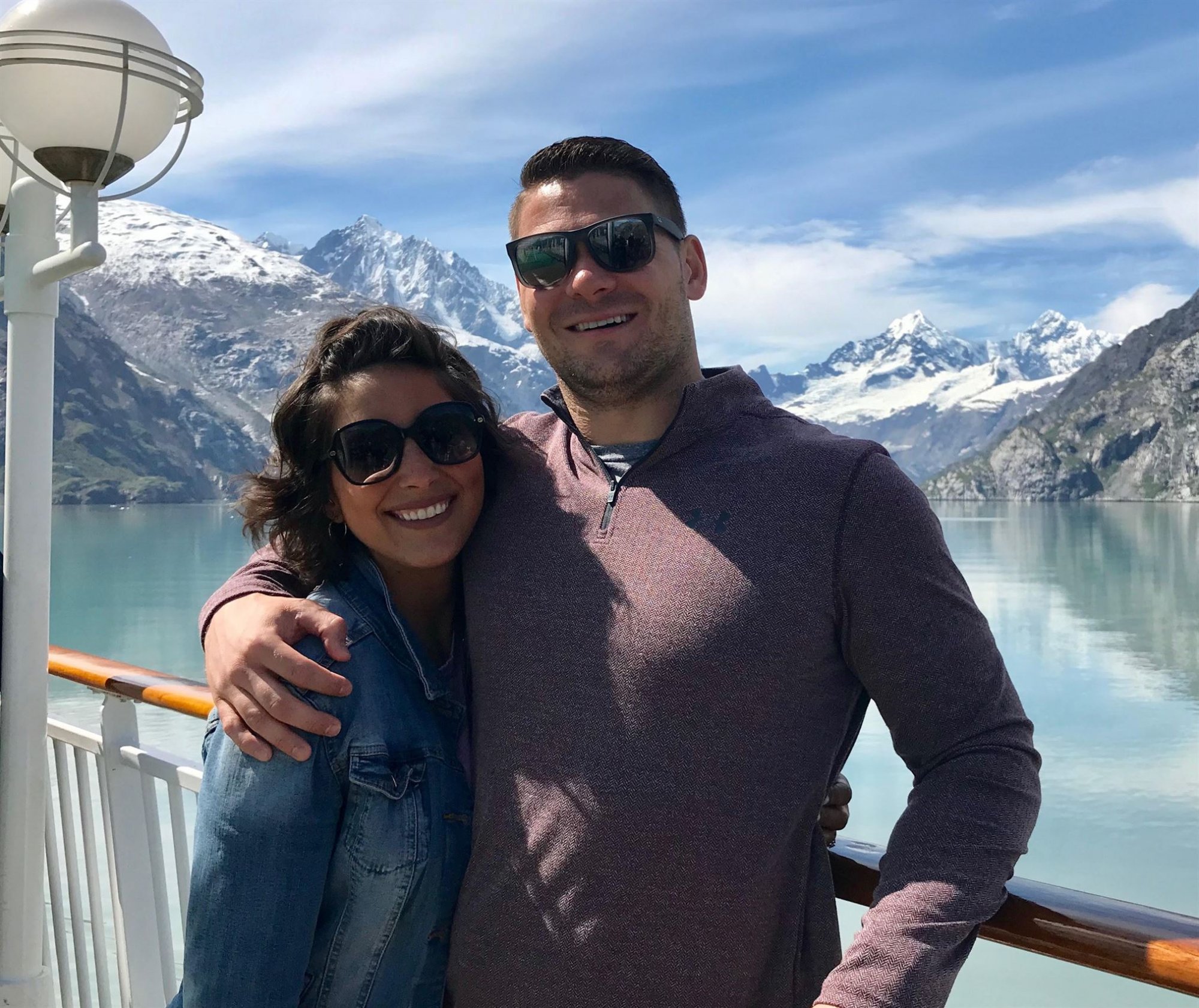 Since she continued to struggle, eventually the couple saw a fertility specialist who suggested a dose of baby aspirin every day, which can help with implantation. After a few months on the aspirin, Nicole’s hemoglobin was decreasing. Around Christmas 2016, Nicole was feeling extreme fatigue and ended up in the emergency room. Blood work confirmed Nicole was severely anemic, so she received iron infusions. Doctors also recommended an endoscopy and colonoscopy to see what the baby aspirin may have done to her internal organs.

On January 23, she woke up from the procedure with her mother and husband by her side. A the doctor explained how the baby aspirin had caused gastritis in her stomach and that they found a mass in her colon. Nicole felt numb. She knew in her heart that it was cancer.

Nicole retreated to her parents’ house, surrounded by her family. They cried together and felt as if it was all a bad dream. It became more of a nightmare later, when doctors confirmed that the mass was cancerous and identified it as stage IV (metastatic), as it had spread to a couple lymph nodes in her abdominal area, peritoneum, and liver.

“I felt like the world just stopped that day,” Nicole said. “When you go through something of this magnitude you can not think beyond the disease. I was fearful for my life so we wasted no time in getting things moving. A week after I was diagnosed I received my first round of chemotherapy.” 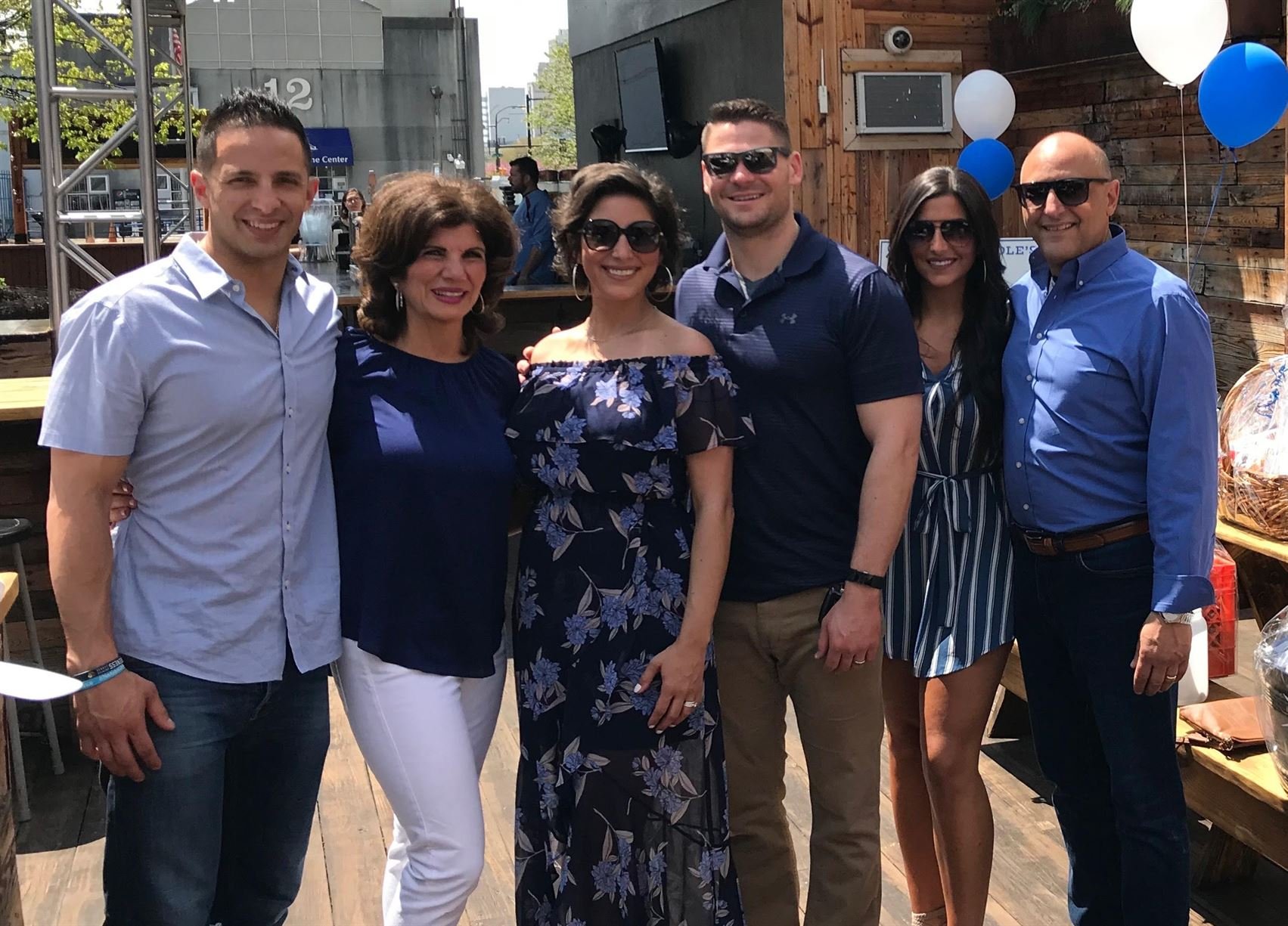 Nicole underwent eight months of aggressive chemotherapy. While most people find relief during the weeks off, hers were marred by fevers due to having colitis. In October 2017, she had a subtotal colectomy. For Nicole, the ostomy came into her life like a blessing.

“People that have experienced colon cancer with no family history or inflammatory bowel disease may view having an ostomy as a burden,” Nicole said. “For me, it is a win-win, as I no longer have colitis and I also beat cancer. It changed my life in the best way possible.”

In March 2018, she had surgery to remove the lesions that remained in her liver. The chemo worked so well that no cancer was found. It was only scar tissue.

“The news seemed like a miracle—I truly felt so blessed,” Nicole said.

Following surgery, Nicole was prescribed an oral chemo pill, which she hopes will continue for only a year. As a teacher, she was eager to return to work and have a sense of normalcy back in her life. During that time she received her first clear scan.

This past July, Nicole and her husband took a much-deserved cruise to Alaska. But Nicole isn’t saying good-bye to this disease. She is embracing it. 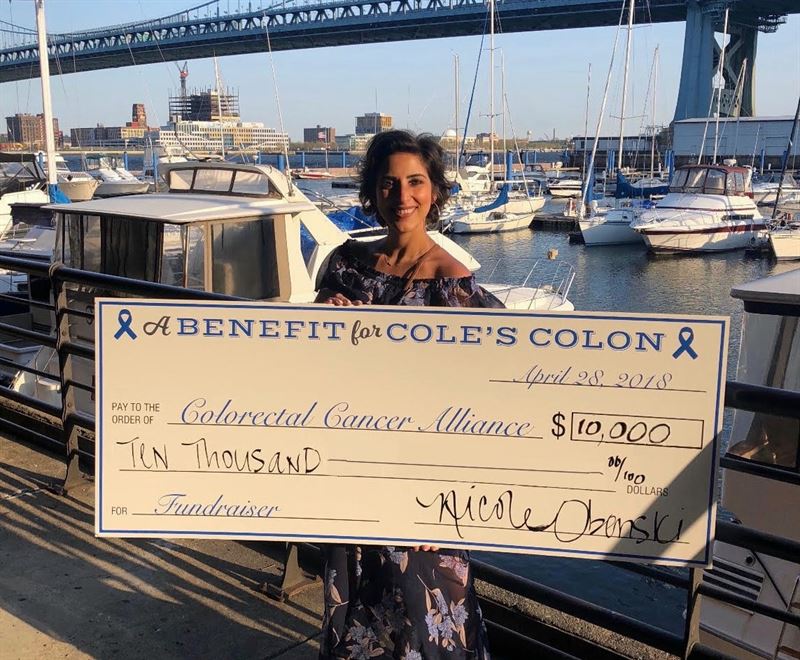 In April, Nicole hosted 265 people at a fundraiser in Philadelphia. It was an emotional celebration of her defeat over the second-leading cancer killer in the United States. In all, she raised $10,000 to benefit the Colorectal Cancer Alliance.

“I wanted to give back because I was given so much,” Nicole said.

Nicole told guests about how the disease changed her and gave her a new perspective on life. She still wants to share her story, raise awareness, and help other people get through their diagnosis and journey.

“You quickly learn that you want to be a better version of yourself, to be present in the moment, to not worry about a future we can not control and a past that is already behind us,” Nicole said.

“I just want people to know that it is vital to listen to your body, get screenings and annual check ups. Do not let anything go. It is really important,” Nicole said. “My journey ignited a fire inside me to bring awareness to colorectal cancer, especially to the younger demographic where cancer is occurring at an increasing rate. If I can prevent even just one person from going through what I went through, then it was all worth it.”