Heidi Duff: A source of hope 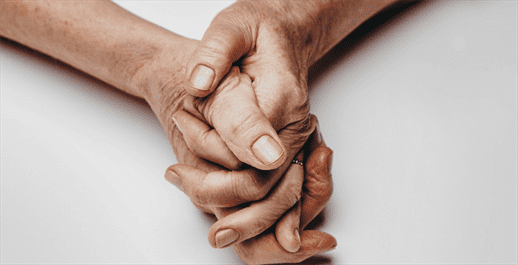 Sometimes students will ask why the 52 year old walks with a cane. Though she is a  private person by nature, Heidi doesn’t hesitate to talk about how a case of colon cancer led to the cane.

“I tell them because you never know if the next person you tell will have someone in their life with the disease, or the symptoms,” she says. “If I can talk about it, and give up my privacy and save one person from getting colorectal cancer or catching it earlier, it’s worth it.”

Twenty years ago, Heidi was diagnosed with stage IV colon cancer. Doctors used radiation through her hip to reduce the likelihood of recurrence. The process caused nerve damage affecting her ability to walk. One day, she’ll likely need a wheelchair.

“At that time, they weren’t as targeted with the radiation field as they are now,” Heidi says.

Twenty years ago, a lot was different.

In 1998, at 31 years old, Heidi made a trip from her home in Texas to Florida to visit her parents. While there, she saw a gastroenterologist for pencil-thin stools, some with blood.

“That did not look right,” Heidi says. “Looking back, I can see I had more symptoms, but I wrote it off to not eating well, flying a lot, and maybe being constipated.”

During a colonoscopy, the doctor found a lemon-sized tumor in Heidi’s sigmoid bend, leading to surgery the next day and a stage IV diagnosis. At the time, few young people were being diagnosed with colorectal cancer, and the prognosis for such an advanced disease was dire.

“Then, one met in the liver and you were dead,” Heidi recalls. “Now I see people with four or five, and they have a real chance.”

During chemotherapy, her unusual and lonely predicament was evident.

“Here I am in the chemo room, and everyone is so much older than me,” she says. “They asked me if I’m going back to college, I looked so young. I rarely ran into anyone my own age.”

She just wanted to know if someone like her could survive long-term.

“It can break your heart knowing stage IV is palliative care at that point,” she says. “That’s all I wanted to know, that it was possible to live, and if there was one person out there with that story, then it was possible.”

Seeking an answer to that question is how Heidi eventually found the group of people who would found the Colorectal Cancer Alliance, a community of patients and survivors who support one another through their journey, including co-founder and patient and family support navigator Jeannie Moore.

Heidi quickly became involved and volunteered as a Buddy, one of the Alliance’s first, through a  program that connects patients, survivors, and caregivers with those who have similar stories for advice and encouragement.

Heidi knows importance of being a symbol of survival, of possibility, of hope.

“I’m a counselor, first of all, and I’m drawn to helping people,” Heidi says, “but it’s to be that hope for people, that hope I was looking for, and that hope you can make it through, that I want.”

While she doesn’t know everything about all of the latest treatments—when Heidi was in treatment, only two drugs existed—she is ready to engage with anyone who needs to know life is possible.

“Jeannie (the patient navigator who helps run the Buddy program) keeps me in her back pocket for those special cases,” Heidi says.

Twenty years out from her diagnosis, Heidi wears a bracelet to remind her of the journey and a choice she faced: Would she live her remaining life with joy and hope or despair and depression?

“It is hard, as you get farther away, to remember the lessons cancer taught you,” Heidi says. “I feel like I was given a second chance in life. I wouldn’t wish it on anyone, but I think cancer made me a better person. None of us know when that last moment will be, so you need to live the time you have with joy and hope.”

It’s that message she often shares. And, she says, if it’s time for someone to get screened, she tells them to be optimistic about that, too.