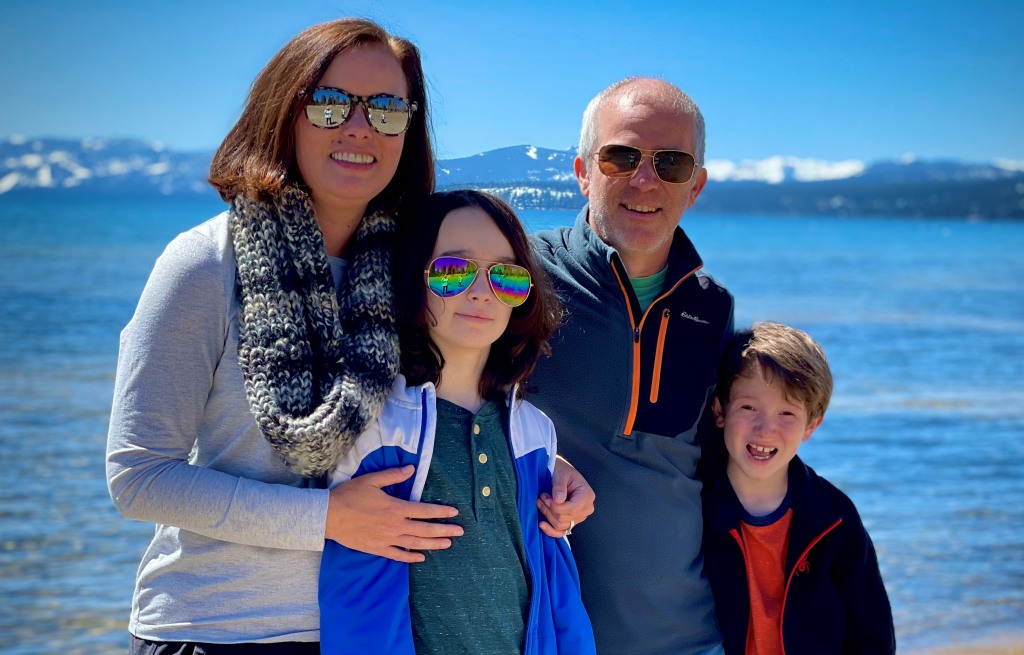 Jason Hooten hadn’t really thought about colorectal cancer before. He and his wife, Erin Hooten, were young, building their careers, and raising two children at home, ages 4 and 7. But everything changed the day before a planned trip to Disneyland.

Erin had found blood in her stool. Combined with ongoing abdominal pain that seemed to only get worse, the couple knew something was wrong. A colonoscopy revealed the truth — Erin had stage III colorectal cancer.

“You can never be prepared for those words,” Jason says. “We felt like our world was ripped apart in one conversation. I was scared my kids were going to grow up without their mom and I was going to lose my best friend.”

The six years since then have been a blur, Jason says, as the kids grew and Erin endured three recurrences and heaps of treatment. Jason spent his days as a caregiver and his nights as an insomniac researcher, searching out treatment options and holistic advice.

Today, he and Erin are just grateful.

In January, Erin had a third annual scan with no sign of recurrence. Even before receiving the good news, she suggested they do something to give back to the colorectal cancer community and help raise awareness.

As the owner of Napa, California-based ONE Flock Wines, Jason was struck with an idea: Every bottle of the 2020 ONE Flock wine sold — both the red and sauvignon blanc — will benefit the Colorectal Cancer Alliance.

The wine, Jason says, is a “nice, everyday drinking wine.” It’s also highly rated by Christopher Sawyer. And at less than $20, it’s affordable.

“Erin is standing here a couple of years later, and we’re just grateful,” Jason said. “We want to give something back.” 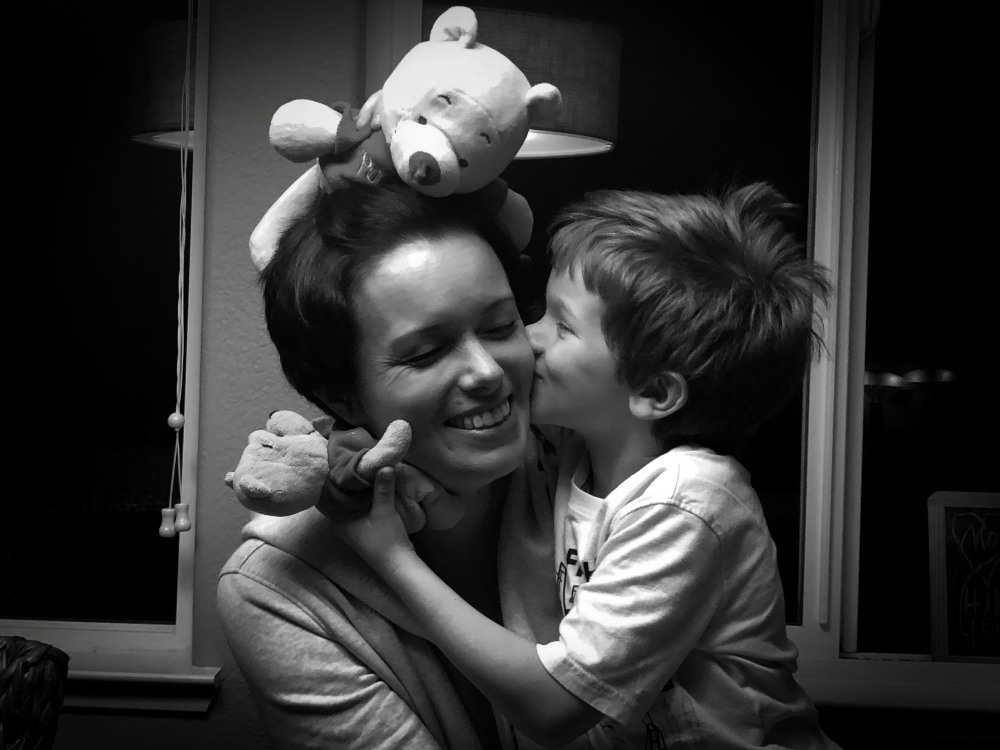 Erin was only 37 years old at diagnosis.

Six months after Erin’s first treatment ended, a scan showed that the cancer had come back, or recurred, in a lymph node close to her abdomen. More surgery and chemotherapy followed.

“After her cancer came back, Erin had some really dark days,” Jason said. “I knew I had to keep her spirits up and tried to mostly work close to home so she would not be alone.”

After another six months, a follow-up scan revealed that Erin’s case of cancer was persistent — and increasingly threatening. It had again returned to a lymph node. This time, doctors told Jason and Erin that surgery wasn’t an option.

Too much scar tissue, they said.

But the couple wasn’t taking “no” for an answer.

“You start toughening up a little bit after you’ve been dealt a hand like that a couple of times,” Jason said. “I said, ‘We’re going to other places.’”

The couple visited treatment facilities in other cities and states. They found an oncologist who pushed their surgeon to operate a third time — with the caveat that a fourth surgery is impossible.

Even though a fourth diagnosis was in Erin’s future, giving up was not. 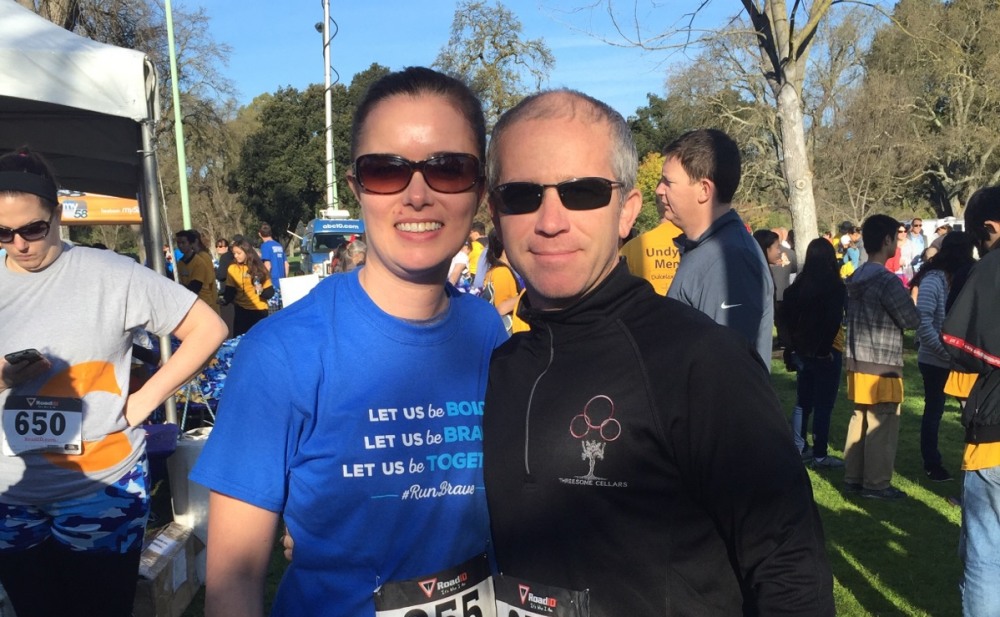 Erin and Jason have been supporters of the Colorectal Cancer Alliance before. Here they are at the Sacramento Undy RunWalk, which is now the Walk to End Colon Cancer.

After Erin’s third recurrence, or fourth diagnosis, the surgeon refused to operate. They changed oncologists again. The new one offered radiation, without the promise of a cure.

“We didn’t have a lot of money, but we were willing to do whatever we had to do,” Jason said.

They even went to Mexico for holistic therapy.

“You’re working against time,” Jason said. “Most people think their doctor knows everything and they take that for an answer. I just said ‘no way.’”

The couple adopted a plant-based diet and sought advice from other patients and survivors.

“I talked to people who were given a death sentence, but there they were — a living, breathing person telling me that,” Jason said. “I was being as aggressive as I could be in finding a way through this.”

After changing her diet, adding supplements, and receiving radiation, Erin was due for a dreaded follow-up scan. At this point in a cancer journey, many patients and caregivers anticipate bad news. Jason and Erin thought they’d learn about metastases, what it’s called when cancer spreads to other organs.

Instead, the doctors found nothing. Erin’s scan was clean for the first time in years.

“The doctors were pretty dumbfounded by it,” Jason said. “Was it the radiation? The alternative treatments? Or a perfect storm? Or all of it? We’re grateful for whatever it was.”

The ONE Flock red and sauvignon blanc bottles, featuring a watercolor painting of a blue heron. Jason says it symbolizes colorectal cancer.

Colorectal cancer can take a lot away from people, but sometimes it can also give people a new perspective and make life a little brighter than before.

“In short, cancer made our marriage stronger than ever,” Jason said. “You realize just how much that person really means to you and your children. We don’t take things for granted, and we both know we got each other’s back — no matter what!”

Now, Erin and Jason also have the colorectal cancer community’s back through their ONE Flock wine promotion.

The 2020 red wine and sauvignon blanc, both produced in Napa, California, include a label made in watercolor by a fellow, two-time cancer survivor, Tim Mitchell.

“It’s got this big blue heron bird on it,” Jason said. “To me, it represents colorectal cancer.”

ONE Flock will donate $3 per bottle sold online, and it will donate $5 per bottle during National Colorectal Cancer Awareness Month, which starts March 1. A portion of the proceeds for wines sold to wholesalers will also support the Alliance’s programs.

Wine can be purchased here.

The One Flock website describes the wines as follows:

This 2020 Red Wine is crafted with high-quality Zinfandel, Cabernet Sauvignon, Merlot and Syrah grapes grown in the finest regions of California. Fresh and vibrant with an attractive dark red-purple hue. Once it reaches the glass, the spirit of this bright young wine immediately comes to life with lofty aromas of ripe red fruits and wild berries, underscored by fragrant hints of crushed violets, lavender, allspice, sandalwood, and roasted nuts. On the palate, the natural intensity of the fruit-driven flavors of briary blackberry, raspberry coulis, boysenberry, ripe cherry, and dark plum are layered with nuances of chocolate truffle, black pepper, cardamom, clove, and a light touch of toasted oak. As the wine opens, these generous flavors are balanced with a silky texture, smooth tannins, and a burst of lively acidity leading to a lingering finish.

With a lovely light pale hue, the wine immediately dazzles the senses with floral aromas of spring flowers, ripe tree fruits, sliced melon, chamomile tea, and culinary scents of fresh herbs, zesty citrus, and chopped nuts. On the pallet, the pleasurable notes of green apple, honeydew melon, tangy grapefruit, and lemon curd are enhanced with underlying hints of wild sage, mineral, white pepper, and key lime pie. Young and vibrant, with a lively, lip-smacking finish. Past delighting the palate: the brilliant balance of bright flavors and racy acidity in each sip make this a great wine to serve with a wide range of young cheeses, appetizers, salads, seafood, and festive dishes focused on freshness.

And for anyone who is curious, the family finally did make it to Disneyland. We heard it was a hoot!