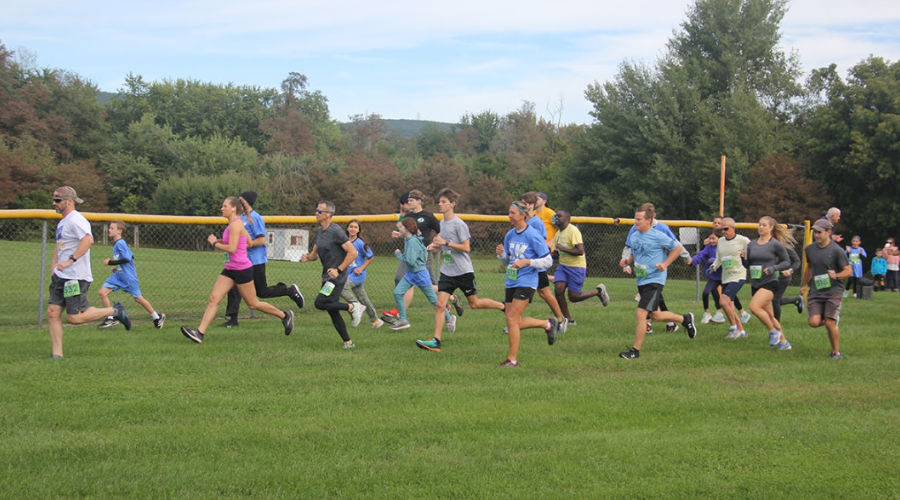 Sometimes, out of sadness and loss, comes something good.

Stephanie, or “Steph,” got diagnosed with colorectal cancer when she was only 30 and died sixteen months later.

Ed Godri, her father, described Steph as an “athlete scholar.” She was very active in athletics, and she got good grades. Her favorite season was the fall, and when she was in high school, she spent each fall on the cross-country team. 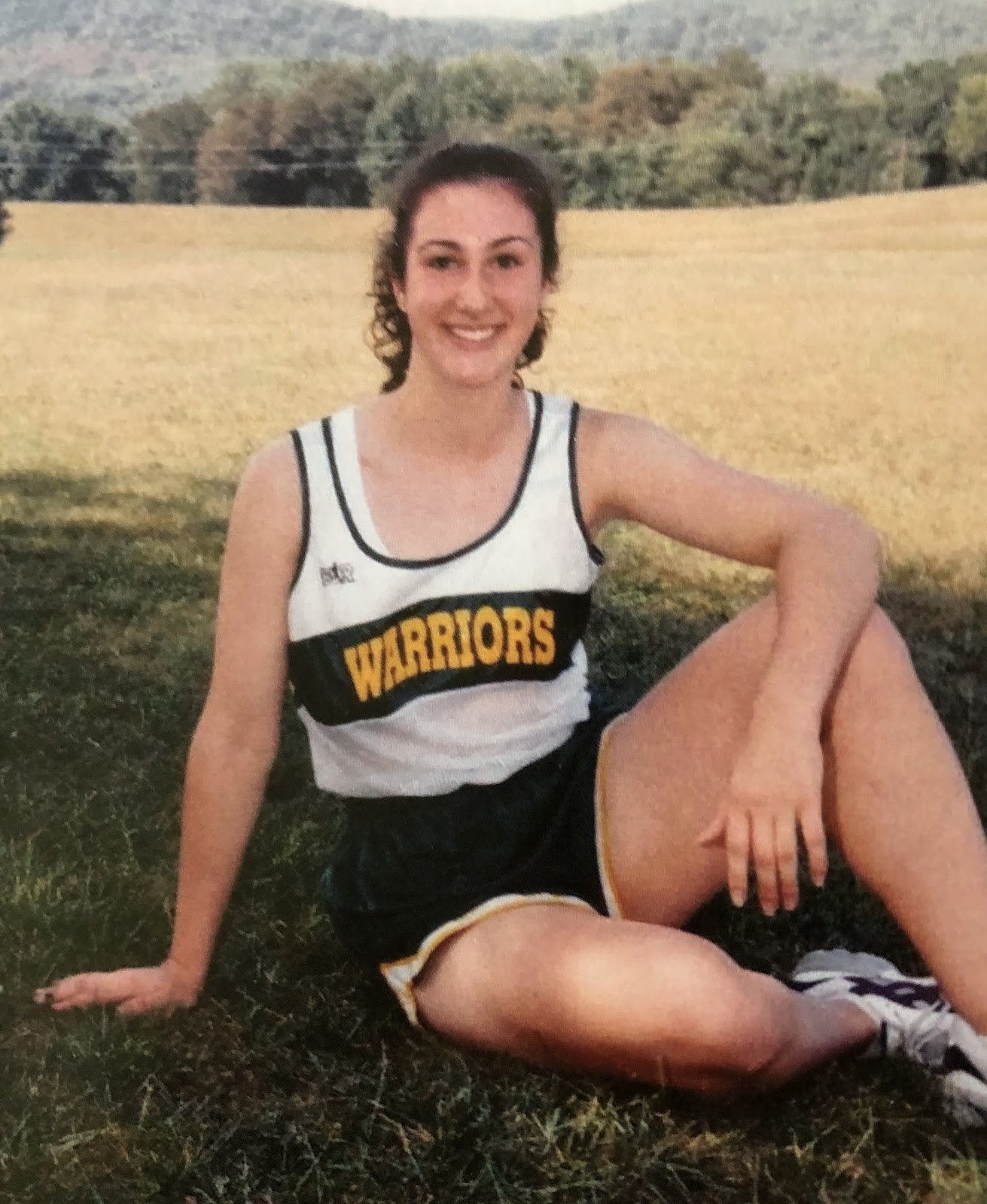 After Steph’s passing, the Godri’s wanted to do something to honor Steph’s memory. Knowing how Steph loved autumn and running, they decided a race — the Steph’s Fall 5k — would be a good idea. And, a good idea, it was. The first year, there were approximately 200 participants in their small town of Forty Fort, Pennsylvania (between Scranton and Wilkes-Barre). Since 2012, they’ve hosted the race every year from then to now, excepting 2021 and 2020, due to Covid.

Through the race, they’ve been able to raise funds. The Godri’s apply these proceeds to two awesome ends: One is a $3,000 scholarship fund to deserving scholar-athlete seniors in the local area, and the other is to the Alliance’s Blue Hope Financial Assistance Fund, which helps defray everyday costs for patients during treatment. One year, Ed said they had been able to donate $10,000 dollars to the Alliance. 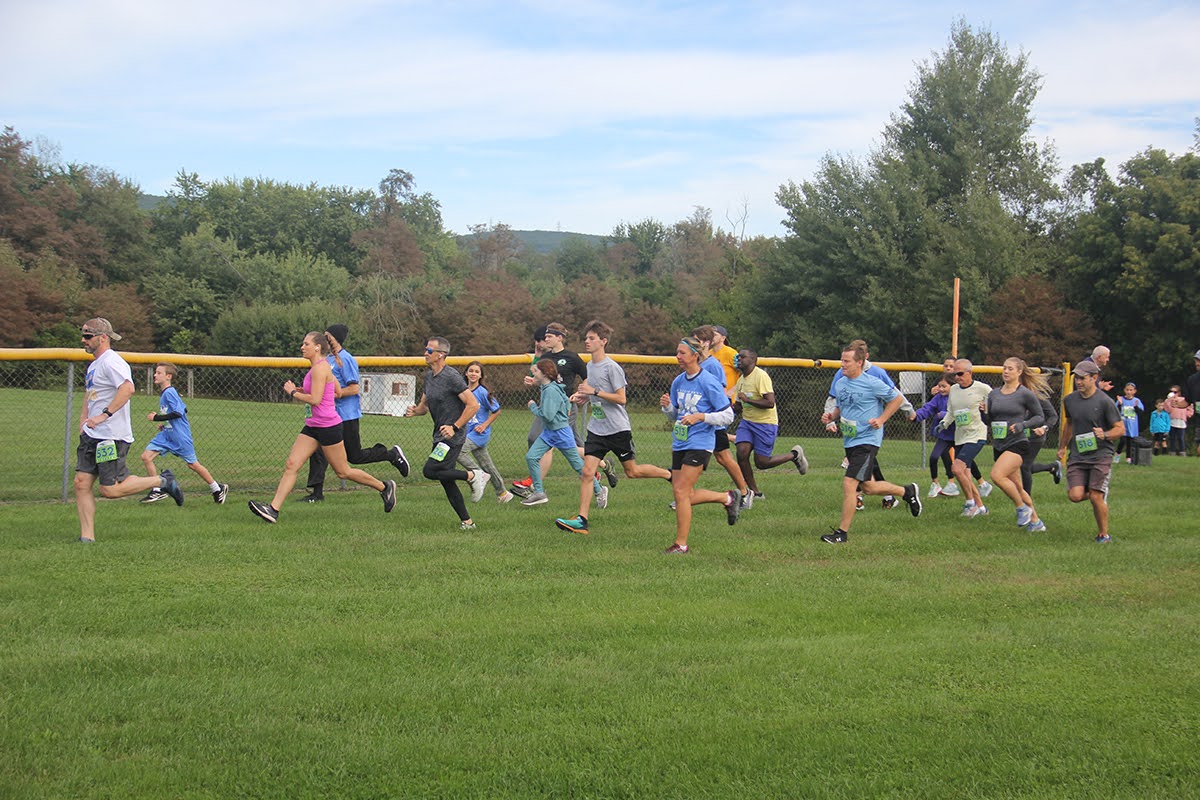 This year, on September 24, the Godri family put on their final race. It was a lovely afternoon, in the 70s and sunny. The Godri’s were unsurprised: Before each race, they’d ask Stephanie to give them good weather. This September, there were roughly 65-70 participants, including family, neighbors, friends, and classmates of Steph’s. A “small but mighty” and “close-knit” group, Steph’s mom Mary said.

Across the fundraiser’s lifespan, not including this year (numbers are still being tallied), Steph’s Fall 5k run/walk raised approximately $43,000 for the Alliance.

While this year was their final race (“bittersweet,” Ed said), the Godri’s remain passionate about raising awareness of and funds for colorectal cancer. They’re considering other kinds of events — perhaps a 50s dress-up party with live music.

And, for the past couple of years, Steph’s brother Stephen, who works for a financial services firm, organized a 3-Point Shooting basketball contest.

In “one-hour, twenty minutes,” Ed recalled Stephen saying, $2,800 was raised. Moreover, the firm matched the proceeds dollar for dollar, and sent a check to the Alliance for $5,600!

Ed offered readers the following advice:  “Get screened — triple exclamation mark!!!” he urged. He reflected that many people have fears about screening that are unfounded.  The truth, he said, is you go in and have a little nap under anesthesia. “You won’t even know!” Ed said.

When Steph’s colorectal cancer was discovered, the doctor instructed Steph to have all of her siblings get colonoscopies.

The Alliance wishes to thank Ed, Mary, Stephen, and the whole Godri family, for all that they have done for their local community and for their Alliance community.

If you’d also like to help with the cause of colorectal cancer screening, treatment, and research, find out how here.