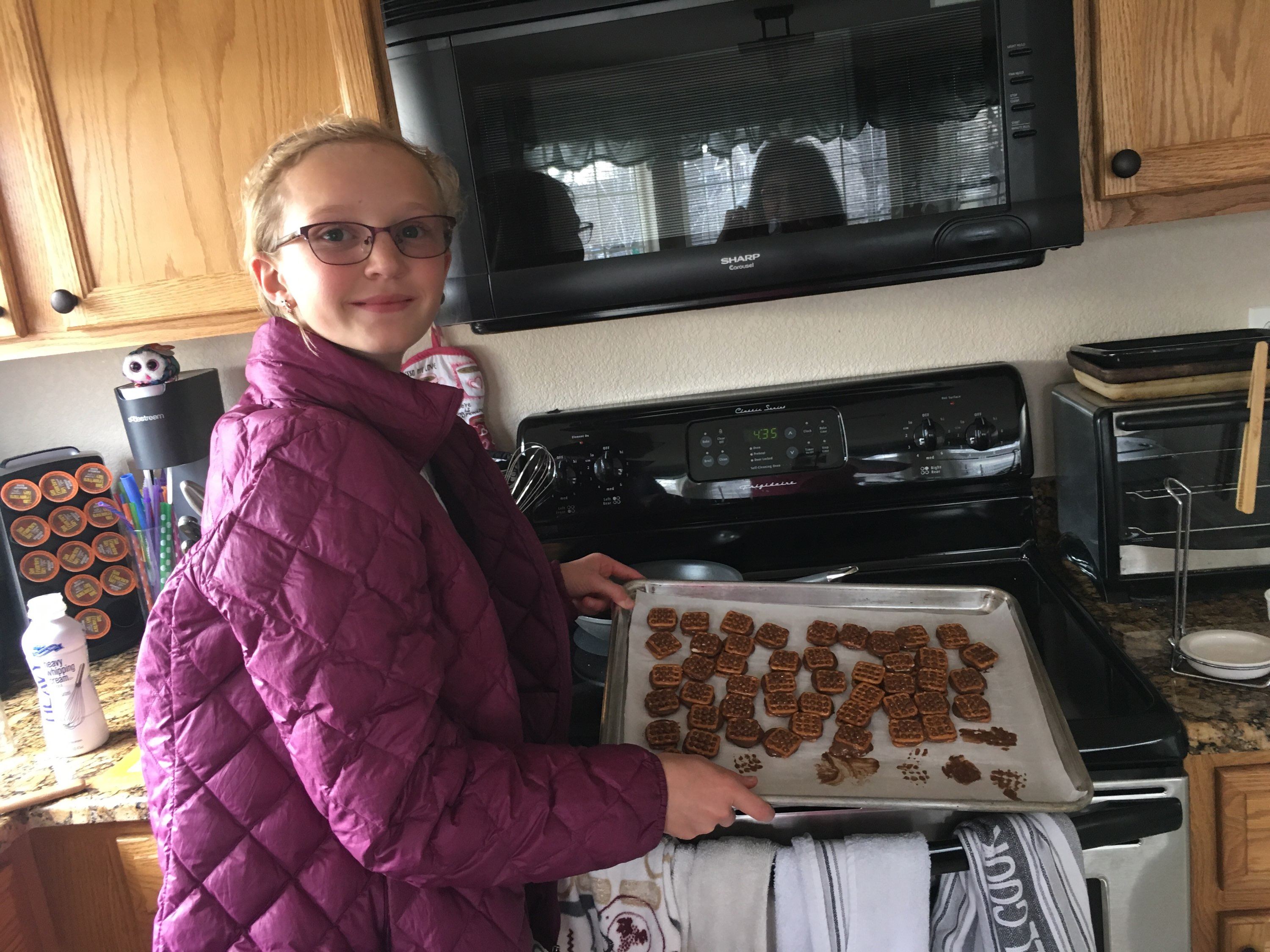 Marleigh Cummins experienced the death of her dad due to colorectal cancer in January 2016, when she was just nine years old. As sadness gripped her, a therapist showed her how to heal through art—a passion that has helped Marleigh become a fundraising DIYnamo for the Colorectal Cancer Alliance.

Marleigh remembers her dad as a person who would always go out and get things done. They also spent a lot of time together.

“We wanted to do a lot of the same things,” Marleigh said. “We liked to ski together and play kickball and ride bikes. He was kind of a prankster, and he really liked dogs.”

Shortly after his death, Marleigh started making clay figurines as a tribute. People took notice of the little figurines, which portrayed their activities together, including tennis, swimming, and going to the beach.

“Once people saw the talent she had with these figurines, they started buying them, so she realized there was a market,” said Angela Cummins, Marleigh’s mom. “One night at a book club she made 80 bucks selling the figurines because everyone was so impressed with her drive and willingness to pick up and move forward in a circumstance no one expects at age nine, or ever.”

It was time for business to grow. Marleigh’s Denver-based school, Stargate, runs a passion program that lets all students in grades K-12 develop items to sell at its Adriot Expo, an annual showcase of students’ creativities.

In the years since her dad’s death, Marleigh has dedicated several hours each week to making art for the sale. She named her business Cure for Cancer and donates the proceeds to the Alliance, becoming a true DIYnamo in the process.

Marleigh has raised more than $500 selling clay figurines, watercolor paintings, baked goods, and smash art. Smash art involves taking a scrap a book paper, cutting it to the size of card, and dotting it with Tempera paint. She folds the card in half and smashes it, revealing a beautiful pattern.

“When I do art, I get to put whatever I’m feeling into what I’m making at the time,” Marleigh said. “So I’d do smash art whenever I was having a negative emotion, so I could get the emotion out on an inanimate object instead of people. When I was happy, I would do water color or sculpting.”

Marleigh has managed to raise money despite the turbulence that often comes with starting a business. Her classmate partners haven’t always been reliable, but she remains dedicated to the cause.

“I don’t want people to have to deal with what I’m dealing with,” she said. “If cancer had a cure, it wouldn’t be this way. I don’t want other kids my age to have to lose a parent over cancer. It’s just a sad thing.”