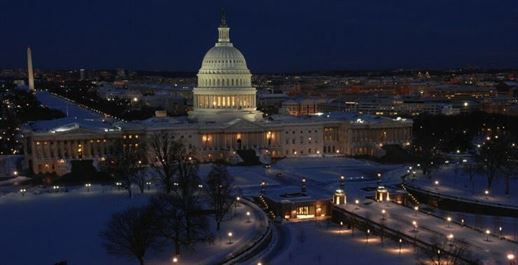 You or a loved one had to go to the hospital for treatment. The hospital accepts your insurance, but then you get a bill in the mail from a doctor. What should you do? You don’t want unpaid bills hurting your credit, but you don’t feel you owe this since you have insurance. The problem arises because, while your insurance pays the hospital, the doctor is out of network, so your insurance sends you a bill.

These surprise medical bills are not a rare occurrence. Twenty percent of the time when patients visit the emergency room they receive a bill, even though the visit is covered by their insurance. These surprise bills can often be thousands of dollars.

Surprise bills are a significant problem, and the good news is that both Democrats and Republicans in Congress are listening to patients and may take action.

The relevant Senate and House committees have come to an agreement on the general terms for legislation that would bar these surprise medical bills. The proposal creates a mechanism for working out disagreements between the doctor and the insurance company. Under the proposal, doctors who provide care that is out-of-network under a patient’s insurance will automatically be paid the median price of in-network doctors in the area. Given this payment mechanism, the doctor is then prohibited from sending the patient a bill.

Getting to this agreement has been anything but easy. This past summer legislation stalled as lobbyists descended on Capitol Hill and a group spent millions on television ads trying to kill the legislation. These opponents say the legislation will be devastating to doctors, and one TV ad depicts a patient who goes by ambulance to a hospital only to find it is closed.

Proponents of the legislation say these ads are only trying to scare the public. They note that legislation like what Congress is considering was passed in California several years ago resulting in a dramatic decrease in out-of-network bills to patients.

Health insurance is complicated enough. Patients shouldn’t be trying to determine if the hospital and doctor accept the same insurance while riding in an ambulance on the way to the emergency room. If your insurance includes paying for hospitalization, you should not have to worry that it might only pay the hospital, but not the doctor. Please let your members of Congress know that surprise bills are wrong, and you support taking action to end this unfair practice.

The Colorectal Cancer Alliance applauds Representative Donald Payne Jr. of New Jersey for his work to secure bi-partisan support of HR 1570 - Removing Barriers to Colon Cancer Screening Act with 336 co-sponsors. The key elements of the legislation were passed this week as part of a larger bill addressing access to prescription drugs.

This bill seeks to waive Medicare coinsurance requirements with respect to colorectal cancer screening tests, regardless of a resulting diagnosis or procedure. This bill targets a practice by the Centers for Medicare and Medicaid Services (CMS), often called the “colonoscopy loophole,” in which screenings change from a preventive to diagnostic precedure depending on whether polyps or cancer are found.

This is important because it has financial impacts on Americans. For instance, seniors may believe they have a no-cost screening method, but they could wake up from a colonoscopy with a surprise bill if polyps or cancer are found. Too many seniors are not taking the life-saving step of screening because they cannot afford the co-pay if polyps are found. It was never the intent of the Affordable Care Act to charge seniors for colorectal cancer screening, and the legislation passed by the House corrects this glitch.

Since the Senate will not be considering the legislation passed in the House, going into 2020 the next session of Congress will need to take up this issue again. The Colorectal Cancer Alliance will have this as a top legislative priority in the 117th Congress. At a time when Congress is divided on many issues, both Democrats and Republicans agree that the “colonoscopy loophole” is wrong and needs to be fixed.

At the start of the new Congress, the Alliance will be sending an action alert encouraging everyone to contact their Representatives and Senators regarding this important issue.