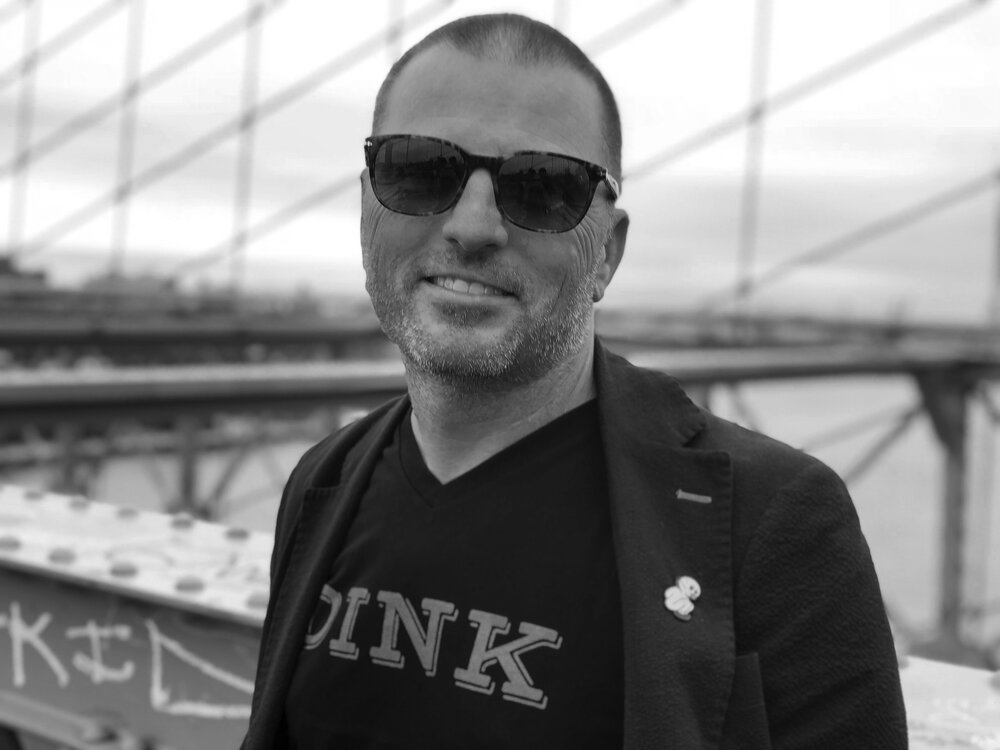 Artists need inspiration, not direction. So when Dom Czepiga’s middle school teacher told him how to create a piece — do this, then this, and then this — he balked.

“I was a little bit rebellious,” Dom said, recalling his years as a pupil in Anderson, South Carolina, the same town in which Chadwick Boseman grew up. “I said, ‘It’s going to be my art, my way. Who is the artist?’”

After that, Dom hung up his brushes. He grew and embarked on a successful career in solving the world’s water issues, and he got married.

It was with his wife Natalie that artistic inspiration struck again. Trammeled by a bad winter storm, stuck in the house, she asked Dom, “What are we going to do today?”

The question led to results that would impress any middle school art teacher. Dom dusted off a couple of canvases, and the couple started to paint. One painting led to more. And then a neighbor asked Dom, “Why aren’t you doing this for a living?”

Dom had a natural talent. A keen eye. And, thanks to a suggestion from his wife, a new Instagram account. He began posting his work there, and within 90 days a piece was featured in an Amsterdam-based art magazine.

“That started my journey,” Dom said.

Before long, Dink — the name Dom goes by in the art world — had lined up a series of magazine features, a charity auction, virtual art shows, and a full-blown website. He is known as a contemporary mixed-media artist, whose works feature bold colors and in-your-face motifs.

But his journey in art wasn’t the only one he'd come to embark on. The next would lead him to the Colorectal Cancer Alliance as a featured artist and committee member in the upcoming Bid 2 Saves Butts virtual auction. 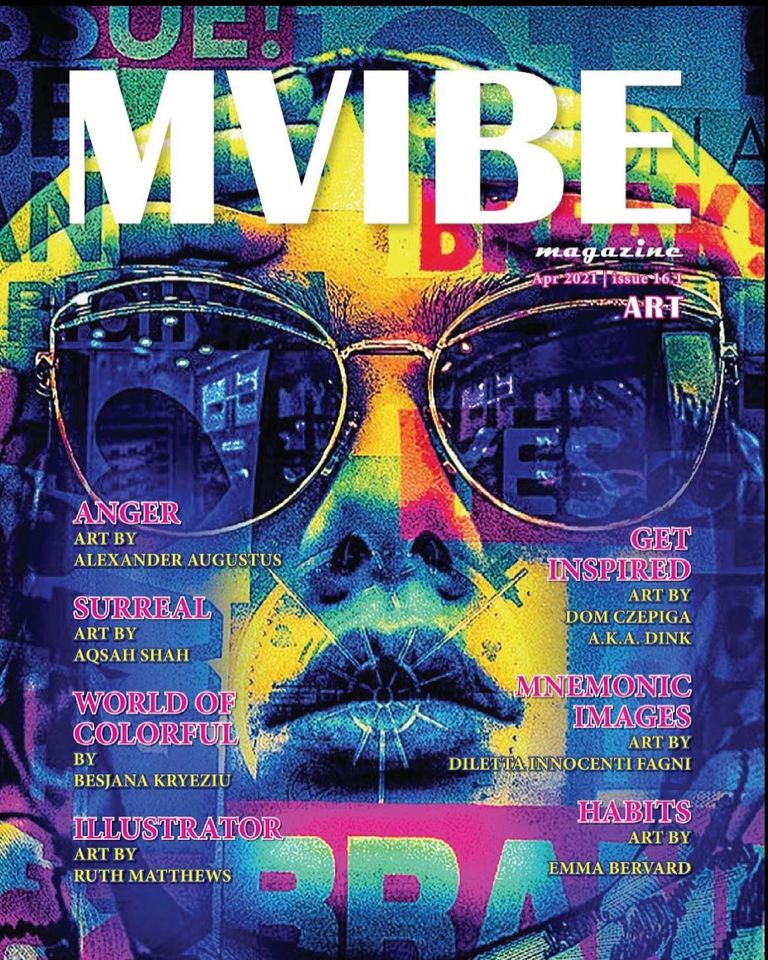 Dink’s art featured on the cover of MVIBE magazine.

Dom has always taken his health seriously. Regular six-month check-ups. Unafraid to do what will keep him around. And he knew a thing or two about gastrointestinal health. In his 30s, he had gallbladder surgery and has been taking medication to soothe his stomach ever since.

When Dom turned 50, he knew it was time to get screened for colorectal cancer. Symptom-free, he thought it would be another check mark. Instead, a colonoscopy found stage IIIa colon cancer.

The pandemic let Dom focus at home on his health and his work, both artistic and professional. He told anyone who would listen about his diagnosis and even created his own awareness campaign — Mission 18668, which signifies his age in days at diagnosis.

“I wanted people to put a name and face to the disease because, I’ll be honest, I was just like everyone else — I thought it wouldn't happen to me,” Dom said. “Between me and my wife, who is a hair stylist, we probably had over 100 individuals scheduled to go get colonoscopies, people who wouldn’t have done it otherwise.”

Dom took the diagnosis in stride.

“I was like, there is a reason this is happening and a reason it’s happening now,” Dom said. “I’m supposed to learn from this and do something.”

One of those things, Dom decided, was to focus on art. He set a goal to do something art-related every day.

Most of Dom’s work doesn’t involve cancer, but a few pieces do — one of which is available for auction at Bid 2 Save Butts, the Alliance’s first all-virtual public auction. 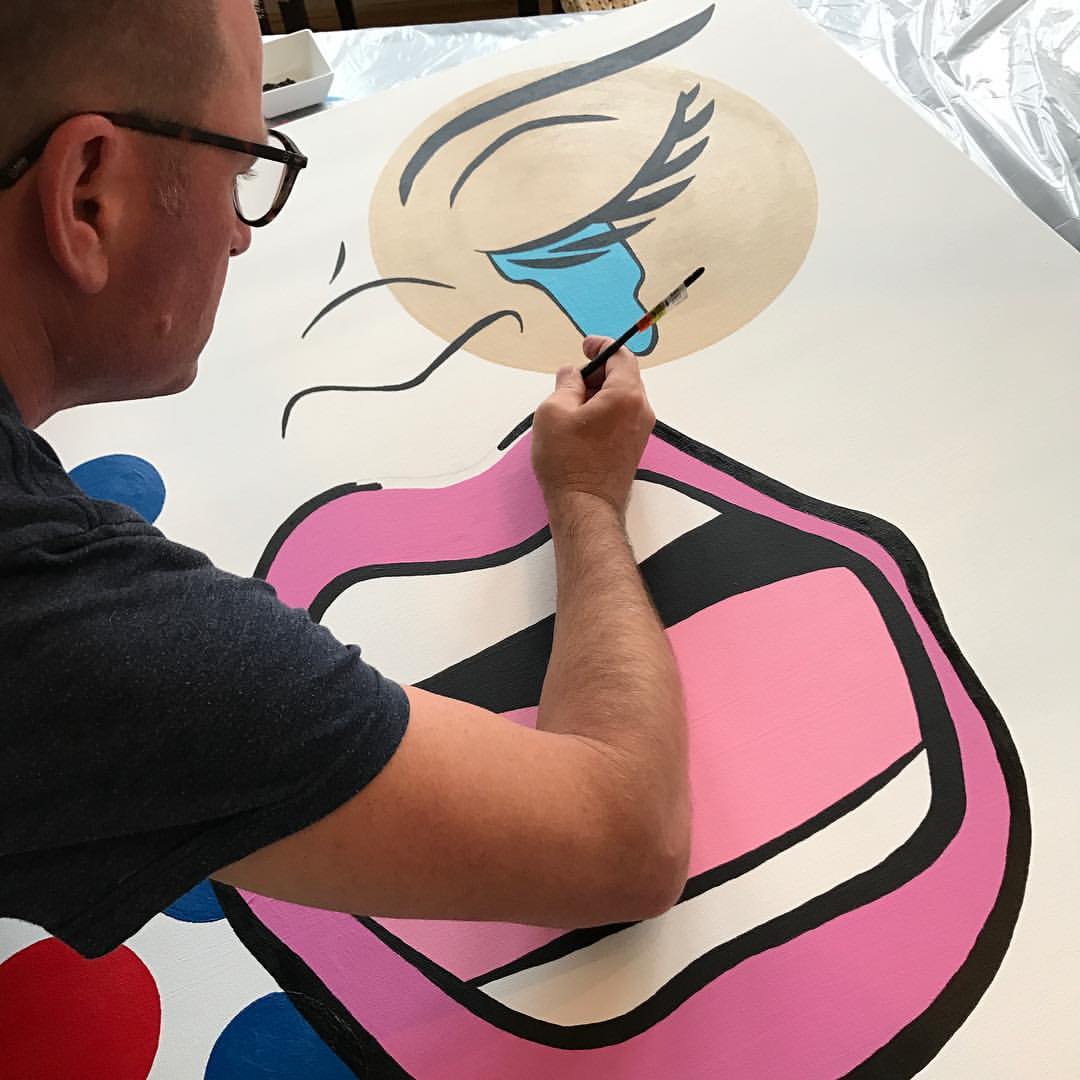 Dom, aka Dink, creates at his home in Mount Pleasant, South Carolina.

The Stars Line Up

Dom got his first real view of the Colorectal Cancer Alliance during the Blue Hope Bash, a live fundraiser streamed nationally on October 24, 2020. While he didn’t win the event’s Porsche raffle — “I still can’t believe it,” he said — the stars were lining up, regardless.

“After watching the Bash, I reached out to the team and said, ‘Hey look, I was moved, it was great, and I’d like to get involved,” Dom said.

At the same time, he was keeping tabs on Trey Mancini, the young Baltimore Orioles star who completed treatment for colon cancer last year and was featured during the Bash. The Alliance held a raffle to spend 20 minutes with Trey, which Dom entered and won.

“Once again, the stars were lining up,” Dom said. “Trey and I talked, and I decided I would create a baseball card type of art of Trey for the auction.” 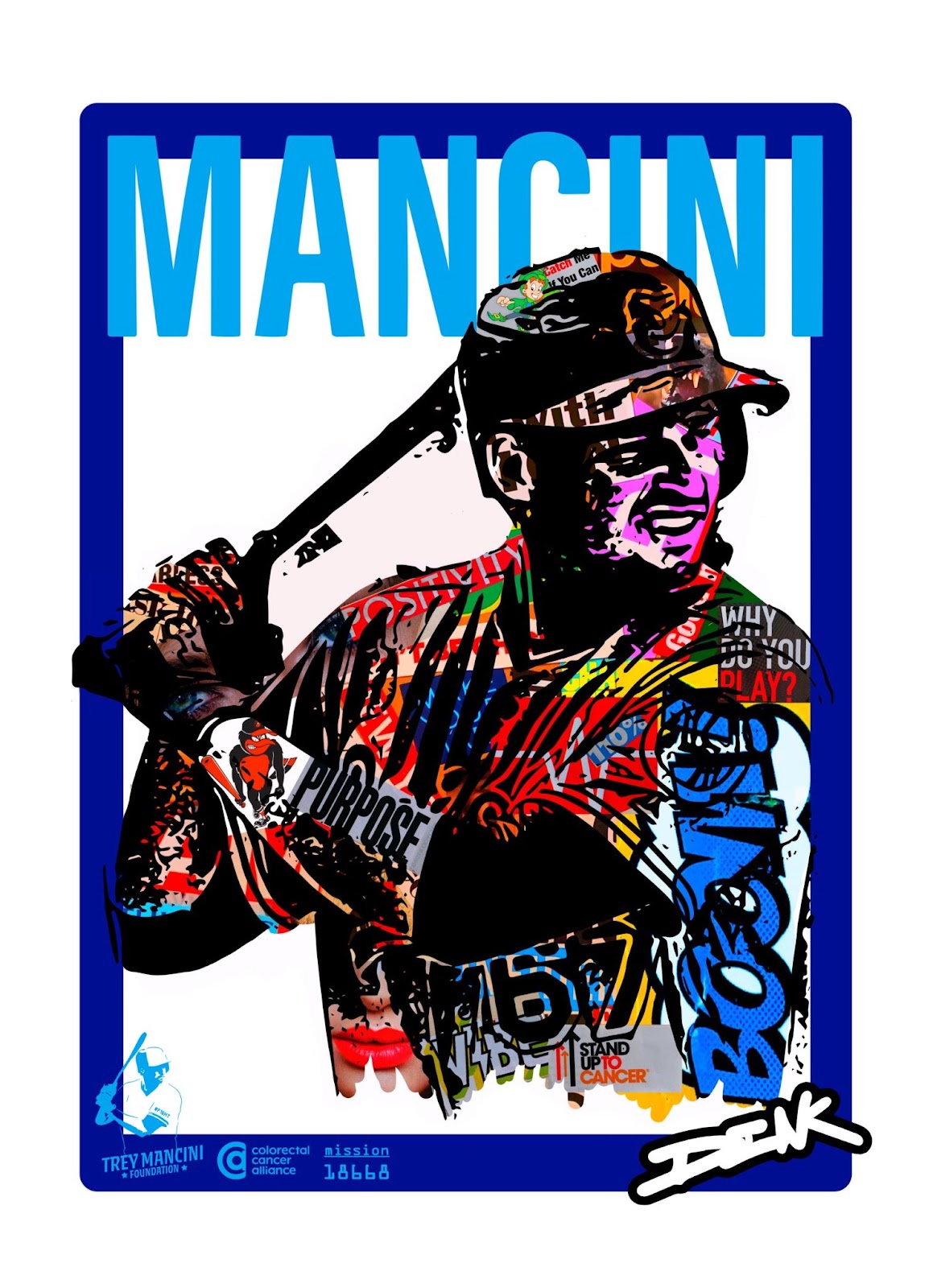 Dom is also selling baseball card-sized prints of the piece, which come in an acrylic case. Proceeds after production costs will go to the Alliance, the Trey Mancini Foundation, and Project 18868.

Dom has finished treatment and considers himself cancer-free, but the journey he’s experienced will stick with him for the rest of his life. He is dedicated to raising awareness and ensuring that people know a community of allies exists, and no one has to face colorectal cancer alone.

If you or a loved one is seeking assistance with a colorectal cancer diagnosis, please call the Colorectal Cancer Alliance’s Helpline at (877) 422-2030 or visit the Alliance’s Patient and Family Support page to learn more about our services.

The Bid 2 Save Butts auction is open to the public and runs from June 17 - 19. Register here.