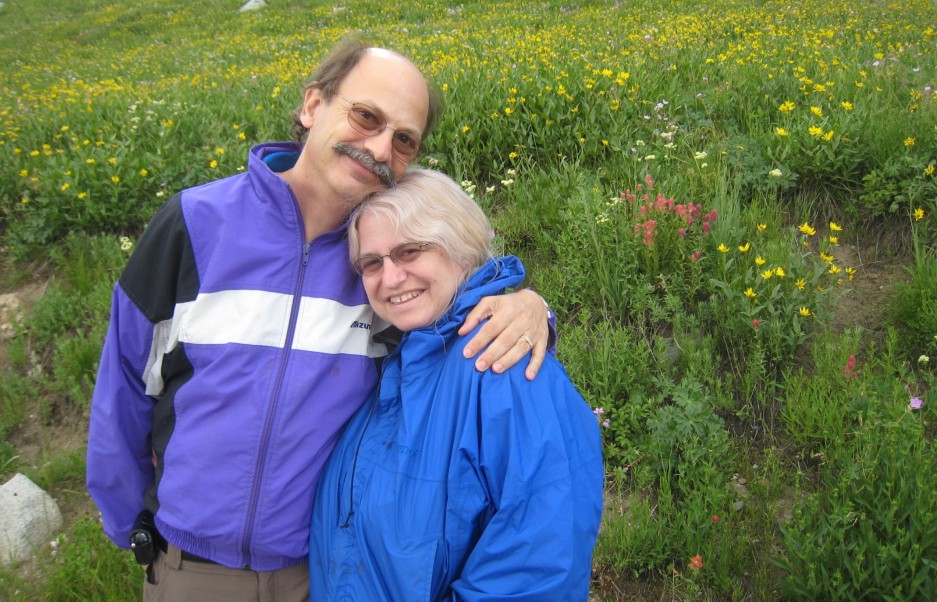 This month, Evan Kraft made his 67th donation to the Alliance in memory of his late wife, Jill Benderly, and in support of today’s patients and caregivers.

Evan is a monthly donor. By making an automatic $15 contribution each month, Evan has become one of the Alliance’s most charitable supporters — and has helped build a reliable base of support for the colorectal cancer community.

“I’m not wealthy enough to give all the money that is needed, but it’s something I’m comfortable letting go of every month, and I’m happy about it,” Evan said.

As a monthly donor, Evan’s contributions support all of the Alliance’s pillars to screen, care, and cure colorectal cancer. Each pillar is important to him and the story that brought him to this community. It starts in 2010, with a colorectal cancer diagnosis overseas.

Evan and Jill were living and working in Croatia when she was diagnosed with stage IV metastatic colorectal cancer at age 54. While Croatia has a good medical system, standards for complex cancer care don’t quite meet those of the United States, Evan said.

The couple took leave from their jobs and boarded the earliest flight home to start treatment.

“It was a total earthquake,” Evan said of Jill’s diagnosis. “The health recommendation that people get screened by age 50 was adopted in U.S. at that point, but not in Europe. She hadn’t been screened.”

Today, guidelines state that people at average risk of colorectal cancer should begin screening at age 45. People with risk factors should speak with their doctors about starting earlier.

“The reality is, if colorectal cancer is detected early, it’s very treatable,” Evan said. “That speaks to the importance of screening and early detection.”

The Alliance is committed to increasing screening rates and reducing screening disparities. We also have a free screening quiz, which provides a personalized screening recommendation. 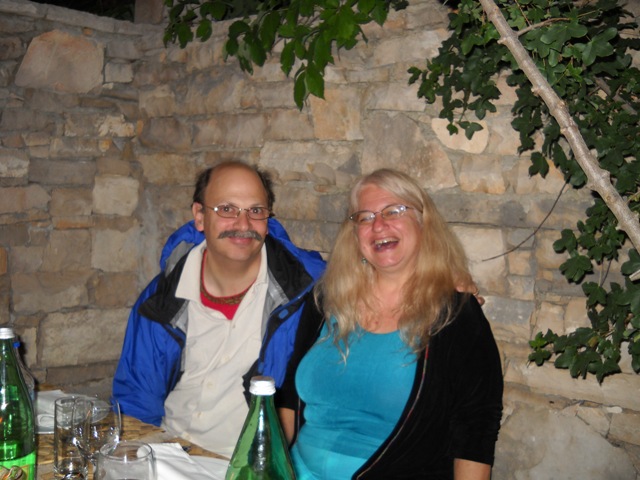 Evan and Jill bounced from Utah to New York to Washington, D.C., for treatment, leaning on friends and family for everyday support. Jill’s diagnosis set off a two-and-a-half-year battle against the disease, which had spread to other organs. Their journey became difficult quickly.

“Even for us, a middle-class couple with good health insurance, the diagnosis was very financially and emotionally challenging,” Evan said.

Jill turned to the Colorectal Cancer Alliance for peer-to-peer support, finding a community of patients and survivors like her through our private Facebook group, Blue Hope Nation. She learned a lot about treatments and wellness, Evan said, and her connections were especially helpful as she coped with hair loss related to chemotherapy.

“For a woman in her 50s with beautiful long hair, it was very emotional and devestating,” Evan said. “She was talking to other people about what to do, and just the emotional stress of something that was so important to her and her appearance.”

The Alliance’s staff of certified patient and family support navigators also provide free assistance via our toll-free Helpline. Many of our navigators have personal experience with colorectal cancer and related issues.

“The opportunity to get support from and learn from other patients is just tremendously helpful and important,” Evan said. “The virtue of an Alliance is that you can get to know people who are going through the same thing; otherwise, how would you find them?”

Sadly, Jill died from colorectal cancer in January of 2013, leaving behind her husband and a child.

“She was extremely vital, adventurous, and professionally successful — just a wonderful person,” Evan said. “That’s a loss that will always be there.”

Evan has since remarried, but the journey he experienced with Jill will never be forgotten, nor will the knowledge that other patients and caregivers are walking the same path now.

“I just feel tremendous empathy for anyone with colorectal cancer, and I’d like to do my little bit to see if I can help people deal with it,” Evan said. “Perhaps we will even get to the point where it doesn’t kill people anymore.”

Join Evan in the mission to end colorectal cancer. Become a monthly donor.