“No Guidebook”: Young-Onset CRC Survivor Will Share Her Story At Portland Undy RunWalk 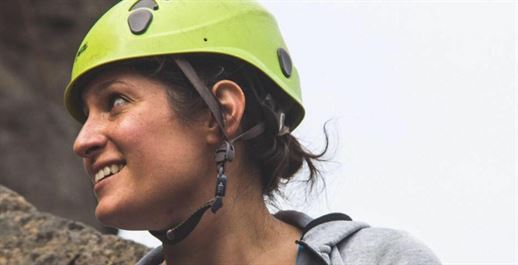 At just 26 years old, Portland resident Valerie Kolm had lost autonomy over her body when doctors found a baseball-sized tumor in her colon, leading to a colorectal cancer diagnosis.

“It was traumatizing, and I felt alone,” Kolm said. “There was no guidebook.”

In the years since diagnosis and treatment, Kolm has found solace in telling her story, and she’ll do it again at the 2019 Portland Undy RunWalk on June 15 at Willamette Park.

“I feel good when I tell my story, and people really need to know about this disease,” said Kolm, who now works at Genentech, a biotechnology company that makes medicines for serious diseases like cancer. "As a cancer survivor, my experience gives me a strong purpose every day as part of a company that is helping people with this disease."

In Oregon alone, more than 1,600 people are expected to receive a colorectal cancer diagnosis this year. Colorectal cancer is the second leading cause of cancer deaths among men and women combined in the United States.

The Portland Undy RunWalk is a family friendly 5K that raises funds and awareness to help defeat this disease.

Regular screening and knowledge of symptoms are critical to preventing or catching colorectal cancer early, when it’s still highly treatable. But, as Kolm knows, it can be easy to ignore the symptoms.

“I had eight million reasons to think something was wrong,” Kolm said. “Over several months, I lost weight, had cramps, and suffered fatigue.”

But Kolm was in college, living like a college student. She thought she just needed to “get it together.”

“Eventually, I did see a doctor at the campus health clinic,” Kolm said. “My charts were so abnormal for someone my age the doctor didn’t know what to do, but she did refer me to a gastroenterologist.”

In the end, Kolm recovered from her stage I diagnosis, living to tell her story at the Portland Undy RunWalk and encourage others to share their stories.

“If we all share our stories with the people we know, especially doctors and nurses, we can save lives, and that’s what the Portland Undy RunWalk is all about,” Kolm said.