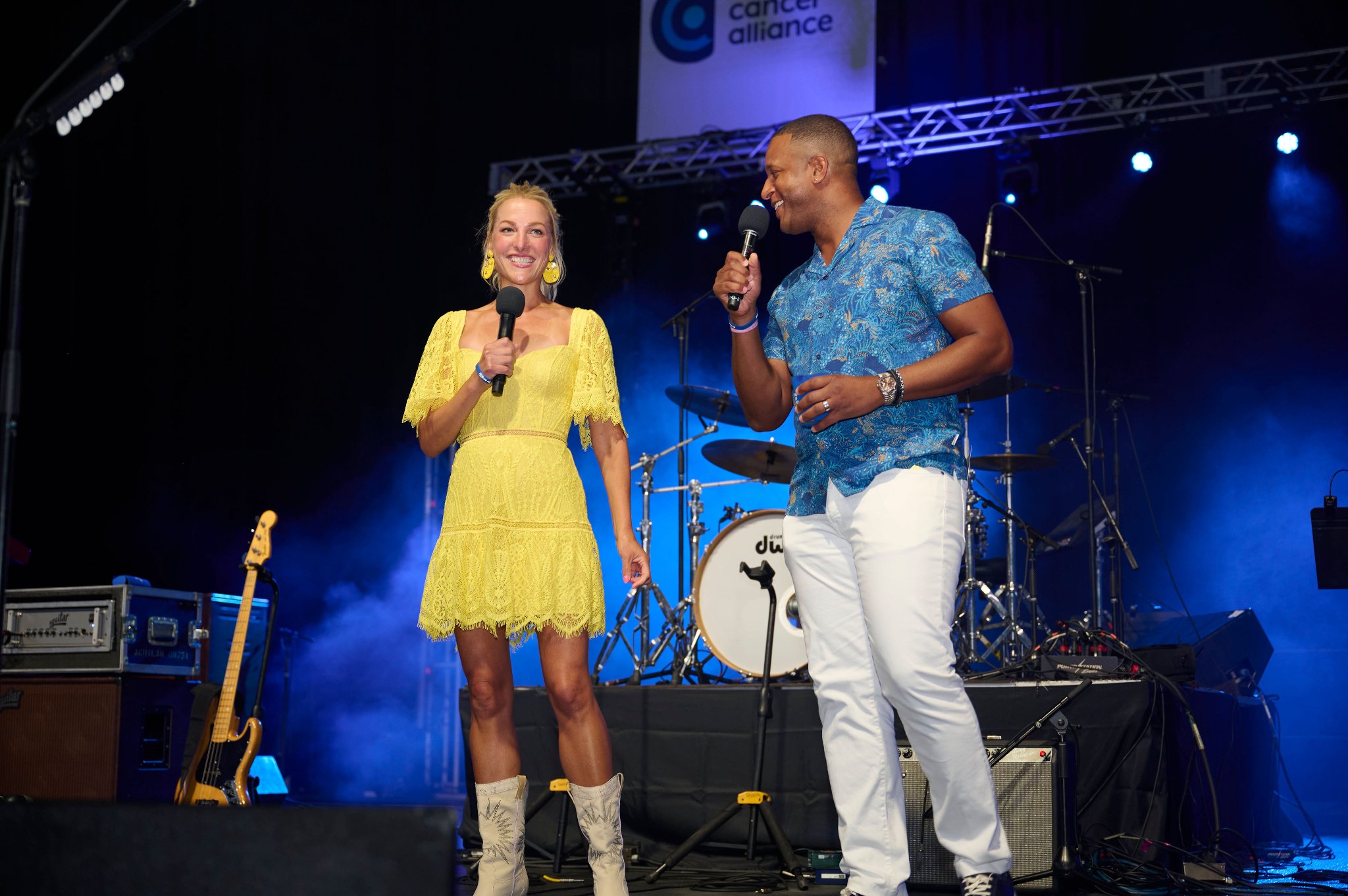 In addition to anchoring NBC News and hosting The Today Show, Melvin is a member of the Alliance’s Board of Directors. Melvin lost his brother, Lawrence Meadows, to colon cancer at the age of 43 just two years ago.

Melvin planned the golf tournament, which raised $1.1 million, to honor Meadows and advance the Alliance’s mission. Funds raised at the tournament will support the Alliance’s programs to get more people screened, navigate patients through treatment, and fund innovative research to end colorectal cancer.

“Lindsay and I were delighted to host The Bottoms Up Invitational to benefit the Colorectal Cancer Alliance,” said Melvin. “This organization is leading a cause near to our hearts. Far too many families experience the pain of diagnosis and the anguish of loss. This weekend was about having fun and doing good — connecting with friends old and new, and supporting a critical mission to end this disease.”

View photos from the Bottoms Up Invitational here.

“We are honored and delighted at the commitment Craig and Lindsay have made to raise awareness of colorectal cancer and help those who have been affected by it,” said Michael Sapienza, CEO of the Colorectal Cancer Alliance. “The million dollars raised this weekend will ensure that we can get more people screened for this disease and fund critical research that will save lives.”

Colorectal cancer is the second deadliest cancer in the United States, but with screening, it is also one of the most preventable cancers. Colorectal cancer is also highly treatable if caught early, with a five-year survival rate of 91%. On average, the lifetime risk of developing colorectal cancer is about one in 23 for men and one in 25 for women; however, this varies widely according to individual risk factors. The American Cancer Society estimates 151,030 new cases of colorectal cancer this year and 52,580 deaths.

In addition to Melvin and Czarniak, The Bottoms Up Invitational was sponsored by Comcast/NBC Unites, Goings Law Firm, Natera, Brigade Capital Management, Exact Sciences, the Family of Brian Mendell, and nearly 30 hole and foursome sponsors.