Colorectal Cancer Alliance Appoints Avi Benaim to Board of Directors 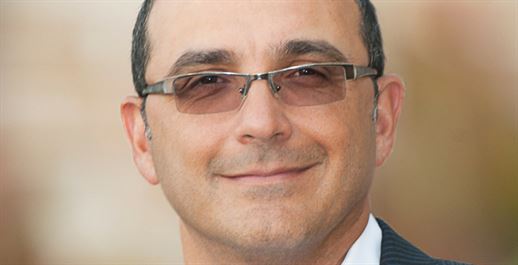 National non-profit the Colorectal Cancer Alliance today announced the appointment of Avi Benaim, Founder and President of A.B.E. Networks, to its Board of Directors.

Benaim started A.B.E. Networks almost 30 years ago in Silver Spring, Maryland, installing car audio and video entertainment systems. As car manufacturers began to offer their own factory-installed entertainment systems and his customer base aged into home ownership, Benaim pivoted A.B.E. Networks into residential and commercial technology integration. The business works with notable companies such as Crestron, Savant, Sony and Samsung, to name a few. A.B.E. Networks recently moved to a state-of-the-art facility in Rockville, Maryland, and employs more than 35 people in four departments.

Benaim first experienced a loved one succumbing to colorectal cancer after his father passed away from the disease when Benaim was just 10 years old. In his early 20s, he met the love of his life, Michelle Benaim, at a philanthropy event that she had organized. Avi and Michelle married in 1998 and had three children: Alex, Sam, and Sophia. In the fall of 2015, Michelle was diagnosed with colorectal cancer. They immediately got involved with the Colorectal Cancer Alliance by spreading awareness, raising money, and recently serving as the Co-Chairs of the Alliance’s largest fundraiser, the Blue Hope Bash. Michelle fought incredibly to the end, passing away on September 30, 2017, at age 49. Benaim aims to continue to display the Koach (Hebrew for strength) that Michelle was well known for throughout the community.

"It is an honor to join the Board of Directors with the Colorectal Cancer Alliance, an organization that provided invaluable hope, support and resources to my family during Michelle's illness and since her passing,” Benaim said. “I look forward to the opportunity to help advance the life-saving mission of the Alliance and to help families like mine who are impacted by a colorectal cancer diagnosis."

“The Alliance is beyond thrilled to welcome Avi Benaim to our Board of Directors,” said Michael Sapienza, CEO of the Colorectal Cancer Alliance. “He is following in his late wife Michelle’s footsteps as a person of action to help others suffering from colorectal cancer.”

Colorectal cancer is the second-leading cause of cancer-related death in the United States. This year, it is estimated that more than 135,000 Americans will be diagnosed with colorectal cancer, and nearly 50,000 will die from the disease. In its early stages, colorectal cancer is highly treatable, with a five-year survival rate of 90%, making it a stoppable and preventable disease through early detection.