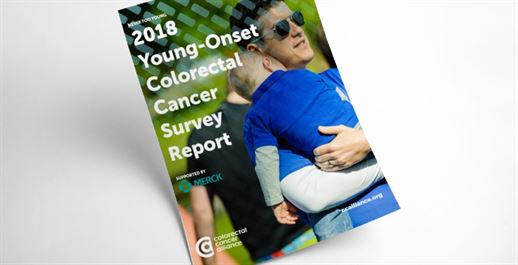 Nearly three-quarters of young-onset colorectal cancer patients are diagnosed with an advanced stage of the disease, a significantly higher percentage than has been reported for their more mature peers, according to a report from the Colorectal Cancer Alliance (Alliance).

The 2018 Young-Onset Colorectal Cancer Survey Report, which highlights the experiences of patients, survivors, and caregivers, shows an acute need to increase understanding about young-onset colorectal cancer among the general population and physicians, especially primary care doctors who first see patients.

“Once again, our data suggests a gap in awareness about the symptoms and risks of colorectal cancer in people under age 50, both in doctor’s offices and at home,” said Dr. Ronit Yarden, the Alliance’s director of medical affairs.

The Alliance’s study shows that 71 percent of young people with colorectal cancer are diagnosed at advanced stages of the disease, stages III or IV. This is significantly higher than the 60 percent reported for late-stage diagnoses in the overall colorectal cancer patient population, the majority of whom are over 50 years old.

Many respondents were initially misdiagnosed, the study shows. Sixty-seven percent of patients reported seeing at least two physicians, and some more than four physicians, before they were diagnosed correctly with colorectal cancer.

The study also highlights a tendency among patients of waiting to see doctors after symptoms occur. Forty-one percent of patients reported waiting at least six months after the initial presentation of symptoms to talk to a doctor. Many then received an initial misdiagnosis.

Receiving a misdiagnosis affords the disease more time to grow and spread, possibly contributing to a higher percentage of diagnoses at advanced stages among patients under 50 years old.

In a bright spot, the 2018 report shows more participants were referred by their primary care physicians for colonoscopies than in 2017, which could represent a positive trend of increased awareness.

“This disease is highly preventable with screening and highly treatable if caught early, but patients and the medical community must know that you’re never too young for colorectal cancer,” said Kim Newcomer, Never Too Young program manager at the Alliance.

The survey, which is in its third year, lets the Alliance learn about and track the self-reported medical, psychosocial, and quality of life experiences of young-onset patients and survivors. This year, for the first time, the survey also tracked the experiences of caregivers.

The Colorectal Cancer Alliance has made young-onset colorectal cancer a top priority, advocating for research and educational advances in this area, as well as offering support. And with a promise to fund $10 million in colorectal cancer research by 2021, including $3 million dedicated specifically for young-onset research, the Alliance continues to lead research funding efforts in this field, as well.