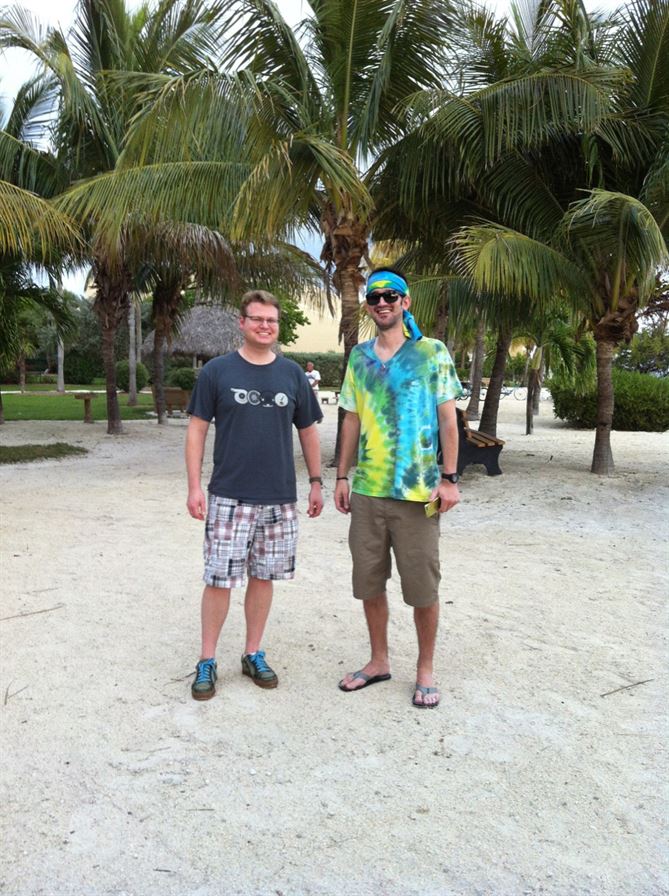 We're sure that by this time, you've heard of the Ice Bucket Challenge and may have even participated yourself. On Facebook, we asked you if you thought it was an effective way to get the message out or too silly to work. The responses we received have been so incredible, that we chose one in particular who inspired us to think, reflect and question.

My cousin, Josh Kahle, died of colon cancer one year ago this week.  He was 37.  As he was dying, we would often talk about the pink elephant in the room that regards to cancer donations. Pink is everywhere.  You cannot escape breast cancer awareness. And you know what? To the extent that the charities get a meaningful portion of debatable proceeds, awareness and over-exposure is great!  But the same arguments being made against the ALS viral charity campaign can be made and is made against breast cancer charities. My cousin certainly did not think ill of breast cancer charities; he just wished that colon cancer got the same social and financial support. If he were alive today, I guaranteed there would have been a video of him dumping water on his head with a statement about ALS. He would have made it fun and influence other people to do it. He would have motivated people to at least search the web for ALS.  Even if he or those watching him didn’t donate, which he probably would have, he would have spread awareness. Whether by people genuinely interested in learning more or whether by the virtue of naysayers, exposure of the ALS issue would have been risen a bit more.

From left to right: Kevin & Josh[/caption]

Maybe ALS is the flavor of the month. So what?  Perhaps next month I’ll post a video of myself tapping my head and rubbing my belly to generate support for colon cancer research.  If it is successful and millions of dollars are raised, should I feel guilty that some other charity was denied the funds my video might raise?  Of course not.  That is an incredibly selfish and lazy argument.  Will this viral/fad-based giving change the nature of charity?  Maybe it will.  Maybe charities will have to adapt to avoid the 'funding cannibalism' phenomenon.  That’s life.  We adapt as society and technology changes.

I’m normally a very cynical person.  I’m normally the curmudgeon.  But this backlash is unwarranted.  I’m not going to take the challenge, and I’m not going to challenge anyone else to do so.  But what I will do is donate to colon cancer research today, in honor of the anniversary of my cousin’s death and in honor of everyone who took the ALS ice bucket challenge who raised awareness about giving to charities in general.  Feel free to do the same here. Or not. It’s ok either way. Really.  If I made you aware of a colon cancer charity, I’m happy. Knowing is half the battle.