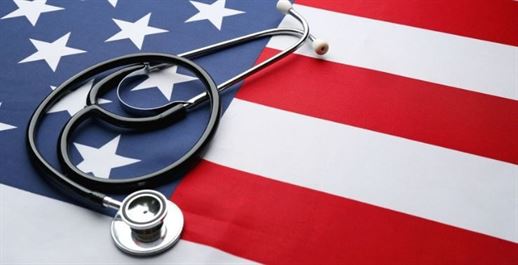 Our allies facing colorectal cancer know they must be their own advocate to ensure the best possible treatment; and the same is true for protecting your access to health care–it is vital that you stay informed of changes that can impact your health insurance and cancer treatment and be a strong advocate for your rights. To receive updates on important issues in health policy, sign-up here.

Threat to coverage of pre-existing conditions

One of the important provisions of the Affordable Care Act (ACA) is that insurance companies cannot deny coverage if you have an existing medical condition such as colorectal cancer.  Unfortunately, that protection is now in jeopardy.

The State of Texas brought a lawsuit claiming that the ACA is unconstitutional, and a District Court ruled in favor of Texas.  Their argument is that because the Trump Administration eliminated the penalty for not having insurance (the individual mandate), without the tax the law is unconstitutional.

In the absence of action by Congress, should Texas ultimately prevail, insurance companies can return to the days of denying you health insurance because you have colorectal cancer or any other medical condition.

The House has passed a bill that would roll back the Administration’s changes and ensure the protections provided by the ACA, but the Senate Majority Leader will not bring the bill to a vote in the Senate.

Both political parties have stated they support keeping protections for pre-existing conditions, yet an unfavorable court decision could eliminate the protection. We urge you to contact your senators and representatives to take action that will ensure you cannot be denied health insurance because of your medical condition.

Proposal to import drugs from Canada

On July 31, the Trump Administration announced a proposal to import drugs from Canada. However, beyond getting headlines during the televised Democratic debates, there is little to no chance this will actually happen.

Years ago, Congress authorized the Secretary of Health and Human Services (HHS) to import drugs provided the Secretary certifies to Congress that such action would not endanger public safety and would result in cost savings to patients.

However, the last four FDA Commissioners have all stated that there is no effective way to ensure drugs coming from Canada are indeed from Canada and are not from counterfeit factories.

As recently as last year the Secretary stated that the FDA could not guarantee the safety of imported drugs from Canada. What has changed in the last year that has resulted in such a dramatic shift?  The Administration’s proposal shifts the responsibility to the states, indicating that state governments must submit proposals for federal review and approval.

Given that the FDA has not been unable to arrive at a safe method for importation, it is highly unlikely that state governments can do better; as such, this announcement is more likely political than an actual new policy.

The US Preventive Services Task Force (USPSTF) is an independent group of experts that make evidence-based recommendations on disease prevention. While USPSTF is not a government agency, USPSTF recommendations are widely utilized by both public and private insurers in coverage decisions.

In light of the ACS change and other developments, USPSTF will launch a new research plan to update colorectal cancer screening guidelines and recommendations. Some of the key questions the research will address includes:

More information on the research project is available here.