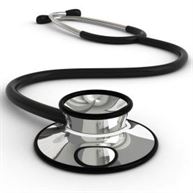 "My heart is hurt right now. Yesterday on The View, Mario Cantone made a disgusting comment about his pants being so baggy it looked like he had a colostomy bag."

This is a comment from a fellow ostomate and creates an opportunity to help change the public's negative impression of those whose lives have been saved through surgery requiring an ostomy.

There are nearly one million people living with ostomies in the US. They are living because they accepted a difficult treatment plan that included surgery requiring the removal of all (ileostomy) or part (colostomy) of their colons, or their bladder (urostomy).

I had to make that difficult decision at age 30 as part of treatment to defeat colon cancer. That was 27 years ago. My experience of living with an ostomy and the general public opinion of living with "the bag" are at opposite ends of the spectrum. I wear any type of clothing I wish; I am not restricted from any of the activities I enjoy; I don't smell; I am a normal human being with some internal plumbing changes.

I value this opportunity to work to change the public's view of us ostomates, mostly to help others facing this difficult decision for treatment of colon cancer and other bowel diseases like Ulcerative Colitis and Crohn’s Disease. If I had not made the decision to move ahead with treatment that required a permanent colostomy, I would not be alive today.

How many others are influenced by public opinion as reflected in Mario Cantone's comment, and reject a treatment plan that includes an ostomy? I suspect it is in the hundreds of thousands each year. And how many of those die because they feel they would "rather die than have a bag"? Thousands, I believe, are dying because of this unfortunate and incorrect impression of life with an ostomy.

Let’s work together to change public opinion of what it means to "wear the bag." Better the bag than the grave!

Randy Henniger was 30 years old, married for just a few years and the father of two young boys when he was diagnosed with stage III colon cancer. He was told he had only a 30% chance of survival. One week after his diagnosis, he underwent surgery to remove the lower third of his colon and rectum along with a baseball-sized tumor that left him with a permanent colostomy. The surgery, radiation treatments and superior care he received saved his life. Today, 27 years later, Randy still celebrates every year as a blessing and an opportunity to spend more time with his wife and sons.