Government Shutdown and the Effect on Cancer Patients 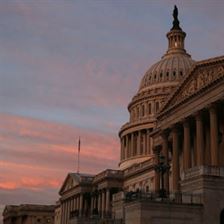 With our office less than a mile from the White House, and with everything from empty train cars to barren city streets, it’s easy to see the immediate effects of the government shutdown. But from our Helpline calls and Patient Support team, we’re also beginning to hear the far-reaching effect the closing of government services is having on a national scale for another group - cancer patients.

With our partners at One Voice Against Cancer, today we sent the following letter to Congressional offices regarding the harmful effects of the government shutdown on the fight against cancer.

As members of One Voice Against Cancer (OVAC), a coalition of public interest groups representing millions of cancer researchers, patients, survivors and their families throughout the nation, we urge you to work together to achieve a resolution on the FY 2014 budget that provides the investments necessary to fully prosecute the fight against cancer. Seeing the many statements from members of both parties in the House and Senate on the government shutdown’s impact on patient care at the National Institutes of Health (NIH) Clinical Center, and childhood cancer patients in particular, is an important recognition of the harm being caused by the shutdown. However, the damage inflicted by the shutdown has the potential to extend well beyond the NIH Clinical Center.

In addition to the NIH not being able to accept new patients, research in labs at the NIH has also been halted. Researchers conducting basic and translational research were furloughed and forced to abandon their work. The NIH is also unable to review and fund any research grants. Training for graduate students and postdoctoral fellows has also been put on hold. For as much as cancer patients are relying on the NIH for the development of new and better ways to treat their diseases, they also rely on other agencies and programs directly impacting the fight against cancer.

The Food and Drug Administration (FDA) will have to cease safety activities such as routine establishment inspections, some compliance and enforcement activities, monitoring of imported drugs and the majority of the laboratory research necessary to inform public health decision-making.

OVAC members appreciate the challenges Congress has faced over the past few years in balancing budget priorities and reducing our nation’s deficit. Unfortunately, support for cancer research and prevention have eroded during this time. This has resulted in fewer cancer research grants being funded by the NIH and fewer people having access to state-based cancer screening and prevention programs. We urge you to work together to achieve a resolution on the FY 2014 budget that provides the investments necessary to fully prosecute the fight against cancer, and stand ready to work with you to support this effort.

We will continue to keep you updated on this issue and our Helpline and Patient Support team is here to answer your questions. Call us at (877) 422-2030.