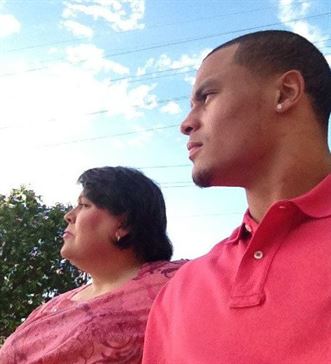 Coach Dan Mullen saw something special in Dak Prescott when he recruited the Louisiana quarterback from Haughton High School nearly three years ago. Today, Dak is leading Mississippi State to a number one ranking in the NCAA and is a likely finalist for the Heisman trophy. But Dak’s recent accolades are only one piece of his family’s journey, as his mother, Peggy, lost her long battle against colon cancer last year at just 52 years old.

Peggy Prescott raised Dak and his two older brothers, Tad and Jace, in a small town in Louisiana. The single mom raised her boys with a stern loving hand that evolved into admiration and respect from her sons, especially the baby of the family -Dak.

On November 2nd of last year, Dak entered coach Mullen’s office after a loss against South Carolina, where his dad called to notify him that his beloved mother had passed away. He immediately got a flight home and after the funeral services, was back at practice. Peggy loved football and was the proudest mom out there when Dak joined the team at Mississippi  State; he knew his mom would have been disappointed if he didn’t persevere when his team needed him. Still recovering from a shoulder injury that doctors thought might end his season, Dak came off the bench in the second half of the 2013 Egg Bowl.

It was less than a month after Peggy’s death and Dak hit the field with a bang. The game was tied in overtime and Dak scored the winning touchdown against arch rival Ole Miss. As he left the field, he embraced his coach and together, while pointing to the sky, they honored the memory of Peggy. That moment became an image college football fans would see again and again. As the months have gone on and Dak has continued to triumph in the face of his loss, he now honors his dear mom with the ritual of pointing to the sky after every winning touchdown he scores. This ritual has united his teammates, coaches and fans to create a social media movement: #pointwithdak.

Peggy’s loss to colon cancer came unexpected and quickly, but Dak continues fighting this disease by playing football in remembrance of her and her battle and putting this disease on the radar of his fans. With the college football community rallying behind Dak, Peggy’s memory will continue to live on through every touchdown he scores.

Don’t forget, the Colon Cancer Alliance serves as a source of information about colon health.  If you have additional questions about colon cancer screening or are in need of support, please contact our free Helpline at (877) 422-2030. We’re here to help!