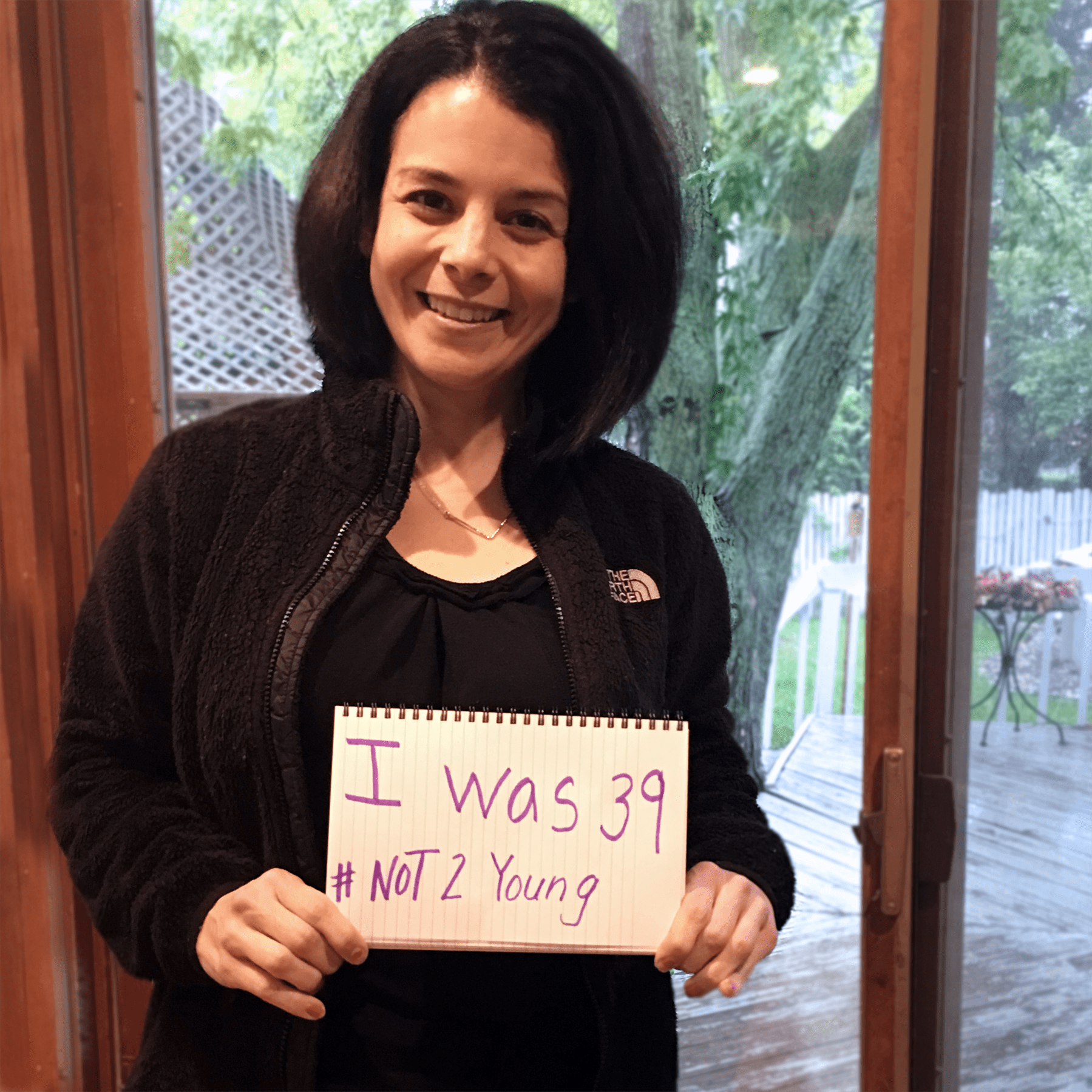 Aliscia Krecisz was only 39 when she was diagnosed. For years she was told her symptoms were only a result of her colitis and she was too young for colorectal cancer, only to find out she had advanced stage disease. Thanks to her doctor and the Colon Cancer Alliance, she was able to get her tumor tested and, because of her genetic status as MSI-H, she was enrolled into an immunotherapy treatment and has been responding well. Since being diagnosed, she has become passionate about advocating for those diagnosed under 50 as well as the importance of getting second (or third or fourth!) opinions.  Can you describe in a few sentences your connection to and journey with colon cancer? I was punched in the stomach in December 2015 by a student I was working with. Before that, I had been sick and bleeding for about two years. My GI had always told me it was just my colitis. After being punched, the ER sent me home saying I was all good and was just backed up with poop. But the next morning I was in so much pain my PCP admitted me to the hospital and immediately ordered a colonoscopy. I was told the next day it was colorectal cancer. In a whirlwind, they said I would need a bag, radiation and a second surgery to remove all the cancer and full hysterectomy. I was only 39. I saw three doctors and stuck with Dr. Remzi, who made sure I got through all of this and got me on track with Sloan Memorial Hospital. Can you tell us a little bit about immunotherapy and Keytruda? I was told last year about Keytruda, a new immunotherapy drug I was a candidate for due to my status as MSI-H! At my first scan since the surgery, the colorectal cancer had returned to the site of surgery and we knew we needed to treat it systematically. It was a shock because I had been improving daily. The news sent me into a tailspin of worry - would I be sick again after finally feeling better?

Dr. Remzi set me up with doctors at Sloan Memorial and they tested and retested my tumor. Finally, I was told I was ready and wouldn't even need to do chemo again. Amen! I was so grateful to God for bringing me this far and now to be able to have the immuotherapy...I was on cloud nine! I learned that immunotherapy would take 30 minutes to infuse every three weeks. My first experience was easy. I connected and an hour later was on my way home! I did run a light fever the next day but I went into the hospital and was checked and all was fine. No infections. I felt a bit tired BUT NOTHING LIKE CHEMO!! At the first treatment I has some vaginal bleeding BUT by the second infusion the bleeding was almost all gone. I knew something was working. I was starting to feel better and better faster and began heading to yoga twice a day. I even attended yoga on treatment days afterwards.

Today, here I am finishing treatment #4. My tumor markers are down from 430 at the start to 32 to 11! The bleeding is completely gone. My blood counts are stable and I'm doing awesome! I am back in my life after being sick for two years. I cannot begin to explain how wonderful I am feeling and doing.

The beginning of the month I suffered from a small bowel obstruction. Doctors think I was actually backed up from all the pain meds I was on this past year. I spent eight days in the hospital waiting for my system to get moving! However, I had to have a scan and the early scan showed that the colorectal cancer is remarkably smaller! That was just after three treatments! I am home now and everything is working just fine. I finally feel like I can breathe and know that this treatment will do what it needs to do for me. How did you hear about the Colon Cancer Alliance? I heard about the Colon Cancer Alliance through a friend who contacted the American Cancer Society, which referred me. I am so happy I did. This is where I learned about MSI-H and HOPE! What's your #1 piece of advice to other young patients out there? What helps keep you hopeful/inspired/focused when things get tough? The one thing that has gotten me through this is my faith and family. Everything, including finding the Colon Cancer Alliance, has been a gift to me from God and this immunotherapy is just another example. Here I am and the scans and numbers don't lie. Colorectal cancer is just one little piece of me and this is proof there is hope and treatment options. Why is it so important to raise awareness about colon cancer? I was told at age 39 I had colorectal cancer, despite having symptoms for two years. My doctors said I was too young. They were wrong and I am not the youngest. We need to talk about these things with people and have it be more of the norm to save lives. Young Survivors Day is Tuesday, May 30 as part of National Cancer Survivor Week. Learn more.