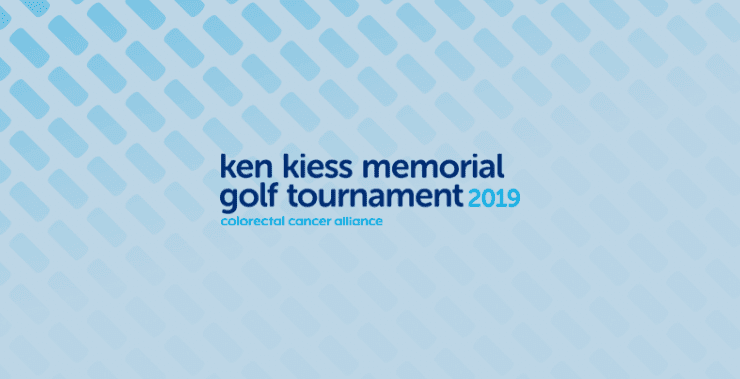 Become a sponsor of the Ken Kiess Memorial Golf Tournament and join the fight to end colorectal cancer in our lifetime. Sponsors can receive an array of benefits including dinner, a foursome for the tournament, and logo promotion at the event. If interested, learn more below or contact us directly.

Prefer to donate by check?

Like many of us, Ken had a pretty normal life. His career was building and he was enjoying life with his wife, Julie. Ken was doing the right thing going to annual checkups with his doctor… Then on December 27, 2014, after having pain on his right side, Ken walked into the Emergency Room and found out he had Stage IV Colon Cancer. He was just 50 years old and had not been previously screened.

Despite the devastating news, Ken kept his bravery and humor throughout his diagnosis. He would often skip around the chemo treatment room, keeping all the nurses laughing. He never complained about being sick and would often say, “I don’t talk about stages of the disease, I am in the stage of life.”

One of the first things Ken did after his diagnosis was become involved with the Colorectal Cancer Alliance. His team, The Smart Asses, raised more money for the Alliance than any group in history.

Ken fought the cancer with all of his strength and effort, but unfortunately, the cancer was too much and Ken was taken from us too soon.

On behalf of the entire Kiess Family, we would like to thank you for honoring Ken -- our son, brother, husband, father and uncle. And if you haven’t been screened for colorectal cancer, please make an appointment to do so!

Reach out if you have any questions about the event.