Side Matters: Left vs. Right

The colon is part of the digestive system. It is a 6-foot long, tube-like organ that processes and prepares the removal of waste from the body. The bodily structure of the colon and rectum are divided into the right side (consists of the cecum, ascending colon, hepatic flexure, and the transverse colon) and the left side (splenic flexure, descending colon, sigmoid, and rectosigmoid). The rectum is the body part that connects the left side of the colon to the anus.

In addition, another biomarker that predicts poor response to anti-EGFR therapies, HER2, is more common in left-sided tumors and in rectal tumors.

It is important to test for HER2 before starting treatment with anti-EGFR therapies, especially if no mutations in KRAS, NRAS and BRAF were found. 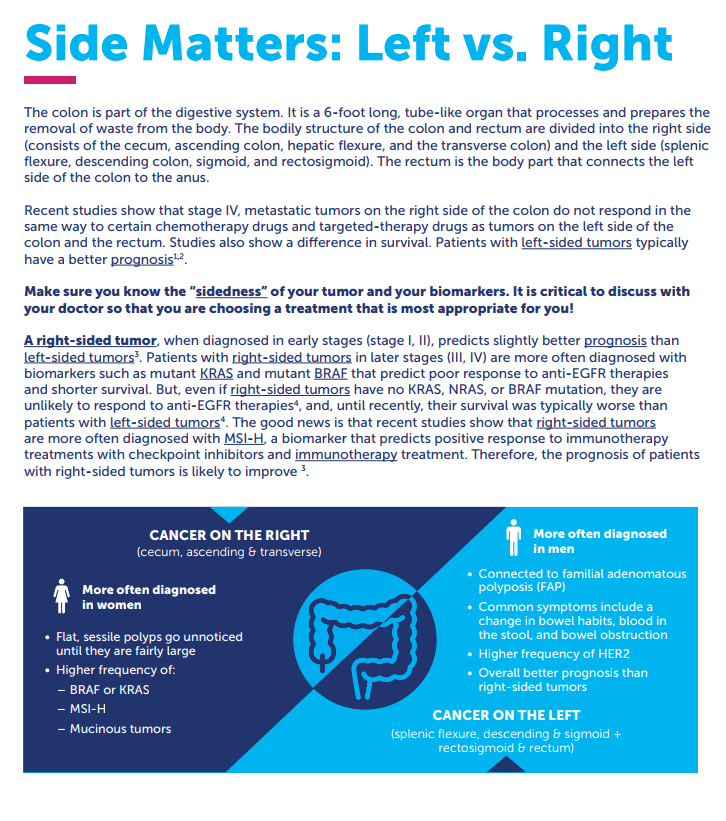 Learn about the Sidedness.