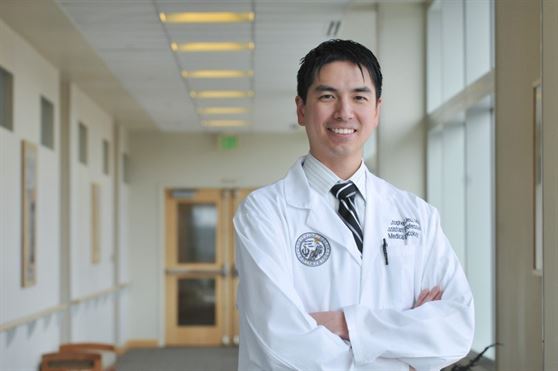 Shortly after the American Society of Clinical Oncology annual meeting, one of the Alliance’s Medical Scientific Advisory Committee members Dr. Christopher Lieu, MD, shared his top takeaways with us on Facebook live. Below is a summary of his comments. For the video, click here. Dr. Lieu is the director of the GI Medical Oncology Program at the University of Colorado.

The standard of care for surgically resectable stage I, II, or III colon cancer is to first remove the patient's tumor with surgery and then provide chemotherapy for between three and six months. In rectal cancer, some chemotherapy and radiation are typically given prior to surgery, and then chemotherapy is again provided after surgery.

In an international clinical trial called FOxTROT, researchers sought to determine whether colon cancer patients could benefit from six weeks of up-front chemotherapy, followed by surgery, and then 18 weeks of chemotherapy after surgery—a treatment method called neoadjuvant therapy. (Adjuvant therapy is just a fancy term for any treatment given after surgery. Neoadjuvent means treatment before surgery, with the goal of shrinking the tumor so less colon must be resected.)

Researchers found a trend toward fewer cancer recurrences over two years in patients who received chemotherapy before surgery. It’s important to note that this was just a trend—it was not statistically significant. Statistical significance means researchers are 95 percent sure their conclusions are correct. Still, researchers saw a promising trend that patients could have better outcomes with some chemotherapy before surgery.

An international collaboration of researchers sought to discover whether high-risk stage II colon cancer patients could benefit from less chemotherapy while maintaining the same survival rates. Why is that important? Chemotherapy has toxicity, so if oncologists can provide patients with less chemotherapy and achieve the same result, most would do so.

The study concerned high-risk stage II colon cancer patients. But what is considered high risk? Dr. Lieu said the following characteristics contribute to such a categorization, including:

Researchers randomized patients to receive either three or six months of chemotherapy of either FOLFOX or CAPOX. What researchers found was interesting.

What does this mean?

Dr. Lieu said he will be offering CAPOX for three months as the regimen of choice to treat high-risk stage II colon cancer, adding this regimen has potentially the same survival benefit with less toxicity.

The majority of tumors in metastatic colorectal cancer patients are microsatellite stable, or MSS. For years, oncologists have been disappointed with the lack of success in using immunotherapy to treat colorectal cancer in this patient group. But promising data from the REGONIVO trial could foretell a powerful future treatment.

An early, phase-one study combines two drugs: regorafenib, an FDA-approved treatment for refractory metastatic colorectal cancer that hits numerous targets on a tumor, and nivolumab, an effective FDA-approved immune checkpoint inhibitor for refractory microsatellite instable-high (or MSI-H) colorectal cancer—which represents about 15 percent of patients, including about 4 percent of patients diagnosed with Lynch syndrome.

The phase-one study showed a 33 percent response rate to the drug combination. While the response rate is not as high as oncologists would like, it’s a promising signal of activity for people with MSS colorectal cancer. Dr. Lieu stressed, however, that phase-one trials are early and their results don’t always align with what’s found in the last phase before consumer sale, phase III.

Tumors are known to shed DNA, which then circulates throughout the body. These tiny bits of DNA are called circulating tumor DNA (ctDNA). Researchers seek to know how ctDNA can help detect, diagnose, and treat colorectal cancer. While it’s still early, it’s clear that ctDNA has the potential for many applications.

One such application would be checking for ctDNA after a patient has surgery. Microscopic disease can remain in the body even if CT scans and visual checks show a patient is all-clear. By analyzing blood for ctDNA, oncologists could be more certain about who can truly benefit from chemotherapy after surgery because analysis of ctDNA in the blood with molecular techniques could be more sensitive than visual checks.

Oncologists could also use ctDNA to monitor metastatic disease. One may be able to see whether a patient’s tumors are responding to therapy because they would shed less ctDNA. ctDNA could also provide evidence of mutations and resistance mechanisms seen in therapy, allowing oncologists to choose different or more effective drugs.

Again, Dr. Lieu noted that applications of ctDNA are in clinical trials and not ready for prime time.

Between five and 10 percent of metastatic colorectal cancer patients have a mutation in the BRAF gene. Oncologists have known that the right drug aimed at the right genetic target can have a big impact. Their leading example is in the treatment of melanoma, which became the poster child of precision medicine, said Dr. Lieu.

Targeting the BRAF gene in melanoma benefited more than half of patients, drastically shrinking or slowing the growth of tumors. Naturally, researchers wondered if the same logic could be applied to colorectal cancer. Using a BRAF inhibitor drug called Vemurafenib on colon cancer patients, researchers were disappointed to find a response rate of just five percent, meaning one in 20 patients with a BRAF mutation benefited from the drug.

Why? Researchers discovered a feedback loop, and the signals that caused tumors to grow continued despite the inhibitor. They theorized that inhibiting one gene wasn’t enough, so they tried to target more genes in the pathway, specifically the EGFR and MEK genes. This time researchers were rewarded with an overall response rate of 48 percent.

The combination of targeted therapy with binimetinib, encorafenib, and cetuximab will become the new standard of care for patients with BRAF mutated colorectal cancer, Dr. Lieu said.

While this research was not presented at ASCO, it was a frequent subject of conversation among allies, so we are including it here.
To view the video presentation on which this article is based, please click here.