When the doctor is diagnosed 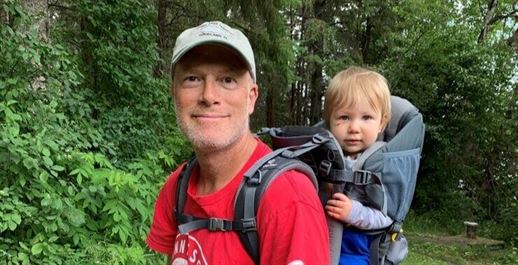 In his mid-40s, Dr. Ben Yokel experienced a partial bowel obstruction. One colonoscopy and CT scan later, Dr. Yokel was told everything’s fine—and to come back for a screening colonoscopy in 10 years.

Dr. Yokel, relying on his own medical training, was certain the symptoms were the result of his arthritis. After all, he was active, thin, ate primarily a plant-based diet, and had no alarming family history of disease.

When blood began to appear in the toilet, around Thanksgiving 2014, Dr. Yokel thought it was hemorrhoids.

“We all live in a state of denial, and sometimes physicians such as myself are really good at denial, because we have to compartmentalize ourselves away from people we’re caring for,” Dr. Yokel said. “I’m the healthy one who cares for people.”

Just in case, Dr. Yokel called a gastroenterologist friend and scheduled a colonoscopy.

“I woke up toward the end of the colonoscopy, and on the monitor I could see a big ulcerated tumor in the rectum, and I knew immediately what was going on,” Dr Yokel said. “I don’t remember what I said, but I know it was bad ... I was a crazy man.” 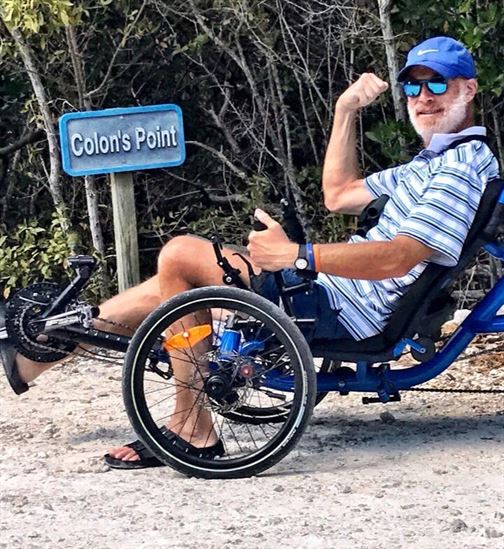 Dr. Yokel lives in Duluth, Minnesota, where winter temperatures hover closer to zero than freezing, and the winds are nearly relentless. Chemotherapy under these conditions can be especially brutal. Dr. Yokel had plenty of time to stay indoors and think.

He was humbled by the extraordinary speed at which he was placed on a curative treatment plan, thanks to his many close connections in the oncology field. All the time, gifts and get-well cards arrived in the mail. Dr. Yokel’s family stepped up, too, with his youngest son—fresh driver’s license in-hand—often taking him to appointments.

But Dr. Yokel had also done his research, checking statistics and reviewing his own charts and scans. The disease had spread to distant lymph nodes. At late stages, colorectal cancer can be deadly.

“I went from being a healthy guy with arthritis and a little IBD to ‘I’m going to be dead from cancer in two years, I’ll never see a child get married, and I won’t see my grandchildren,” Dr. Yokel said. “I felt upset that I kind of just blindly trusted what I was told at 45 about coming in 10 years later, and I allowed myself to live in denial that cancer wasn’t a possibility because I didn't have the risk factors.”

But a momentous change of outlook occurred, just by chance, in a hospital waiting room. Another patient noticed Dr. Yokel’s downcast demeanor, and she offered advice.

“She said, ‘Honey, we’ve all got something. I’ve got diabetes. You’ve got cancer. I might die of diabetes, and you might die of cancer, but don't die today,’” Dr. Yokel recalled. “That one little phrase gave me a whole change of attitude. Buy the time I started chemo a few days later, I was feeling ready to kick ass.”

Through many ups and downs, neuropathy—symptoms caused by damage to nerves that control the sensations and movements of our body, often caused at varying levels by chemotherapy—continues to be a source of discomfort, disability, and emotional strain for Dr. Yokel. He’s had to re-learn how to do basic tasks like walking and brushing his teeth time and again.

Yet, in the end, Dr. Yokel is defeating colorectal cancer, defying statistics, and, he said, re-establishing his everyday equilibrium. While bike rides with his brother may be less frequent, and he was forced to retire from work as a dermatologist, Dr. Yokel said cancer has given him the opportunity to do more. 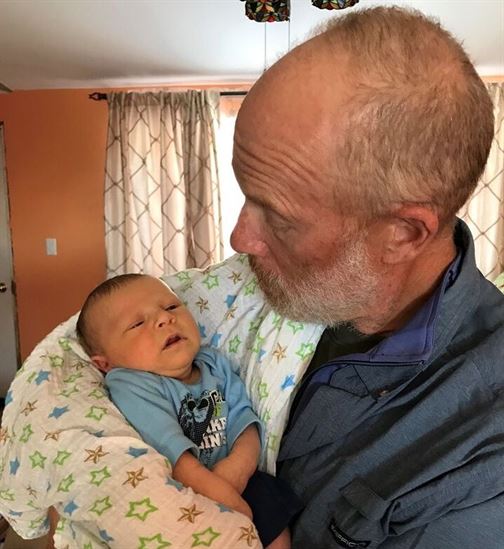 “When you’re faced with a potentially fatal illness, the first thing you think of isn’t, Oh God, I won’t make enough money, you think about family milestones you won’t experience,” Dr. Yokel said. “No, I can’t work, but now I can spend as much time as I want with the kids and be the kind of grandfather who can be there. I’m a regular part of their lives, and that’s an incredible silver lining to all of this.”

Dr. Yokel refuses to see his life as a “tragedy.”

“I often think about if I was at the same crossroads and had to choose between the life I’ve had or continuing to plug right along, and while nobody should have to deal with cancer, pain, or premature death that’s preventable, on the other hand I don’t want to view my life as a tragedy. I don’t want people to think about me as ‘so sad,’ I want people to say he packed a lot of life into those years and had a lot of happiness.”

When Dr. Yokel does look back, he thinks about his screening around age 45 and how he could have been more aggressive in finding out what was wrong.

“I never really got a satisfactory answer for why I had an episode of bowel obstruction, although I have no way of knowing if there was a tumor present, if it was missed, or if indeed everything was clear and I had no polyps,” Dr. Yokel said. “What I really wish is after that first round of treatment for arthritis, when I was still in my 40s, I would’ve ... gone for repeat colonoscopy.”

With the generous support of Boston Scientific, the Colorectal Cancer Alliance’s Blue Hope Prevention Awards Program reduces barriers to colorectal cancer screening for those most in need of a screening.

Allies can visit the Colorectal Cancer Alliance's website here for more information on financial assistance and screening, as well as find patient and family support.