Wendy Nickel: Marching forth to save 100,000 lives 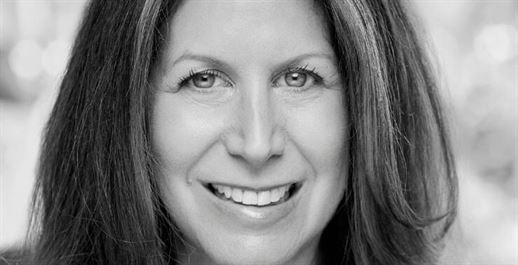 Wendy Nickel’s journey with the Colorectal Cancer Alliance began in September 2018, when she was hired as the vice president of prevention. Before joining the Alliance, Wendy’s work with the American College of Physicians focused on patient advocacy at a national level from a physician’s perspective. The work she did there was important, but she always wanted to work more directly with patients, she said.

With the Alliance, Wendy is now working in Philadelphia to bring the Alliance’s programs directly to the public. She does this through a new program called March Forth.

March Forth is the brainchild of Alliance board member Lee Dranikoff, who lost his wife to colorectal cancer on March 4, 2017. He was frustrated by the lack of progress in prevention. He and the Alliance want to bring the importance of screening to the forefront and prevent colorectal cancer.

“The big idea behind March Forth is bringing together stakeholders, health professionals, and the business community to improve the screening rate,” Wendy said. “By increasing screening rates in high-risk areas, the Alliance aims to save 100,000 lives in 10 years.”

The Alliance’s first location for the March Forth program is Philadelphia, which has one of the lowest screening rates in the country. Wendy, along with city stakeholders and Alliance volunteers, are working hard to address the biggest issues behind low screening rates: poverty, priorities, and awareness.

Colorectal cancer is dangerous because symptoms often don’t present themselves until the later stages, when the disease is most difficult to treat. Many people also don’t know how easily the disease can be prevented through regular doctor’s visits, and that’s something Wendy wants to change.

Wendy knows better than anyone that advocacy and education isn’t easy. Anyone can get colorectal cancer, and there are so many needs in vulnerable populations. Clinics do their best and heavily encourage regular screenings for those who attend their appointments. What Wendy has found is that those most at-risk are the ones not going to their primary care visits. It’s a hard group to reach.

“The hardest part is getting people to collaborate,” Wendy said. “The issue is that everyone is busy with different priorities. Making colorectal cancer and the story of prevention is the hardest part.”

Despite the challenges, Wendy and her team recently built a partnership with Independence Blue Cross. In addition to providing a foundational gift of $500,000 to support March Forth, this organization is committed to working alongside the Alliance to increase awareness and screening rates. They have some new programs coming in the next year to help with that mission. One of these programs is focused on large employers and encouraging their employees to get screened.

After their success in Philadelphia, Wendy and her team have started looking at possible locations to launch later iterations of March Forth. Possibilities include Miami, Los Angeles, and Chicago, to name a few. These cities face some of the same issues that Philadelphia does, with similar screening rates. Potential partners have also been identified to move the process along.

With hard work, March Forth has the potential to save more than 100,000 lives. Wendy believes the goal is within reach and there are things everyone can do to help.

“People can help by talking about cancer screenings with your family members. Identify opportunities to do outreach at the physician’s office and health fairs. The Alliance has resources to help you start the conversation,” Wendy said. “Fundraising is also important.”

Jordan Ballard is an ally author with the Colorectal Cancer Alliance. Ally authors are talented volunteer writers who capture stories and share them with Alliance community.