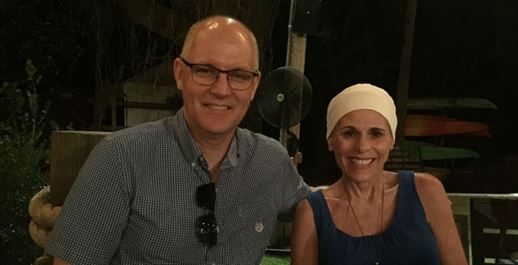 Sudden lower-back pain sent Ann Ritchie to the hospital, but doctors didn’t find the sports-related injury she thought they would. Instead, they diagnosed Ritchie with stage IIIc colorectal cancer. She is now on a mission to prevent the disease from afflicting others, a mission that will bring her from Rootstown to the 4th annual Cleveland Undy RunWalk on Saturday, September 29, at the Flats at East Bank.

The lower back pain Ritchie experienced during her sports competition in April 2016 was from an abscess that had burst, but within hours of going to a local emergency room, she was also diagnosed with colon cancer. Three days later, Ritchie had major surgery to remove her right colon and kidney—the latter a result of abscess damage—and she received a reversible ostomy.

That fall 2016, Ritchie completed the last of her 30 years of teaching at Rootstown.

After the school year, though, testing revealed that the cancer had spread to Ritchie’s liver. Due to the size and number of the tumors, she was told that they were inoperable and that she likely had about 4 to 6 months to live.

Ritchie turned to the Cleveland Clinic for a second opinion in the fall of 2017.  A team coordinated an aggressive treatment program that included chemotherapy and major surgery.

Ritchie finished chemotherapy in August 2018. She recently learned  that there is no evidence of disease in her colon, liver or lungs. 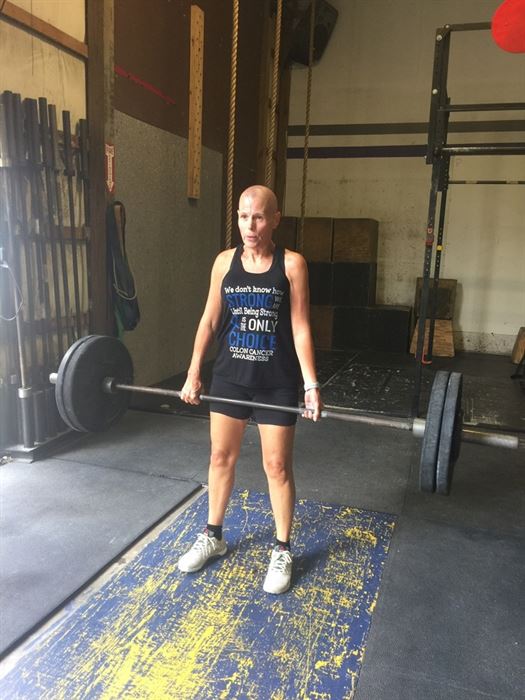 When Ritchie heard about the Cleveland Undy RunWalk from her Cleveland Clinic oncologist, Alok Khorana, M.D., there was no question about whether she’d participate.

The Cleveland Undy RunWalk is one of 22 Undy RunWalk events across the United States. It is organized by the Colorectal Cancer Alliance, whose mission is to end colorectal cancer within our lifetime by providing support services, raising awareness of preventive measures and funding critical research.

“We are excited for another year of the Undy Run in Cleveland,” said Matthew Kalady, M.D., Co-director of the Cleveland Clinic Comprehensive Colorectal Cancer Program. “It is truly one of the highlights of my year, seeing survivors, family, and friends rally together around a great cause to raise awareness about a preventable and curable disease.”

At least 80 percent of those involved in the Undy RunWalk have some ties to colorectal cancer. While the event raises money to support the Colorectal Cancer Alliance’s mission, it’s also an opportunity to encourage those currently battling the disease, remember those lost too soon, and celebrate those who have completed colorectal cancer treatment.

In 2018 alone, more than 5,000 Ohioans are expected to be diagnosed with colorectal cancer, and more than 2,000 will die from this highly preventable and treatable disease.

“For someone newly diagnosed with colorectal cancer, it is life changing, but it’s not life ending,” Ritchie said. “You can live a normal life and you can be as active as you want to be. I would encourage you to be active.”