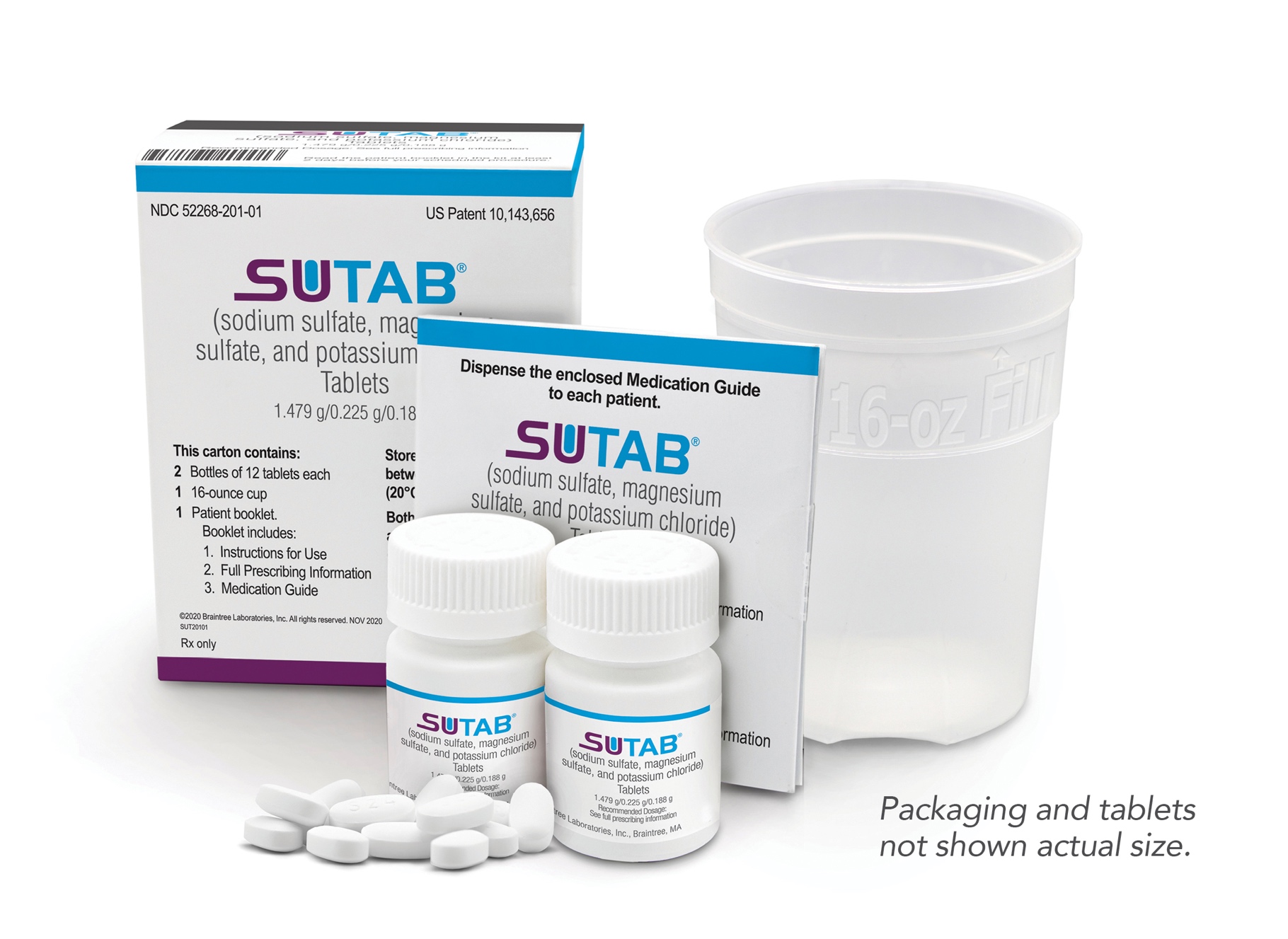 The first tablet colonoscopy preparation to receive approval from the U.S. Food and Drug Administration (FDA) in over 10 years is now available in the United States.

“Alternative colonoscopy preparations, like SUTAB, can play an important role in encouraging more patients to get screened for colorectal cancer,” said Alan Cooke, President and CEO of Sebela Pharmaceuticals. “With the introduction of SUTAB tablets, we hope to take yet another important step toward removing some of the burden often associated with the preparation process – allowing more patients to feel confident in their choice to undergo a colonoscopy.”

The FDA approved SUTAB on November 10, 2020. The approval was based on positive Phase 3 clinical trials, which evaluated the safety and efficacy of SUTAB compared to FDA-approved preparations in 941 patients, including a traditional polyethylene glycol and ascorbate preparation (PEG-EA) for bowel cleansing prior to a colonoscopy.

A high rate of cleaning success was seen with SUTAB (92.4%), which demonstrated non-inferiority to PEG-EA (89.3%). Likewise, the percentage of patients rating their overall experience with SUTAB as “excellent” or “good” was higher than those rating PEG-EA (71.6% vs. 59.8%, respectively). For a future colonoscopy, 78% of patients said they would request SUTAB again.

SUTAB is now available by prescription in the U.S. To learn more, visit www.SUTAB.com.