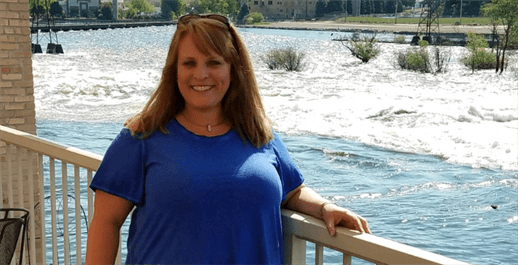 After years of medical visits, doctors were still unable to pinpoint the cause for the severe vomiting and severe stomach aches that 48-year-old Lori Hennemann was experiencing. Three years later, Hennemann was diagnosed with stage IIIc colorectal cancer. Hennemann will be connecting with other survivors and spreading awareness at the Cincinnati Undy Walk on Saturday, October 6.

“The doctors couldn’t find anything, but I knew my body wasn’t right,” Hennemann said.

Starting in 2016, Hennemann’s hair began thinning and she felt pain when bending over. Her doctor ran several tests and discovered fibroids. Hennemann had a full hysterectomy. Afterwards everything seemed fine, until she started experiencing what appeared to pregnancy symptoms.

“I knew I couldn’t be pregnant because I had the hysterectomy,” Hennemann said. She had all sorts of test and the doctors still couldn’t find anything.

Hennemann and her husband went on vacation in March 2017. While on vacation, she developed diarrhea. It continued three weeks following her vacation and she found blood in her stool. She saw gastroenterologist and had a colonoscopy. He discovered the cancer and thanks to opening Hennemann was able to quickly undergo surgery. The surgeon removed a tumor and 25 lymph nodes. The cancer had not spread. 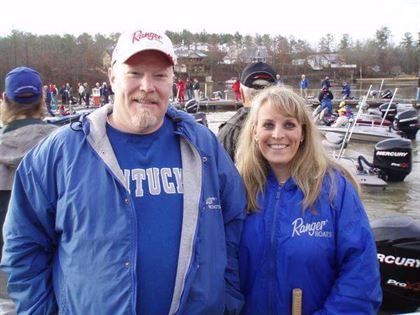 “I had a colonoscopy in 2016, but the doctor didn’t find anything,” Hennemann said. “If I hadn’t had the diarrhea, I wouldn’t have gone to the doctor and we wouldn’t have found the cancer.”

Hennemann was given the option of chemotherapy following the surgery. If she didn’t take the chemotherapy, there was an 80 percent chance of the cancer not returning. Chemotherapy only increased those chances by 2-3 percent. She was tasked with making the decision on her birthday. Hennemann decided not to do the chemotherapy.

Hennemann learned about the Cincinnati Undy Walk last year, but she was unable to attend because of her new diagnosis. This year she will be participating with her family and friends as Team Boody Shakers.

“I’m looking forward to meeting other survivors,” said Hennemann. “And I want to just get the word out: if you don’t feel good, don’t take ‘no’ for an answer.”

The Cincinnati Undy Walk is one of 22 Undy RunWalk events across the United States.

This year’s event is highlighting the superhero in everyone. Participants will dress up as a their favorite superhero to encourage those currently battling the disease, remember those lost too soon, and celebrate those who have completed colorectal cancer treatment.

In 2018 alone, more than 5,000 people in Ohio are expected to be diagnosed with colorectal cancer, and more than 2,000 will die from this highly preventable and treatable disease.