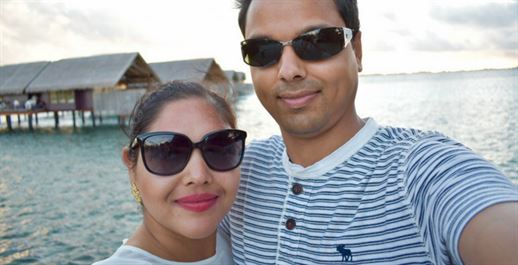 I’m 32, a lawyer, and live in London. I’ve suffered from ulcerative colitis (UC) from the age of 13. Although it was a struggle to be diagnosed with it at first, my health eventually stabilised and I managed to live a relatively normal life.

I got married in July 2016 and thought that would be the beginning of my happy ever after. I had a colonoscopy undertaken in September 2016, and my UC was ‘mild’ with no need for medication. There were no signs of cancer either.

Unfortunately in December 2016 I started noticing that my UC symptoms had worsened. I was losing lots of blood with frequent bowel movements and tummy cramps all day. My hospital assumed it was UC and didn’t even consider that it might be cancer-related, due to my colonoscopy a few months earlier. I always thought cancer took several years to develop and the thought never crossed my mind.

I went back and forth to hospital with no resolution, until September 2017. I had a colonoscopy arranged in a private clinic. I was expecting to be told that my UC had worsened—but I was told I had cancer and that it looked “extremely developed.” I was led to believe it was terminal. I was heartbroken for my family (that I didn’t have the guts to tell) and my husband, who was there to wipe the tears away. 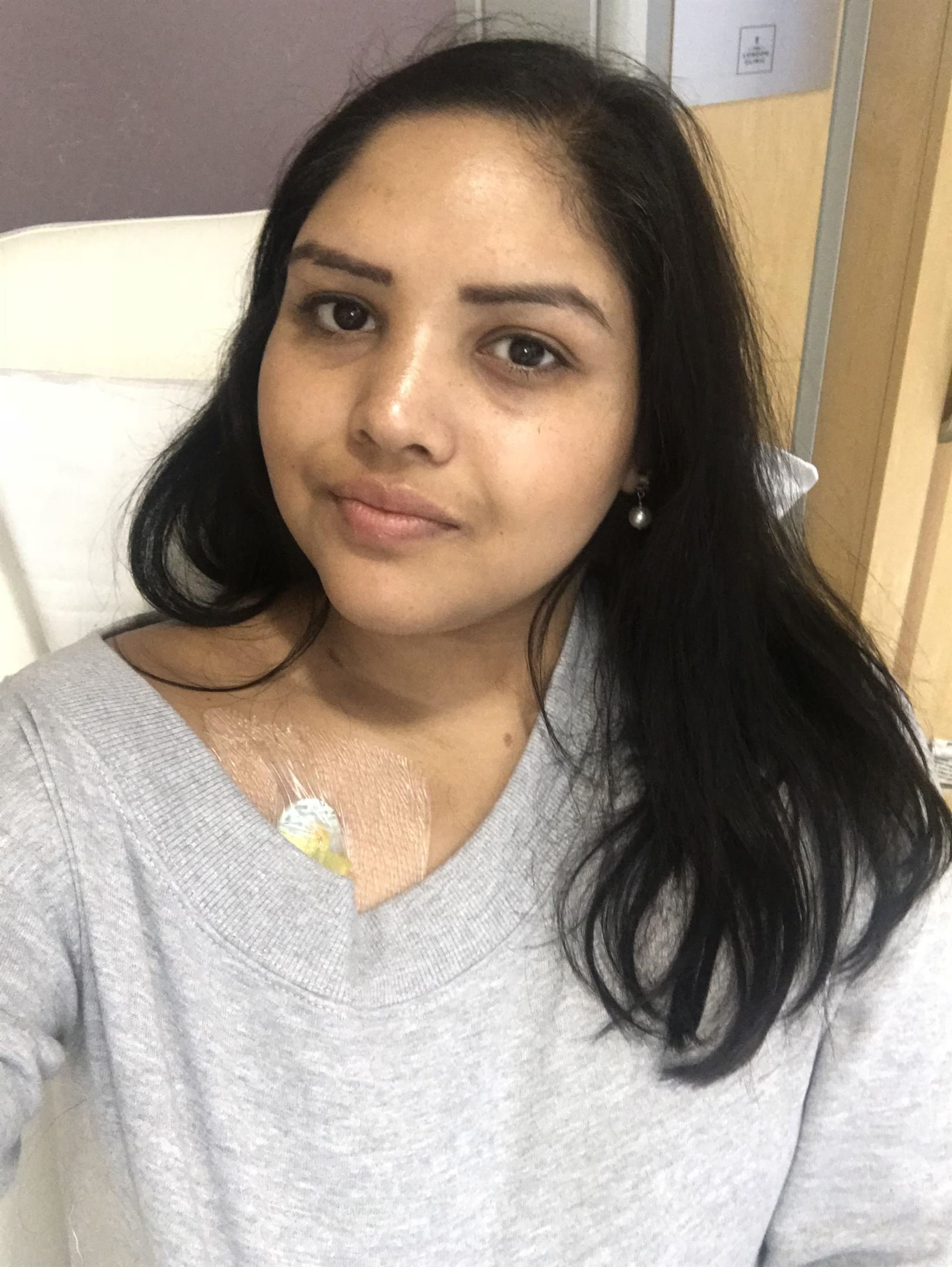 The CT later showed that it wasn’t stage IV, but it was confirmed that I required surgery without delay. Four days later, I underwent a subtotal colectomy, with an ileostomy. The surgeon said, “This will take over the next 12 months of your life.” I cried all day, and I questioned what I did to deserve this. But I put on a brave face for my family and hoped for the best. After the surgery, the pathology report confirmed that I had stage 3b bowel cancer with two lymph nodes affected.

I was in hospital for three weeks post surgery, due to several complications.

I was so terrified of the stoma at first, I didn’t dare look at it for the first two weeks. The first time I attempted to change my bag at hospital, I had a panic attack and a breakdown. Whilst it is still sometimes a challenge with leaks, burning, itching, etc., I have learned to live with it; it saved my life after all.

Chemotherapy began around a month after the surgery. Needless to say, it was tough: the exhaustion, the nausea, the insomnia, the neuropathy, the mouth ulcers, the chapped skin, the hair loss, the list goes on. But you persevere, with a better, healthier life in mind. The strength and determination comes from somewhere, against all the odds. I finished 12 cycles of chemo on 23 April and received the cancer all clear soon after. The paranoia of cancer doesn’t leave you, but each day gets that little bit easier.

It’s been the most difficult phase of my life, but I cannot explain the new love for life it has given. My family’s hearts were shattered when I was diagnosed, but they have been a blessing throughout. My mother was relentless with her daily hospital visits and even moved in with me to care full time. A mother’s love is uniquely beautiful and incomparable to anything else. My husband has also been my rock, quick to ease any worries. I have certainly been been blessed.

Although I was fortunate enough to have a very supportive and loving network of people around me, I also wanted to connect with people that could actually relate to my experience. Sympathy was the last thing I wanted, and unfortunately you get that in abundance. I wanted to be in contact with people that could just understand. I joined the Blue Hope Nation Facebook group shortly after surgery. Being a part of that group gave me hope on some of my lowest days and I cannot be anymore thankful to all the wonderful members. For me, it felt like being a part of a loving, supportive community, where successes were jointly celebrated and misery was shared.

I am due to have stoma reversal surgery later this year, and then hopefully a second shot at finding my happy ever after.