Maricela Villarreal: Learning from the past 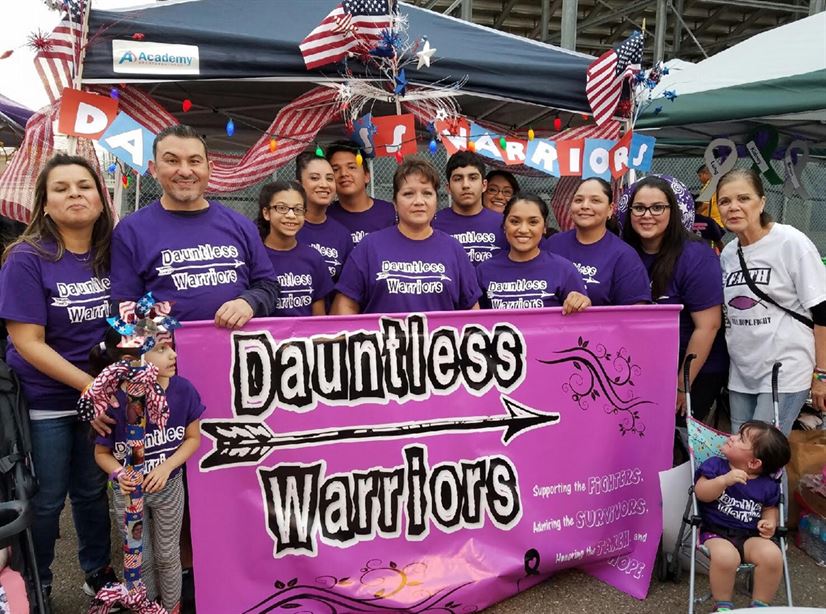 Colorectal cancer has impacted Maricela Villarreal’s family again and again, with the disease taking her brother first, in 1989, and then two sisters. Her mother was also diagnosed with and beat colorectal cancer, though she later succumbed to pancreatic cancer.

Over the years, Maricela watched and learned as more information became available about this disease that plagued her family, including colorectal cancer’s symptoms and treatment.

“When my brother was diagnosed with cancer, we really didn’t understand what that was because we weren’t exposed to this message of what to look out for and things like that,” she says.

But when her second sister died in 2015, Maricela says she was angry.

“We had been through this already three times, but she was having symptoms and she was not reaching out to her doctor,” she says. “It really made me upset, and I told her children, this can’t be happening. We know what to look for.”

Eventually, the time came for Maricela to be concerned with her own health. She turned 50 years old last year. For most adults, doctors recommend that screenings start at age 50. Individual risk factors, such as ethnicity, lifestyle, and family history, may require earlier screening. A doctor can provide more information about how and when screening should begin.

“If there is anything I fear in this life, it’s cancer,” Maricela says. “Seeing my siblings and my mom go through what they’ve gone through, it’s scary. It’s very scary.” 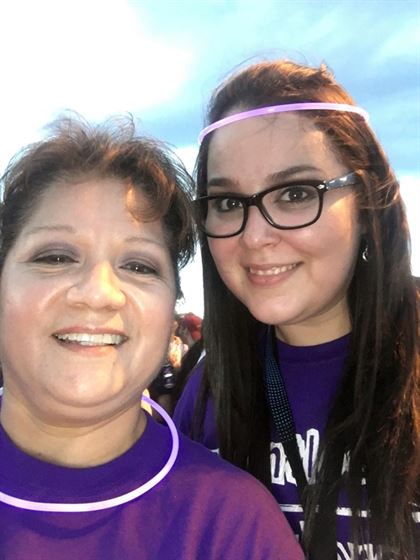 For 13 years, Maricela worked as a secretary for Webb County in Texas. But a failed back surgery and other procedures have made that an exceedingly difficult job to perform, so she’s been unemployed and without health insurance.

And without health insurance, Maricela couldn’t afford a colonoscopy bill, which can be thousands of dollars. Fortunately, her gastroenterologist recommended a program by the Colorectal Cancer Alliance that can provide colonoscopies free of charge to those in need.

In early March, Maricela received her colonoscopy. Colonoscopies are a medical procedure that can identify malignant polyps in the large intestine. Her colonoscopy, and those of 49 other in-need men and women around the country, was provided through a partnership between the Alliance and Olympus.

“That was one of my main objectives, to check yourself,” Maricela says. “There is a reason why this shouldn’t be happening nowadays.”

Fortunately, Maricela’s colonoscopy came back normal. But that isn’t stopping her quest to ensure good health for others.

Maricela considers it a personal duty to take care of one’s health. After years of cancer battles won and lost among her siblings and mother, now she is concerned about the health of her children, colleagues, and friends.

“After my sister passed away, my children and I got some genetic testing done,” Maricela says. “To my misfortune, one of my children tested positive for Lynch Syndrome.”

Lynch Syndrome is a genetic condition, and people with it inherit an increased risk of colorectal cancer. Routine colonoscopies are recommended.

But that doesn’t mean instilling healthy habits is easy for the mother of four.

“It’s a daily battle because young kids nowadays think they’re untouchable,” Maricela says. “And my battle is not with just my children, it’s with my friends, and the rest of the family.”

We hope she wins this one. Colorectal cancer is 90% beatable when caught early.

During March, the Colorectal Cancer Alliance partnered with Olympus to schedule and screen fifty people across the nation, in an effort to save lives. In March, we observed National Colorectal Cancer Awareness Month. Join us as we build our nation of passionate allies, fiercely determined to end this disease within our lifetime.