Katie Dailey: Stage IV is not a death sentence 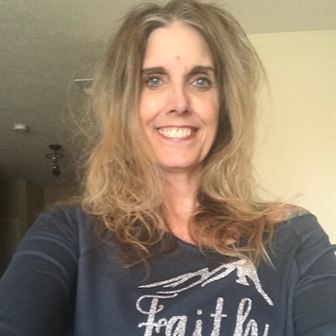 Around the first of November 2016 I went to the emergency room for really bad stomach pains, which I had experienced for a few days. They pressed around on my stomach and did a urinalysis, diagnosing me with a urinary tract infection (UTI). I had never had one, but I thought it sure was painful. I really had no symptoms of a UTI, but that’s what the test showed. This was on a Tuesday. They gave me a prescription, and I went home.

Fast forward to Thursday, I had no relief, but I did have a fever. Back to the emergency room I went. This time I get a CT scan. They found a burst appendix, which probably had been burst for a few days. The UTI was an incidental finding. I had an abscess around my appendix that had saved me. It caught all the nasty stuff and kept it from getting into my system. God was not done with me!

I was admitted to the hospital that night and had a drain put in the next morning. I ended up getting C. Diff while in the hospital, as well. Since the appendix had already burst, there was no rush to remove it. I went home that Sunday with 14 days worth of antibiotics to clear out my system.

On Monday, I called and scheduled the appendix removal for January 6, 2017. About six weeks after that, I got a call from the surgeon about the biopsy of the appendix. Apparently there was something on the outside of my colon or on the cecum, as they called it, and she wanted a colonoscopy ASAP. I had just turned 49 in September 2016, so I would not have even scheduled my first test yet.

I wanted my son to take me to the procedure on February 17, 2017, because he has such a sense of humor, and that is what I needed. He was cracking jokes and keeping my spirits lifted. After, when the doctor came by, he said they removed two or three polyps and tattooed two that couldn’t get. It was cancer. I was shocked. My son grabbed my hand and said, “We will get through it, mama.” The very nice doctor said they would take good care of me and give me the best treatment.

Fast forward to March 6, 2017, I had a colon resection on my right side. I did not need a bag. Surgery went well. The doctor removed 21 lymph nodes, and 10 were involved.

On April 21, 2017, I had CT scans and saw the oncologist. My liver looked good, but I had too many nodules to count in my lungs and surgery was not an option. I was stage IV. Wow! No symptoms, no family history, no lynch syndrome. We set up a date for my port and my first chemotherapy, as well as genetic testing.

Genetic testing showed great DNA. There was no rhyme or reason why I got this disease. When and if what I’m doing stops working, a few clinical trials are available now that could be for me. Plus they are always coming up with something new!

On May 4, 2017, I had the port put in and on May 5 I started my first chemo. I started with Oxilyplantin and Avastin infusions every three weeks, with Xeolda pills for 14 days after the infusion and a one week break. I did this for the first six rounds. The last four rounds were Avastin and Xeolda only. I’m a chemo for life.

Since my diagnosis, I have been able to retire after 30 years of federal service. I spend more time with my granddaughters, and I’m much more relaxed and a lot less stressed. My faith is strong, so I don’t get the scanxiety because I know that my story is already written, and He determines my timeline. A scan on November 29 showed significant improvement, and my blood work looks great every time.

My last scan on April 20, 2018, showed two barely visible nodules. I give all glory to God for saving me, and sharing my story is part of the reason why. I hope to be an inspiration to others and to convince people who haven’t had their colonoscopy that they need to do this. Stage IV is not a death sentence!