Jennifer Young: One day at a time 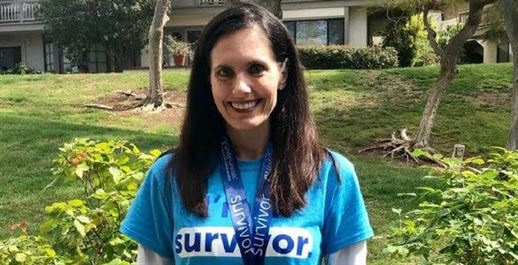 On December 26, 2016, at the age of 40, I was diagnosed with stage IV colon cancer with multiple large metastasis in my liver. I had experienced innumerable gastrointestinal issues over the prior two to three years, and had been seeing a GI doctor for that entire period.

In December, I was admitted into the hospital with severe liver pain, where it was discovered through a biopsy that I had colon cancer. Despite having many GI issues, colon cancer had never been on my radar, since I had never been advised by my physicians to have a colonoscopy. Hearing the words stage IV, inoperable disease was completely shocking. I have always been an extremely physically active woman who enjoys hiking, biking, yoga, and weight training, who also prioritized a healthy diet, avoiding most processed foods.

Despite the scary diagnosis, I immediately jumped into action and started chemotherapy right away. Thankfully, through a series of connections, I became familiar with the Colorectal Cancer Alliance. I received so much helpful and hopeful information and became an active participant through the Facebook site and the daily chat group. Through the incredible resources available on the net, I educated myself and became my own health advocate with my many medical providers. 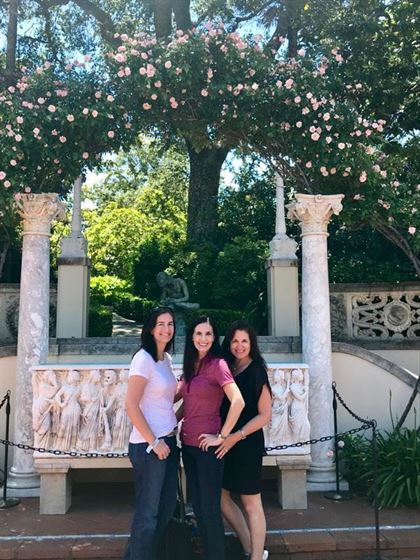 Jennifer and her sisters.

I completed 12 rounds of the suggested chemotherapy regimen (FOLFOX with Erbitux), and became a surgical candidate in June. I underwent a concurrent colon and liver resection. The surgery and subsequent chemotherapy treatments resulted in a period of no detectable disease (NED); however, I experienced a recent recurrence. I am pursuing new chemo regimens and liver-directed therapies, as well as pursuing clinical trials in hopes of a cure.

I choose to take life one day at a time and treasure the blessings I do enjoy. I have tremendous hope for the future given all the current advancements in treatment. I am passionate about raising awareness of this disease in younger people. I want the public to become more aware this disease does not only affect people over 50. I also want physicians to recognize the warning signs and do the appropriate testing for patients of all ages. Although cancer takes a lot from us physically and mentally, I choose to focus on the gifts that it has brought me, including an incredible appreciation of life and renewed and closer relationships with those I love.