Jacen Roberts: An advocate a decade in the making 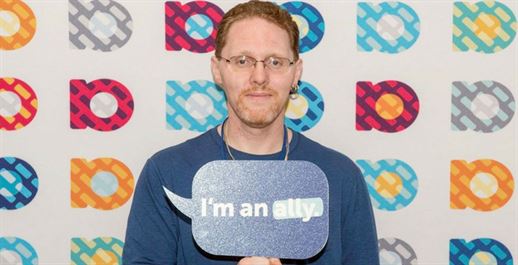 I had been dealing with constipation and irregularity since my mid 20s. When I saw a GI in 2007 or 2008, I got the typical diagnosis of IBS with constipation, due to only being 27 at the time. In December 2013, however, I saw my PCP after not having a bowel movement for three weeks. She then referred me to a GI, who immediately performed a colonoscopy in January 2014. He was only able to get 20 percent though, finding a 6.7 cm tumor in my rectum.

While we hoped for the best, no one was shocked when the biopsy showed the tumor was malignant. I was only 33 at the time. I was then referred to Memorial Sloan Kettering Cancer Center and saw a surgical oncologist in February 2014. 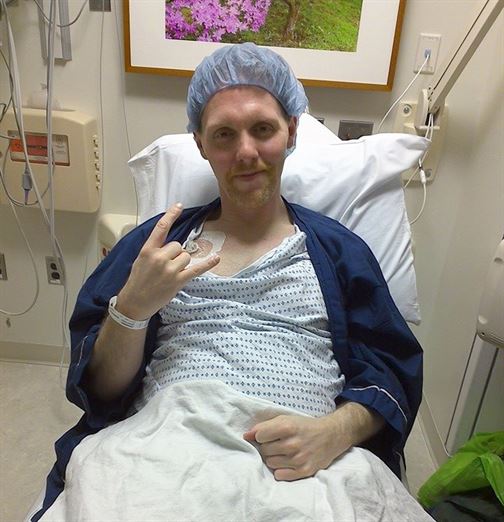 After then being sent to the medical oncologist, I underwent eight FOLFOX treatments between March and June 2014. Since this had no effect, I then underwent 25 radiation sessions in August 2014. A lower anterior resection was then performed in October 2014.

At my one-year follow-up in October 2015, a microscopic spot being monitored in my liver had tripled in size and a new one was also discovered. Due to the inability to biopsy them, I underwent a liver resection in November 2015. The pathology reports on the spots showed that they were malignant metastases.

After having genetic testing performed, I was diagnosed as Lynch-positive in January 2016. Due to this, I was forced to add an endoscopy to my annual colonoscopy and bi-annual CT scans. As of right now, I'm 37 and two years no evidence of disease (NED). I've also recently become involved with the Colorectal Cancer Alliance as a buddy and advocate.

My cancer journey has taught me that I'm stronger than I thought. Now I'd like to pass that strength on to other patients through volunteering, advocacy, and support.