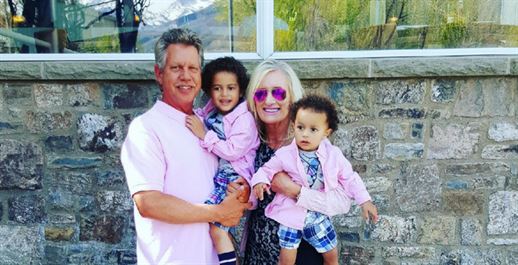 About a decade ago, Park City, Utah, resident Cynthia Kellam did what everyone should--she received a colonoscopy when she turned 50 years old. She was concerned because an aunt had received a routine colonoscopy years prior, and it had come back positive. Her aunt had cancer.

“It was just one of those things that weighed very heavy on my mind,” Cynthia says. “Colorectal cancer is a silent killer. She looked perfectly healthy, and you just don’t know.”

Fortunately, her aunt was treated and is now a thriving 90-something.

Cynthia, on the other hand, is now 62 and, up until a few weeks ago, was two years overdue on a follow-up colonoscopy. A normal-risk individual should have a screening by colonoscopy every 10 years starting at age 50, until age 75.

Recent job changes and the rising cost of healthcare prevented Cynthia and her husband from gaining health insurance, and the family couldn’t cover the cost of that essential follow-up colonoscopy.

Like many Americans, Cynthia and her husband are forgoing insurance and betting on their health, which Cynthia says is in good standing.

“We workout, go to gym three times a week,” Cynthia says. “We’re really health advocates, so we eat organic, we do a high protein diet, and we’re very health conscious, taking vitamins and taking good care of ourselves.”

But colorectal cancer can strike anyone, regardless of how healthy a person may be, a fact she and her doctor both know well.

“My doctor in Salt Lake has been telling me for two years that I really needed to get a colonoscopy, and I was delinquent,” she says. “And I knew that. The older you get, the more that’s something on your radar that you need to do.”

People’s Health Clinic, a low-cost community health clinic where doctors volunteer their time, recommended that Cynthia apply to programs like one the Colorectal Cancer Alliance runs to provide colonoscopies to in-need individuals.

“I thought I’d try that,” Cynthia says. “And thought it’d never happen. There are just so many people in my boat that can’t afford health insurance.”

But the call came in March. With funding provided by Olympus through a partnership with the Alliance, Cynthia received her colonoscopy, which came back normal.

“It is really a relief because you silently worry about it, and just the procedure itself,” she says. “You want to be able to have that peace of mind. When they gave me the results immediately that day, I just really appreciated it.”

As it turned out, Cynthia received her follow-up colonoscopy exactly where she had one 12 years ago, at Utah Gastroenterology under the care of Dr. Holly Clark.

“Everyone was kind and considerate, and it went so smooth,” Cynthia says. “It was just a really good experience, and I was really confident they were so knowledgeable in their job. I think going back there 12 years later was meant to be.”

Cynthia has told her friends and family about her experience and encourages them to get screened. She said a lot of people worry about the preparation, but she discovered this time that the preparation is better if you eat smart in the days leading up to the colonoscopy.

“Twelve years ago I remember it being so horrible, so I consciously thought I’d just eat light, and that’s my advice,” Cynthia says. “This time, I was out at Whole Foods having chicken noodle soup right after and feeling really great, so it was amazing.”

During March, the Colorectal Cancer Alliance partnered with Olympus to schedule and screen fifty people across the nation, in an effort to save lives. In March, we observed National Colorectal Cancer Awareness Month. Join us as we build our nation of passionate allies, fiercely determined to end this disease within our lifetime.