Brooks Warner: Were stomach problems from traveling or something more? 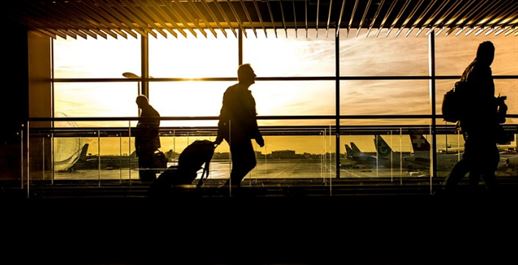 About five years ago, Brooks Warner’s dad was diagnosed with two primary cancers—one in the esophagus and one in the colon. Doctors estimated the cancer had been growing in his dad’s colon for about 10 years, based on the large size of the tumor.

At age 60, Brooks’ dad had never had a colonoscopy.

“Had he been screened at 50, it’s more than likely the cancer would’ve been caught then,” Brooks said.

Based on that information, a gastroenterologist informed Brooks that he should receive earlier screening due to his heightened risk. About a quarter of patients have a family history of colorectal cancer, which could suggest a genetic or hereditary factor. Doctors recommend screening for people 10 years earlier than the earliest case of colorectal cancer in their immediate family.

Brooks was 37 years old at the time of his dad’s diagnosis, three years shy of the recommendation, but he had been having stomach issues, primarily constipation—a frequent symptom of colorectal cancer.

Brooks’ doctor attributed the issues to the international travel he sometimes did for work. The changes in diet, time zones, and plane pressure that accompany travel can wreak havoc on the body, the doctor said.

“I thought it was weird, so the doctor was willing to help,” Brooks said. “He said, ‘You know what, it’s only three years, so we’ll get you in for a screen early.’”

While insurance companies are reluctant to reimburse testing costs for people earlier than guidelines suggest, his doctor was able to convince the company it was a good idea.

The colonoscopy revealed a polyp, a tissue growth that can sometimes turn into cancer. Doctors often remove them during colonoscopies.

Brooks will have a colonoscopy every five years going forward.

“I wanted a colonoscopy for the preservation of my life and making sure I’m around for my daughter and my wife,” Brooks said.

“Everybody talked horror stories about the preparation, but it wasn’t a big deal,” he said. “I don’t remember the screening because they put you under,  so it didn’t bother me at all. Afterward, I was glad to have done it, that’s for sure.”

Unfortunately, Brooks dad passed away from the esophageal cancer not long after his diagnosis. During Brooks’ dad’s treatment, chemotherapy and radiation nearly eradicated the colon cancer.

“It made me angry that he had never been screened,” Brooks said.

With the generous support of Boston Scientific, the Colorectal Cancer Alliance’s Blue Hope Prevention Awards Program reduces barriers to colorectal cancer screening for those most in need of a screening. For six years now, Boston Scientific has continued their commitment to the Blue Hope Prevention Awards Program, allowing the Alliance to screen nearly 150 individuals.