Bill Ramey: No one ever talked about screening 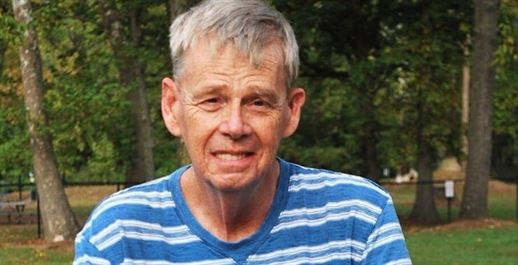 Colorectal cancer is a ride no one wants to take, but knowing the symptoms and getting screened can prevent America’s second-deadliest cancer and save lives.

Alliance volunteer and survivor Bill Ramey was there, too, with a group of locals. Sometime during the day, a young woman approached Bill and said her dad was just diagnosed with colorectal cancer at age 42.

She told Bill her age, 19, and Bill told her she should think about some kind of screening for herself—and soon—because he knows many young people diagnosed with the disease, including a good friend who is only 24.

“‘That’s still five years older than me,’” the woman said, according to Bill, who then noticed she had a phone in her hands. “I said, ‘While you have your phone out, search for Mia Batista.’”

Mia Batista, of Oklahoma City, was diagnosed with stage-IV colorectal cancer at 11-years-old in 2018. She died months later.

With tears forming, the woman told Bill she’d call her doctor the next day to investigate options for screening.

“Basically the whole thing I want to do is raise awareness, especially in the younger generation,” Bill said.

Bill wasn’t always an advocate for colorectal cancer screening. In fact, up until he was 56-years-old, he’d never heard of it.

“No one talked about screening,” Bill said. “Not even my doctor.”

That changed after an annual check-up with his cardiologist. Bill had been exceptionally tired, but he wasn’t too worried.

“I just figured I was tired at nights because I was old and working hard,” Bill said. For much of his life, Bill had laid ceramic tile, which involved carting 100-lb boxes up stairs and spending a lot of time hunched over his work.

At the cardiologist’s, the doctor took some blood, and Bill left to catch a movie with his wife, Susan, and another couple to celebrate Valentine’s Day 2013. To this day, Bill isn’t sure which movie they saw. He probably slept through it, he said.

During the movie, Bill’s cell phone—which he had left at home—buzzed and buzzed again with calls from the cardiologist.

According to Bill, in the last of three messages, the doctor said: “Quit taking your blood thinners, and don't take any aspirin, and be in my office before I get there Monday morning.”

The blood test showed Bill’s hemoglobin count was down to 6, a critically low value. In a search for answers, the cardiologist recommended a colonoscopy—Bill’s first.

Bill was soon diagnosed with stage-IV colorectal cancer. After chemotherapy and surgery, Bill enjoyed four years without evidence of disease, but then a recurrence in his liver called for further surgery and chemotherapy.

At his original diagnosis, Bill’s worries about treatment and prognosis were distant. Instead, as many people do, he focused on his family.

“It’s been seven years ago,” Bill said, “but I thought a lot about my daughter. She was a freshman in college, and I thought I wouldn’t see her graduate, that I wouldn’t be able to see her get married. But both of those came in the same year—her graduation and I got to walk her down the aisle.”

This week, Bill will have his 117th chemotherapy.

“Quite frankly, I think I’ve had it easy compared to a lot of people,” Bill said. “Chemo doesn’t make me sick, I’ve never had any pain. It just doesn’t bother me that much. But I don’t want to see all these young kids having to go through this. If there’s any way I can help to keep them from going through it, it’s what I want to do.”

Bill’s persistence in screening advocacy is informed by something a doctor told him shortly after his diagnosis.

“Judging from the size and location of the tumor in the colon, they said that I probably had cancer for 10 years,” Bill said. “So had I been screened six years earlier, I still would’ve had cancer, but it wouldn’t have been stage IV. By not being screened at 50, I went from curable to incurable.”

Screening was essential to Bill’s well-being, yet many eligible people in the United States go without being screened for colorectal cancer. In 2015, only 63 percent of people above age 50 had been screened, according to the National Health Interview Survey. Screening rates are lowest among the uninsured.

That’s why the Alliance partners with companies like Olympus to help provide funding for colonoscopies at a reduced cost or free.