It would have been easy to ignore the one instance of blood in my stool. I felt fine—a little tired, like any mom with a young child and a full-time job might feel. I am a medical laboratory technician, so I knew that blood in stool isn’t normal, but I wasn’t very worried about it. That was on a Thursday.

The following Monday I happened to mention the blood to my primary physician during our lunch break, since we work at the same clinic. She thought it could be colitis, or perhaps an inflammatory bowel. Cancer was the last thing on the list, especially since I didn’t have any family history, and because I was only 33 years old. She recommended I have a colonoscopy, a procedure not normally recommended until age 50.

Things then started to move quickly. Two weeks later, on July 1, 2014, the colonoscopy was performed by my gastroenterologist, Dr. Theresa Smith. She thought she would only find hemorrhoids, but instead found an unpleasant surprise.

“She had this fairly large polyp that was nasty-looking,” Smith recalled. “I took it out. It turned out that it was cancer.”

I was home alone when I got the call regarding my results two days later. Cancer is not what I expected to hear. I asked Dr. Smith if she could verify that she was reading the correct results because I didn’t know that someone so young could even get colon cancer. She assured me she had the correct results, but she couldn’t believe it herself.

About a week later, I underwent a colon resection where 18 inches of my large intestine and about 20 lymph nodes were removed. Because the tumor hadn’t reached the wall of the colon, I was diagnosed at stage I, the least severe. This is not a commonly diagnosed stage. It meant I was very fortunate. I didn’t need chemotherapy or radiation, just some recovery time from the surgery. 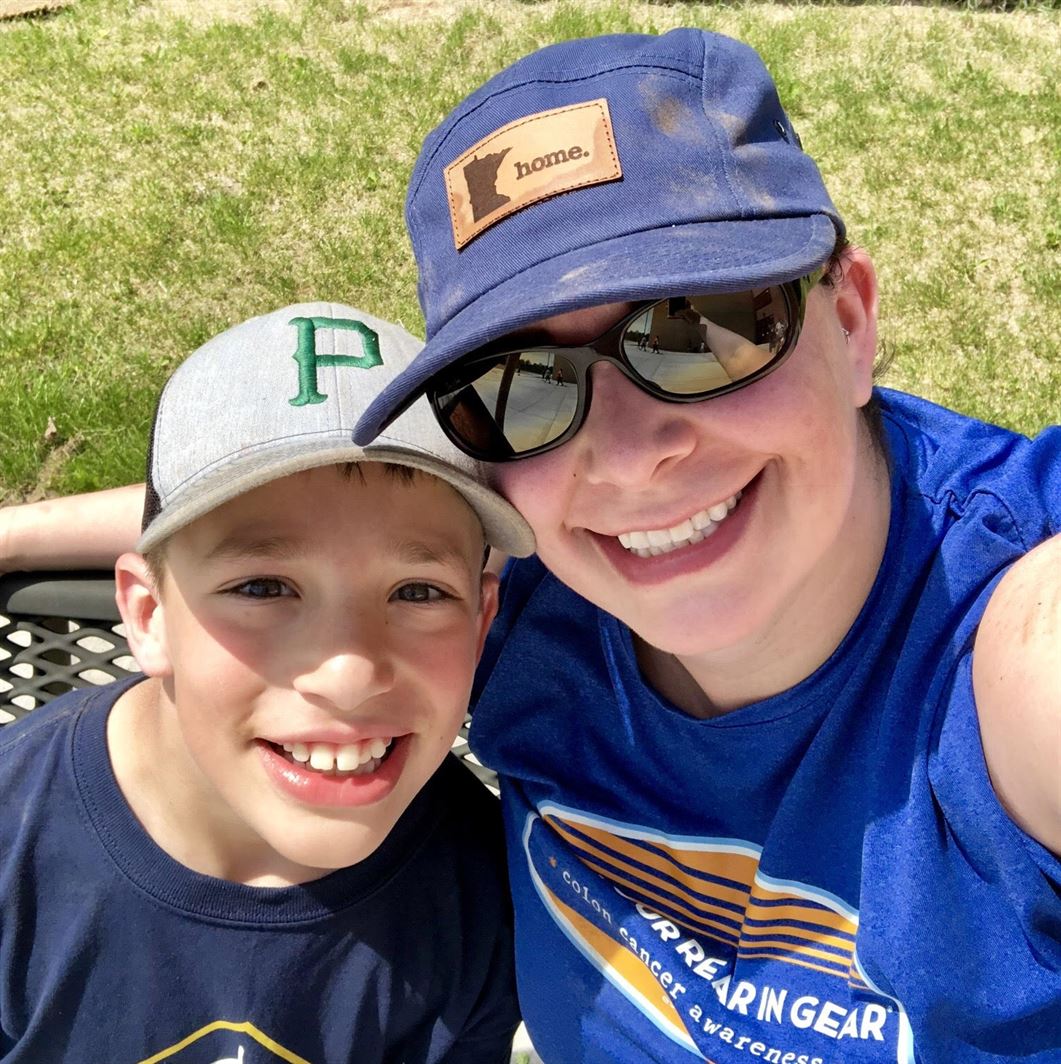 Genetic testing was done on the tumor, and I also had a genomic blood profile done. Both were negative for any hereditary components that could’ve caused my colon cancer.

“Her chance of a normal life span is almost 100 percent because her cancer was caught early,” Smith said.

If I would have waited, my story would be very different. Nonetheless, the cancer diagnosis has changed my life. I want to encourage people not to ignore the warning signs of a potential colorectal cancer diagnosis. Pay attention to everything. If you feel something doesn’t look right or feel right, check it out—right away! It is better to be safe than sorry.

People need to know that colon cancer can happen at any age. Even with my medical background, I had no idea it could happen so early in life. I am now a passionate advocate for the importance of early detection. It doesn’t matter how old you are; it’s not normal to have blood in your stool.

If you have symptoms and your doctor tells you: “It’s fine, you’re young”—find another doctor, or keep pushing until they at least order a screening test. I know that a cancer diagnosis is hard to hear, but I am proof that when diagnosed early, it is a lot easier to overcome. My cancer story isn’t a long one, and I am grateful for that!