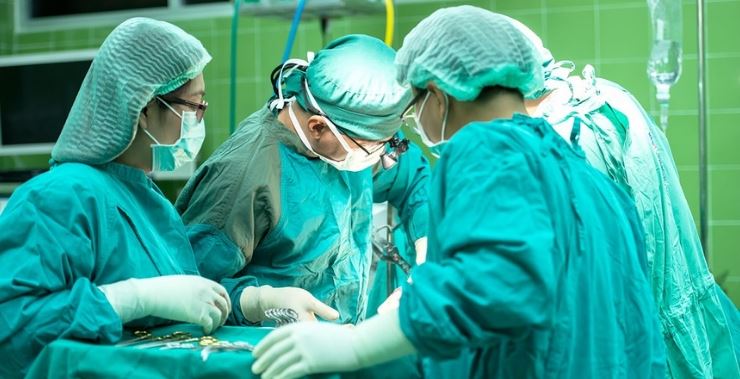 Surgery is considered the most common treatment for early stage or resectable (removable) colorectal cancers. Doctors will evaluate which type of surgery is best for a patient, depending on the extent of the tumor, where it is located. The three main types of surgery for colorectal cancer are open, laparoscopic, and robotic.

Historically, open surgery for colorectal cancer has been the conventional method for removing tumors. Recent advancements in technology, however, have enabled more laparoscopic and robotic approaches. These are considered minimally invasive surgeries that let doctors make smaller incisions and can decrease recovery time.

Laparoscopic surgery is a specialized minimally invasive surgery in which the surgeon uses several small abdominal incisions (0.5-1 cm) to insert surgical instruments into the abdominal cavity as well as a long thin lighted tube with a camera on the end called laparoscope. A larger incision, about 3 cm wide, is made to remove the tumor. The laparoscope transmits images from the abdominal cavity to high-resolution video monitors in the operating room. The surgical instruments function as an extension of the surgeon's hands to dissect and resect the tumor. During the operation, the surgeon observes the abdomen and manipulates the instruments by watching the monitors. The resected tumor is removed through the larger incision. 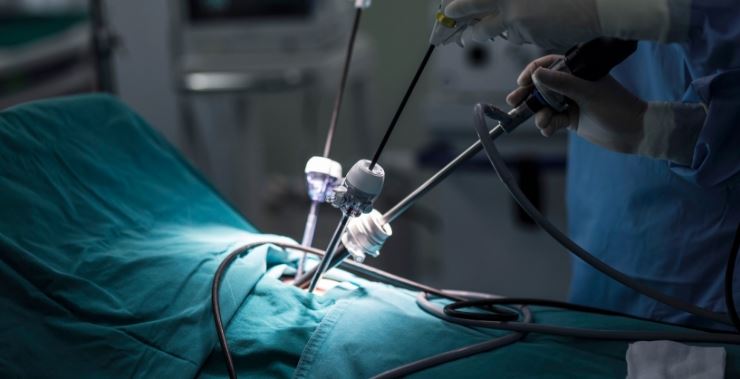 The first robotic colorectal surgery was performed in 2001. Robotic surgery lets surgeons use miniaturized instruments, operated with a console, and a 3D camera to complete an operation from a comfortable seated position with enhanced precision, flexibility, and control. The surgical instruments are inserted through small incisions and remain under full control of the surgeon. Robotic surgery comes at a high cost and may be used in conjunction with laparoscopic methods. Minimally invasive rectal cancer surgeries are often completed robotically. 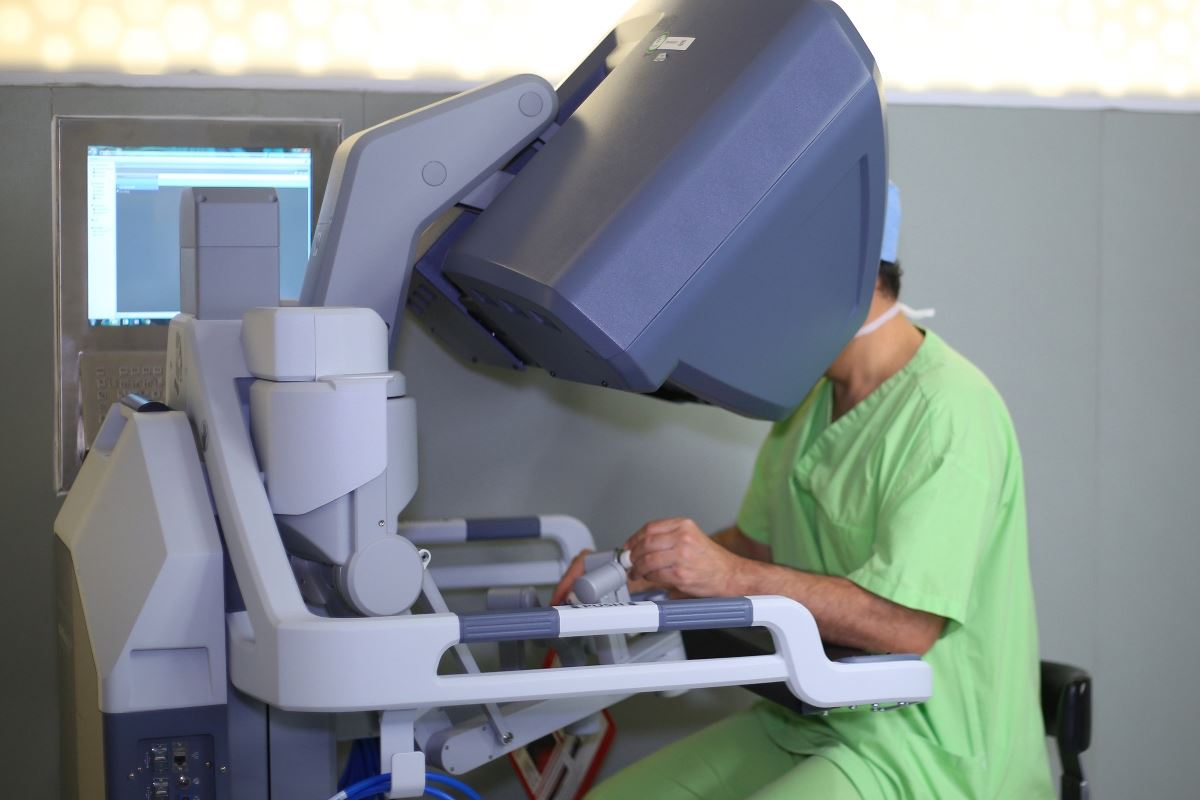 During open surgery, the surgeon makes a large cut into the abdomen to remove the tumor and part of the healthy colon or rectum. Some nearby lymph nodes are also removed. The surgeon will check the rest of the intestines and liver to see if the cancer has spread. The large incisions affect recovery time. 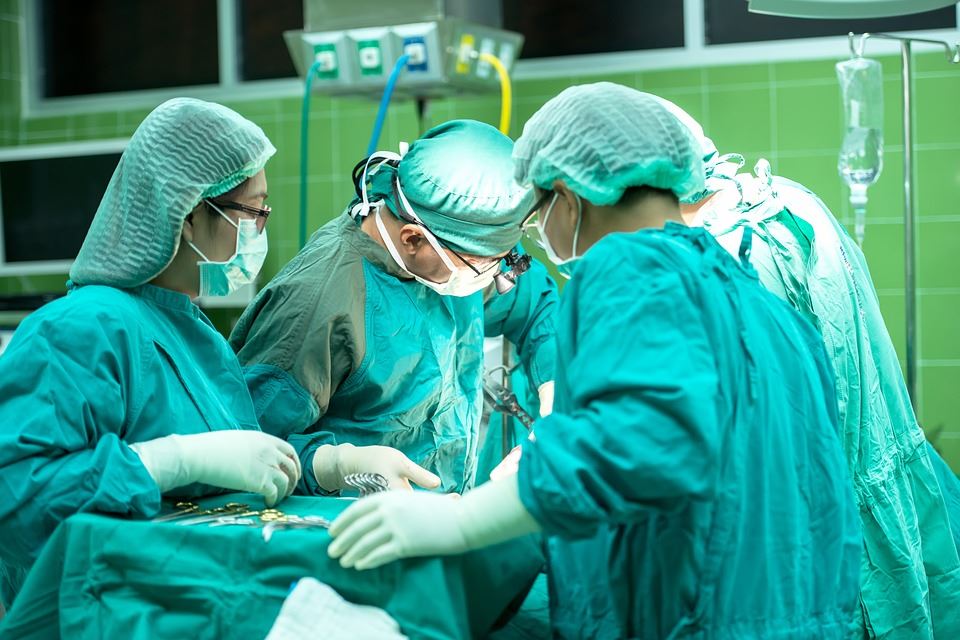 Separate from the method by which a surgeon completes a procedure, there are many types of operations. The specific type of surgery is determined by the location of the disease. Four common types are right hemicolectomy, sigmoid colectomy, left hemicolectomy, and lower anterior resection (LAR). 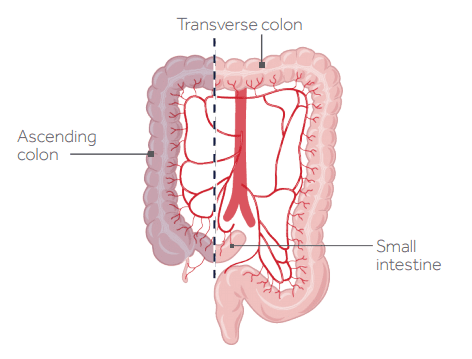 The surgeon removes the diseased portion of the sigmoid colon and then connects the descending colon to the rectum. 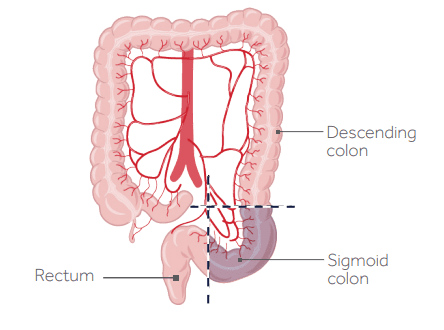 The surgeon removes a portion of the transverse colon, the descending colon, and the sigmoid colon and then connects the transverse colon to the rectum. With this surgery, patients may have an increased risk of infections at the site of surgery. Surgeons are more likely to create a temporary ostomy in patients who had left hemicolectomy, which may extend their stay at the hospital. 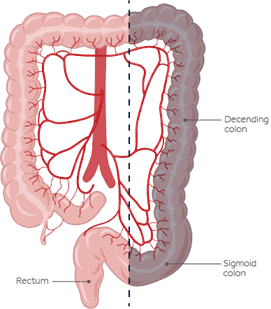 The surgeon removes the diseased portion of the rectum and then reconnects it to the descending colon. With this type of surgery patients are at higher risk of a leak from the site of reattachment of the health ends of the rectum (anastomotic leak) and fecal incontinence. To reduce the risk, your surgeon may create a temporary ostomy to divert fecal matter away from the newly created anastomosis. Rectal cancer patients are also at increased risk of developing LARS syndrome (a collection of symptoms ranging from incontinence with frequency and urgency to constipation and incomplete emptying) following their surgery. Patients who had a lower anterior resection are more likely to suffer from sexual dysfunction. 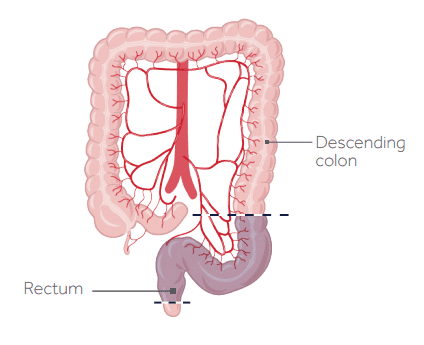 Before and after surgery

Patients are encouraged to discuss surgical options with their medical teams, along with details about surgery preparation and recovery. Surgery must be conducted on a clean and empty colon, which is achieved through preparation like the one used before a colonoscopy. Patients do face possible risks and side effects during or shortly after surgery, such as bleeding, infection, and blood clots in the legs. Immediately after surgery, patients can expect pain, which can be managed with medicine. Most patients are able to eat solid food within a few days. Thousands go on to live happy and productive lives.